The Swedish, Norwegian and Scandinavian Branches of the Illuminati

Vatic Note: More on the "Age of Satan" that the whistleblower insider told us about on our 9/9 blog. If you have not read it, its worth doing before you read the rest associated with that subject since its an excellent foundation for the rabbit hole we are going down with regard to this subject. Its deep and broad. We will try to hit as many countries as we can. We have already done a massive job on Britian and the US, and now we are spreading out to the global aspects of this "Age of Satan" they are trying to bring in and can only do under the NWO banner.  Also remember, when the Khazars migrated into Europe, that included not just eastern Europe, but also northern Europe, such as sweden, denmark, findland, norway, belgium and netherlands.

A one world religion based on Satan. And the irony is this could only happen with the COOPERATION AND SELL OUT OF THE FUNDAMENTALIST FRINGE CHRISTIAN ZIONISTS. It could never have happened otherwise.   Just take a look at how pervasive this Satanism is throughout the world and the network at the highest levels of gov they have infiltrated and now control.   This is no accident of history, this is planned, funded and well executed by the Rothschild 13 families and their minions within each gov.   Its the people who do not have a clue including here in the US.  When you read below what he gives us you know its way bigger than we thought, HOWEVER, THAT MAKES IT WAY MORE VULNERABLE TO US HARMING THEM THEN THEY THOUGHT.  We know who they are now.   And we know there are only maybe 10,000 worldwide to our 6.8 billion and that is why they need DEPOPULATION AND ARE SCREAMING FOR IT OR THEY ARE TOAST, once the people wake up.


The Swedish, Norwegian and Scandinavian Branches of the Illuminati
by Leo Zagami, Dec 12, 2006
http://illuminati-news.com/2006/1213a.htm 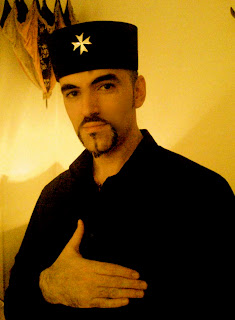 Iceland is also known as the Thule Island were you can still find some of the Nazi elite SS officers in hiding...as I witness with my own eyes dear Greg.

Scandinavian Freemasonry in the hands of the Swedish Vatican Nazi elite is so powerful that nobody ever touch them in the II World War. Actually the Swedish government even charged TRAIN TICKETS to the NAZI OCCUPATION ARMY on their way to Norway. And the Norwegian elite welcome Nazism quite openly as they were coming in. Himmler established the concept that Trondheim had to become the future capital of the so called pure Aryan Empire. I can assure you that the Vatican and the Satanic elite love this Genetically pure race naive people connected to the most bloody ancient pagan cults that still practiced in secret nowadays.[1]    They are the ones who secretly support engineering, genetic modification (GM) to create the ultimate puppets and robots of the coming NWO Empire of evil.

Scandinavia is not very populated and they used them for a lot of experiments including the study of DNA that was done in Iceland were the whole population as given away their data to these criminals. But as we said before Iceland protects and works within the Nazi frame and many lodge of illuminati are present their and in all of Scandinavia. Very sick lodges with very sick rituals.

In Norway the sects and all the various cults are so powerful that the government as even created a special society to deal with the victims of the many abuses that take place. But nobody does anything to stop these perverts and in Oslo like in Stockholm the catholic clergy is dealing openly and directly with the Satanist of the Ordo Templi Orientis, the Temple of Set of Lt.Col. Michael Aquino and the various sects that are involved in ritual child abuse and the likes because the mass is completely brainwashed and under their demonic control.

The Scandinavian illuminati community and the Swedish Rite of Freemasonry practiced in Scandinavia are also very influential in the United States and they considered an example to follow by the illuminati scum bags that want complete control over their citizens...over the sheep. The Scandinavian are a living experiment of the illuminati since the time of the Nazi occupation and soon the Americans will feel the same sense of oppression from the State but the only difference is a willing participant of the game because the people over here are already under the full control of the Nazi-Fascist State.

The burning of th Churches was the biggest signal the Jesuits and the Vatican ever gave to the world of the true believers , after that the Satanic millennium could take off even more then after the 'Rising Forth' ritual of Anton LaVey to terminate the Hippie movement (created also by the Vatican illuminati and their so called communist agents..).

We have now the living prove of what is evil in the world we have George W. Bush ruling from the White House by the stick as we use to say in the the Comitato Esecutivo Massonico - Masonic Executive Committee (MEC) of Monte Carlo but soon him and his Satanic Father George H. Bush will move to protect their interest when this evil theatre is finally unveiled in front of mankind. Yes to protect their evil MK-ULTRA agents and their pedophilia rings the Bush family is planning for total Nazi control and no possibility of knowing were your children are when they disappear in the hands of one of these black magicians and servants of Satan.

So we all know now their evil plans and its time to react and unite against these Fascist perverts and their Nazi dictatorships Made in Rome home of all perversions and true abominations .If we come together now and start a real Movement dear Greg we can save the future of our children .

So please don't hesitate and spread the word as I'm putting together an army of true believers to fight the living Satan in Washington, Rome and Jerusalem as we talk, maybe I'm a dreamer but I'm not willing to give up the fight otherwise we are gonna be left with nothing at the end of this evil show. And don't ever trust communism is just another form of Satanism created and promoted by the Jesuits and their evil boys like Stalin.

Join the army of God by simply making yourself aware of things trough our web sites and our Radio Shows and do not tolerate what is not tolerable anymore, we were born free and we have to stay free in the United States as well as Europe and soon we will have to fight for our Freedom. So Freedom Fighters Unite now or never is our motto.

My time in the illuminati taught me that these people are all united so we have to be the same otherwise we have no hope of serving as a species if we follow these criminals in their path of global destruction and pain at the hands of an evil elite full of Zionist perverts and Jesuit parasite's ready to cash in on anything possible including the second coming.

What is the Swedish Rite?

The Swedish rite is part of Scandinavian Freemasonry a Christian fundamentalist Fraternity secretly linked with the Vatican and the Jesuits.  (VN:  Now we know why the fundamentalists are also Zionists since even the vatican works for them)

The system is grouped into three divisions as follows:

X Very Enlightened Brother (Very Vatican illuminati...)
On top of the system is:

There are approximately 60 freemasons in Sweden currently holding the XIth degree. They are present or past members of the Grand Council or Grand Officers.

In 1811 King Karl established the Royal Order of King Karl XIII. It is a civil order, conferred by the King, only to Freemasons holding the XIth degree with the number limited to 33. It is, however, not a Masonic degree.    Progression from one degree to the next is far from automatic. A brother has not only to be regular in attendance - he has to give proof of his proficiency and of his knowledge of Freemasonry.

There is only one form of accepted ritual for each degree, and deviations are not tolerated. The presiding Master follows an accepted ritual manuscript when working a Lodge.

The Swedish Rite is worked in Sweden, Norway, Denmark, Finland and Iceland. It is also, in a German variant, practiced in Grosse Landesloge der Freimaurer von Deutschland (the Grand Lodge of All German Freemasons).

The only Nazi Vatican illuminati Grand Lodges in the world working this so called Christian Rite with the blessings and written approval of the Pope are :

Their Masonic Worldwide Network of mutual recognition and collaboration includes the following :

lluminati and Crime Prevention in Sweden

How is it possible?

Well ask your local police and you gonna see what kind of reaction you get when you start mentioning the illuminati criminals from the Ordo Templi Orientis, or Lt.Col Aquino the ultimate PSYOP Master of the Devil and the guys from the Temple of Set. But at the end of the day they are serving the Vatican Satan and they are the evil secret police of New World Order as we all know by now. Be ready to fight when you have a Satanist like Introvigne doing lectures to the National Council for Crime Prevention in Sweden.

Did Introvigne lecture in Sweden to protect us from what?

This world is going completely insane so lets go with the Swedish way to Nazism!

Email ThisBlogThis!Share to TwitterShare to FacebookShare to Pinterest
Labels: zs_Satanism