Republican Obstruction Is Undermining The Supreme Court, Enough Is Enough

Clerk Note: The Trump circus train wreck together with these damning facts of Republican obstruction are why this election ought to signify their insignificance and major loss.

Republican Obstruction Is Undermining The Supreme Court, Enough Is Enough

This week, the Supreme Court returns to work. The Justices will hear important cases on issues ranging from the separation of church and state to intellectual property to Congressional redistricting to the death penalty. Many of the cases address questions that are fundamental to our democracy: the right to vote, for instance, or what constitutes U.S. citizenship. Yet – regardless of the stakes – Republicans in Congress have forced the Court to weigh these pivotal issues one Justice short of the Court’s full panel of nine.

In a city of self-inflicted wounds, this one is more dangerous and less defensible than most.

It’s been 202 days since I nominated Merrick Garland to the Supreme Court. That’s more than five months longer than the average nominee has had to wait over the last 40 years to receive a hearing in Congress – let alone an up or down vote. This delay has nothing to do with Judge Garland’s personality or his qualifications. Senators on both sides of the aisle acknowledge that he is a distinguished legal mind, a dedicated public servant, and a good and decent man.

Read more »
Posted by Vatic Clerk at 1:33 PM No comments:

The Wikileaks revealed election fraud and how the Global Corporate Mafia works:

Here are findings from the Wikileaks DNC document Dump, and you already know Hillary is a huge part of the Mafia’s DNC mess. The Corporate Political Machine shut down Wikileaks so we couldn’t see how the game is played. This alone shows how damning the evidence is! We only have 18 days left to fight this system; making this post viral is today’s direct action.

Read more »
Posted by Vatic Clerk at 2:11 AM No comments:

HILLARY WIKILEAKS: Top 10 You Must Know

HILLARY WIKILEAKS: Top 10 You Must Know


Breaking down the (current) top 10 most damning Hillary/Podesta emails released by Wikileaks.

References and more at http://louderwithcrowder.com/top-10-w...

Subscribe to Louder With Crowder on Soundcloud and iTunes! https://soundcloud.com/louderwithcrowder

Check out more of my videos!

The 2nd Amendment : For Muskets Only?!
https://www.youtube.com/watch?v=CquUB...

Pop culture and politics from the most politically incorrect comedy channel on the web. Hippies and Muslims hate me!

Posted by Vatic Clerk at 1:11 AM No comments:

The article is reproduced in accordance with Section 107 of title 17 of the Copyright Law of the United States relating to fair-use and is for the purposes of criticism, comment, news reporting, teaching, scholarship, and research.

Posted by Vatic Clerk at 1:22 AM No comments:

The many accomplishments of Hillary Clinton

Clerk Note: This has some definitive skew, so search for nuggets of truh.

The many accomplishments of Hillary Clinton

Dick Morris was a friend and long-time adviser to Bill Clinton, beginning when Bill was Governor of Arkansas. Morris became a political adviser to the White House after Clinton was elected president in 1992, and the campaign manager of Bill’s successful 1996 bid for re-election.

In an email, Morris has written an analysis of a Bill Clinton TV ad for Hillary who is, though unannounced, widely believed to be a candidate for the presidency in 2016. (God help us!)

The Most Important WikiLeaks Revelation Isn’t About Hillary Clinton

The Most Important WikiLeaks Revelation Isn’t About Hillary Clinton

What John Podesta’s emails from 2008 reveal about the way power works in the Democratic Party.

The most important revelation in the WikiLeaks dump of John Podesta’s emails has nothing to do with Hillary Clinton. The messages go all the way back to 2008, when Podesta served as co-chair of President-elect Barack Obama’s transition team. And a month before the election, the key staffing for that future administration was almost entirely in place, revealing that some of the most crucial decisions an administration can make occur well before a vote has been cast. 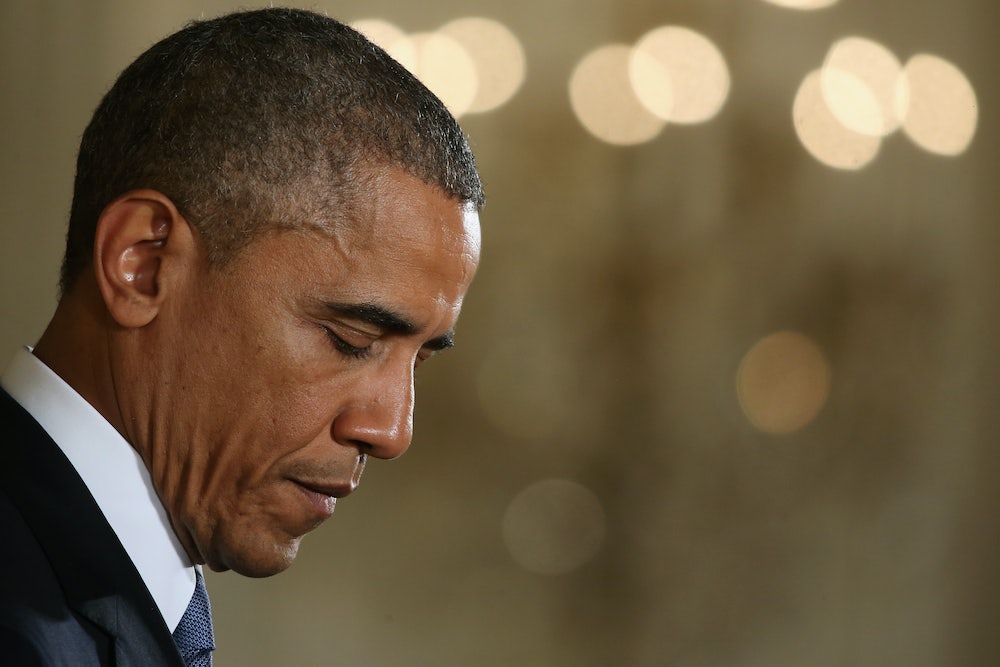 Clerk Note: I don't have nearly the technical issues in posting that the late Vatic Master had. But trying to post this article about Trump was different.

Presumptive Republican presidential nominee Donald Trump has thrown everything but the kitchen sink at Hillary Clinton when it comes to her husband's escapades. "The kitchen sink," in this case, is Jeffery Epstein's “Sex Slave Island” and President Bill Clinton’s ties to it.

Why wouldn’t Trump use this ammo? The answer is simple: Trump himself has ties to Epstein, the billionaire Democratic donor and convicted pedophile known for having under-age sex slaves on his private plane and what the media calls "Sex Slave Island."

Here are seven connections between Trump and Epstein's sex slave endeavors that you need to know about:

Read more »
Posted by Vatic Clerk at 1:44 AM No comments:

Clerk Note: Yes, Secretary Clinton is corrupt; so don't vote for her. But that doesn't mean you should vote for the dumpster fire that is Trump and much worse for being ignorance. Pick a third party, PLEASE!

There’s no doubt that Donald Trump has said many things that would have been political suicide for any other Republican candidate. And almost every time he made one of these shocking statements, political analysts on both the left and the right predicted that he’d lose supporters because of it. But as we have clearly seen over the past year, they were dead wrong every time. Trump appears to be almost totally bulletproof.

The only thing that might be more perplexing than the psychology of Donald Trump is the psychology of his supporters. In their eyes, The Donald can do no wrong. Even Trump himself seems to be astonished by this phenomenon. "I could stand in the middle of Fifth Avenue and shoot somebody, and I wouldn't lose any voters, OK? It's, like, incredible."

Scientists and engineers can spend years of their lives in painstaking trial-and-error experimentation to develop a breakthrough new technology…and the military-industrial complex can find a way to militarize it in mere hours.

Sadly the military aren’t the only ones interested in the latest gadgets and inventions, though. The alphabet soup agencies are equally voracious for innovative new ways to spy on the public. Today let’s examine five of the most amazing technological breakthroughs…that are about to be turned into nightmarish spying tech.

Email ThisBlogThis!Share to TwitterShare to FacebookShare to Pinterest
Labels: Technology

The Roots of Modern Racism

The Roots of Modern Racism

In this week’s podcast, WhoWhatWhy’s Jeff Schechtman talks to Professor Aldon D.Morris, author of a book on one of the greatest scholars of the twentieth century, W.E.B. Du Bois — a black man who brought intellectual rigor to the science of sociology, and used it to reveal the inherent equality between blacks and whites.

Morris describes what Du Bois was up against: The primitive sociology being taught in those days on the genetic, cultural, and intellectual inferiority of the “Negro race.” And the theories of people like Booker T. Washington, who thought black people should not be given a liberal arts education, but, rather, an “industrial education” — to learn to work with their hands, and not their minds.

Morris details the ways in which Du Bois challenged these concepts — with his extensive field studies and sophisticated analysis of real data on race and crime. 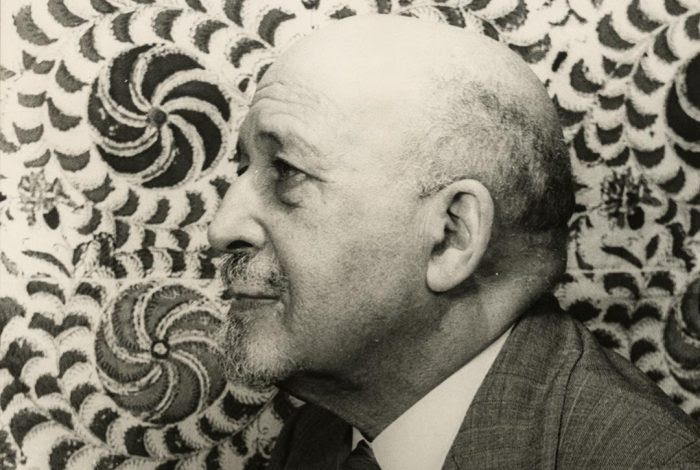 Email ThisBlogThis!Share to TwitterShare to FacebookShare to Pinterest
Labels: Racism

Many Americans have no friends of another race: poll

Many Americans have no friends of another race: poll

The figures highlight how segregated the United States remains in the wake of a debate on race sparked by last month's acquittal of George Zimmerman in the shooting of unarmed black Florida teenager Trayvon Martin. President Barack Obama weighed in after the verdict, calling for Americans to do some "soul searching" on whether they harbor racial prejudice.

There are regions and groups where mixing with people of other races is more common, especially in the Hispanic community where only a tenth do not have friends of a different race. About half of Hispanics who have a spouse or partner are in a relationship with non-Hispanics, compared to one tenth of whites and blacks in relationships.

Email ThisBlogThis!Share to TwitterShare to FacebookShare to Pinterest
Labels: Race

Chile, September 11, 1973: The Ingredients of a Military Coup. The Imposition of a Neoliberal Agenda

Chile, September 11, 1973: The Ingredients of a Military Coup. The Imposition of a Neoliberal Agenda

The objective was to replace a progressive, democratically elected government by a brutal military dictatorship.

The military coup was supported by the CIA. Secretary of State Henry Kissinger played a direct role in the military plot. (Nixon and Kissinger, image right)

For details see: http://globalresearch.ca/articles/KOR309A.html  and references below.

A Story I Had to Leave Out of My Book 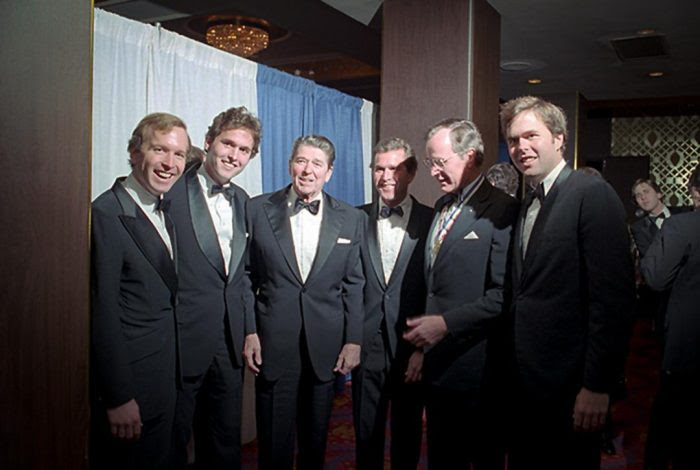 Why did George H.W. Bush and his cabinet determine that John W. Hinckley Jr. — the man who in 1981 tried to kill the newly inaugurated President Ronald Reagan — was a lone nut, and no conspiracy, foreign or domestic, was involved? How did they arrive at this conclusion just five hours after the shooting, without any thorough examination?

And why won’t the Federal Bureau of Investigation release its documents on the shooter?