Vatic Note:  Finally, a truly indepth identification of even more subversive players in the Khazar Zionist banking cartel that has infiltrated and manipulated our nation, government, agencies, dept of defence, secretary of state and other congressional staffs in order to control policy and agenda, and its a full explanation of why the "people" are no longer heard or listened to.   WE are truly foreign occupied country now by a nation that claims to be an ally but has murdered more Americans than all the muslim nations put together, and the job is to rid us of these "MASTERS OF DECEPTION", first through EXPOSURE, and then through whatever it takes to kick them out of here for good,  Iceland and Argentina ring a bell???  Iceland was the "Mouse that Roared" and we must become the tiger that roared.  Remember to save these pictures of these faces playing games with us.

LATEST IN AN ONGOING SERIES 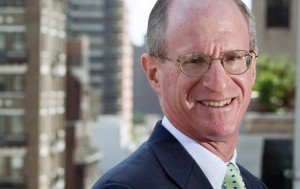 Yes, the Rothschild dynasty-connected billionaire families and financial groups who own the mass media in America—interlocked with the banking interests controlling privately owned Federal Reserve System that dominates the world economic system—are planning to spring a “centrist” third party on the American people.

All-new revelations now appearing in the self-styled “mainstream” press fully confirm what AMERICAN FREE PRESS—alone among the media—first asserted seven months ago in a four-page exclusive special report published in its May 31 issue.
The opinion pages of the two most powerful newspapers in America—The New York Times and The Washington Post—have been rife with repetitive rhetoric about the need for the American people to reject both “the left” and “the right” and stand behind “centrists,” who will “end partisan gridlock.” But there has also been—behind the scenes—an ongoing, long-standing, carefully crafted scheme to set a “centrist” party in motion.

As AFP noted on Nov. 15, the first formal notice came in The New York Times on Oct. 3, when influential columnist Thomas L. Friedman, generally perceived as a “liberal,” noted grandly in a column entitled “Third Party Rising” that he knew of two separate efforts to launch such a “centrist” movement which he made clear was something he endorsed. Friedman tantalized readers by mentioning no specific names, but it was clear Friedman was writing from an “insider” standpoint.

On Nov. 28, writing in The Washington Post, Pulitzer Prize-winning “conservative” writer Kathleen Parker finally and formally lifted the veil of secrecy surrounding the third party venture in a commentary entitled, “Who will lead the centrists?” Her column revealed a new group, called “No Labels,” was being launched. Asserting “dissatisfaction with Washington’s systemic failings,” Ms. Parker wrote that “when the porridge is either too hot or too cold, the moment for something in between is ripe,” adding that “centrism has a place at the table by virtue of the sheer numbers of middle Americans, the depth of their disgust and the magnitude of our problems.”

Ms. Parker concluded that “There’s little appealing about either party dominated by a base that bears little resemblance to who we are as a nation or the way most of us live our lives. . . .” She then asked the question: “What if there were an alternative?” and added pointedly:

“All that’s missing from a centrist movement that could be formidable is a leader. Anyone?”

The Post columnist noted that among the key financial backers of No Labels is James Tisch. Although grass-roots Americans who might be attracted to a “third” party alternative probably don’t recognize his name, Tisch is a member of the billionaire family which grabbed control of the CBS media conglomerate in 1986, asserting its purpose was to ensure especially favorable coverage of Israel at a time of growing uneasiness with Israel’s Middle East intrigues.

An influential figure beyond question, Tisch has been president of the Jewish Communal Fund, was founding chairman of the Jewish Leadership Forum and serves on the executive committee of the American Jewish Joint Distribution Committee. He is also a member of the Council on Foreign Relations (CFR), the New York affiliate of the London-based Royal Institute of International Affairs, the foreign-policy-making arm of the Rothschild banking dynasty.

To underscore the importance of the No Labels venture, The Washington Post followed up Ms. Parker’s commentary by one published on Dec. 3 under the title “A grass-roots answer to gridlock,” written by two of the high-level founders of No Labels.

The two figures in question—a “liberal” Democrat and a “conservative” Republican—demonstrate the ostensible bipartisan (and distinctly internationalist) nature of the “centrist” effort: David Frum, a former special assistant and speechwriter to President George W. Bush and William Galston, a former domestic policy advisor to Bill Clinton.

Frum—a neo-conservative pro-Israel hard-liner (and hardly a “centrist”)—is infamous for coining the term “Axis of Evil,” which he inserted into a speech he wrote for Dubya Bush, who popularized the phrase as part of the “war on terrorism.” But, more notably, Frum once published an extended attack on nationalists who reject American globalism and warmongering (which just happen to be the central components of the New World Order agenda).

Likewise, the ties of Frum’s No Labels colleague, Galston, further illustrate the origins of the “centrist” scheme being unleashed. Galston is now a courtier to the publicly little-known, but globally influential Rothschild- allied billionaire Zilkha family and holds the chair in “governance studies” at the Brookings Institution, a post funded by Baghdad-born New York-based Ezra Zilkha, another key figure in the Council on Foreign Relations.

The heir to Khedori Zilkha—once described by The New York Sun as “a towering figure who bestrode the financial landscape of the Middle East, Europe, America and Asia and became an important player in international banking”—Ezra Zilkha was described by the Sun as “a living legend” in his own right, who assessed his own ancestry thusly: “My family were proud members of the Jewish community that Nebuchadnezzar established. When the Babylonian captivity ended and many Jews returned to Jerusalem, my ancestors stayed behind. I am always conscious of history. My sensibilities are rooted in antiquity.”

In their Post commentary, Galston and Frum announced that No Labels is engaged in organizing in every state and congressional district and that there will be a major national meeting held in New York on Dec. 13. They also revealed the underlying propaganda nature of their program. Over the next two years, No Labels operatives will be taking to task any and all who do not abide by their agenda. According to Galston and Frum:

They will highlight those officials who reach across the aisle to help solve the country’s problems and criticize those who do not. They will call out politicians whose rhetoric exacerbates those problems, and they will establish lines that no one should cross. Politicians, media personalities and opinion leaders who recklessly demonize their opponents should be on notice that they can no longer do so with impunity. . . .

In short, the purpose of No Labels will be to enforce a new “political correctness” enforced by public and media pressure, ensuring that anyone who goes beyond the approved “pale” and ventures into rhetoric and political discussion deemed unseemly will be held to account, subjected to widespread opprobrium.

For example, those who question the official government version of the 9-11 terrorist tragedy, or raise concerns about U.S. bias in favor of Israel in the conduct of Middle East policy, or object to unending budget-busting foreign military ventures, will be savaged as inimical to American national interests.

Frum and Galston claimed No Labels is “not a nascent third-party movement” nor a “stalking-horse for an independent candidacy” and that “it is not a front for anyone’s agenda.” However, the obvious political nature of the venture—which includes the formation of political action committee fundraising efforts—belies these protests. No Labels is clearly what it appears to be, another attempt to internationalize and bankrupt America with Israel coming out on top.

A review of the No Labels website at nolabels.com  lists a growing array of “advisors” who constitute a broad-ranging selection of journalists, pundits and publicists— few nationally known but all of whom have outreach in their own particular realms. And this marks a movement that could be especially influential.

The clique of media voices promoting the “centrist” movement has been hyping rhetoric referencing “American national greatness” and “American exceptionalism”—which rings soundly in the hearts of patriotic Americans—but these are terms that have a deeper meaning than might appear.

In fact, these terms have their origins in the writings of a host of so-called “ex-Trotskyite” agitators—now called “neo-conservatives”—who have energetically worked to suppress traditional American nationalism in the effort to remake the United States into a globe-straddling empire with the blood and treasure of the American people used to set in place a New World Order. The “conservative” internationalists and the “liberal” internationalists have bound together to work to bring this into being, and the “centrist” endeavor is at the foundation of what can only be described as a conspiracy, vastly inimical to America’s interests.

A journalist specializing in media critique, Michael Collins Piper is the author of The High Priests of War, The New Jerusalem, Dirty Secrets, The Judas Goats, The Golem, Target Traficant and My First Days in the White House All are available from AFP.