Vatic Note:  This is an incredibly informative article and a must read of all the links.  It says the gov/pentagon had a treatment for the Ebola Virus since 2010 and the Pentagon had it buried for those two years in which it could have been used.  But given this below, we know now, that if Ebola should emerge, INTENTIONALLY, as a bioweapon, that the Pentagon has the capability to destroy it and or cure it.

One thing that bothers me most, is with our new found distrust of our government, scientists,  bureaucrats, the military etc..... that our elected reps should have a list of those 18 developed bioweapons that they have access to and a list of which ones do not yet have a cure. Then do a peoples referendum that if they get that list and do not share it with the public, then they get the death penalty for treason.  Buried in this is some good news, if you can call anything about this good news, but I am willing to try.

The good news about this is, all of the cabals work to change us as humans so they have at least 500 million globally who will work as slaves, will not resist, and will be changed sufficiently with the DNA manipulation,  that those are the very people who will end up dying from such a bioweapon, because of their lack of ingenuity, adaptability, and creativity.

The rest of us they intend to try and erradicate, are the ones that will have the tools to prevent themselves from being wiped out.  That could ensure that only their created beings will be the ones gone when all is said and done in the end.  What poetic justice that would be, for them to only be left with the resisters.  I consider that somewhat good news.  lol 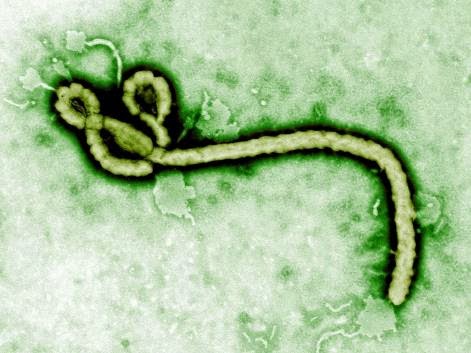 Montgomery Granger, a retired U.S. Army Reserve major, asks whether the US government would hide an Ebola vaccine to preserve Ebola as a possible bioweapon.
http://www.theblaze.com/contributions/ebola-obama-and-the-sacrifice-of-the-american-military/

The answer seems to be, yes. The US government patented the Ebola virus in October 2009, but it has emerged, a treatment from 2010 was kept dormant for two years.

“The technology for antibody cocktails such as ZMapp has “been around for a few decades,” says Robert Garry, a professor of microbiology at Tulane University. “This is something that, given the emergency, the government could have moved a little faster on, quite honestly.” He’s more right than he knows.

The treatment came into the hands of a little-known Pentagon agency in late 2010, and, Bloomberg Businessweek has learned, ZMapp sat there dormant, waiting for a contract, for two years.” reports Businessweek.
http://www.businessweek.com/articles/2014-09-24/ebola-drug-zmapps-development-delayed-by-pentagon-agency

The article also mentions the astronomical sums of money that have gone on “biological threat agents” including Ebola.

After 2001, that budget rose from $880 million to $1.12 billion. Since then, roughly a third of the Pentagon’s budget for biological and chemical defense, about $3.9 billion in total, has gone toward a list of “biological threat agents.” The list is classified, but it now numbers 18, according to a 2014 analysis by the U.S. Government Accountability Office.

Ebola is almost certainly on this list and likely near the top. The Soviet Union had an Ebola program, and Aum Shinrikyo, the cult that released the sarin gas in Tokyo, sent doctors in 1993 to what is now the Democratic Republic of the Congo on an unsuccessful mission to get an Ebola sample.”