Vatic Note:  Oh, my, I am humbled by the level and quality of work done on this research.  I thought of myself as a damn good researcher, but this beats all.   This is excellent and a must read if you truly want to understand what 9-11 was all about and all the dynamics and levels involved in this history  and country changing event.  Only one comment and observation .


This finally explains it for me,  how the Carlyle group got a front seat show to the 9-11 event.... in NY City on  that fateful day.  Remember the Carlyle Group is a khazar group.  Do not let the "Bin Laden" family fool you.  None of the royalty and major families of Saudi Arabia were arabs, they were in fact khazars placed there by the monarchy of England * back post WW I.  It was their way to control the oil.   Just like the Muslim botherhood is not comprised of muslims, rather satanist khazars.  Thats for another blog and another day.  (*scroll down to the article to read who they really are)


I never understood how the  Carlyle Group  rated a front row seat to watch it all unfold.  With this below, I now understand.  Bush is a khazar and so were the Bin Ladens and Saudi Royals.   I will leave the rest of the article up to you to discern as I have no more to add than providing this research from Pragmatic witness. 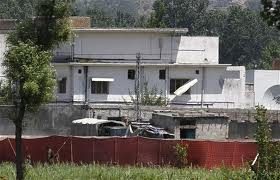 In a civil lawsuit filed last Tuesday in federal court in Manhattan, USAttorney Preet Bharara seeks damages and losses on Deutsche Bank-issued mortgages backed by US taxpayers via HUD. The world’s third largest bank – majority-owned by the Warburg dynasty that funded Hitler – also needs to answer for its role in 911.

Days after 911 Bush SEC Chairman Harvey Pitt, who was later forced to resign over his pathetic response to a series of corporate scandals, appeared on CNN to reveal a pattern of unusually heavy volumes of short selling of both airline and insurance stocks in the week prior to 911.  Pitt vowed to track these trades down, speculating that al Qaeda may have been involved.  It was the last time anyone in the Bush Administration mentioned it. 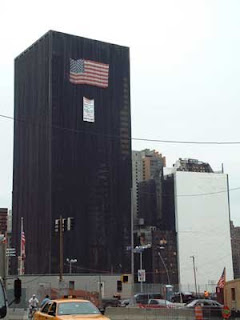 According to the Herzliyah International Policy Institute- an Israeli anti-terrorism organization- the ringleader in shorting these stocks was Deutsche Bank Alex Brown.

An article in Barons  corroborates this fact.  American and United Airlines and the reinsurance giants who covered the WTC – Munich RE, Swiss RE and the French Axa – were specifically targeted.

The numbers on the reinsurance companies were similarly lopsided.  By far the biggest trader of the put options was Deutsche Bank Alex Brown- the US trading arm of Deutsche Bank- which bought traditional Eight Families’ wealth repository and largest Four Horsemen shareholder Banker’s Trust in 1999 to become the world’s largest bank with $882 billion in assets.

Ingram is a close friend of Clinton Treasury Secretary and Goldman Sachs insider Robert Rubin- most recently a board member at Citigroup.  Ingram earlier worked at both Goldman Sachs and Lehman Brothers.

Banker’s Trust purchased the fast-growing Alex Brown investment bank in 1997 before the two were merged into Deutsche Bank. Alex Brown took its name from founder A. B. “Buzzy” Krongard, who served as chairman until the 1997 Banker’s Trust buyout.  Krongard then became the #3 man at CIA.  On September 15th- four days after 911- the New York Times reported that Deutsche Bank Global Private Banking Chairman Mayo Shattuck III had suddenly resigned.  Mohammed Atta and two other alleged hijackers had accounts at the Deutsche Bank Hamburg headquarters.

There were reports that bin Laden’s family had just taken a large stake in Deutsche Bank, with help from Carlyle Group financial adviser George Bush Sr. The bin Laden’s had $2 million invested in Carlyle Group. They also held big stakes in Microsoft and Boeing; and had extensive business dealings with Citigroup, GE, Merrill Lynch, Goldman Sachs and Fremont Group- recently spun-off by Bechtel.

Within twenty days of 911, Deutsche Bank had hired away- and thus effectively silenced- SEC lead investigator Richard Walker, whose main task had been to delve into the mysterious shorting of airline and insurance stocks prior to 911. Deutsche had ties to Enron’s LJM and Chewco partnerships. Enron also hired away SEC officials, while recruiting heavily from CIA to staff its global security operations.  Some speculate that the vast pool of money that disappeared into the Enron abyss may have been a slush fund for 911 short-trade profiteering, or even for the operation itself.

The Four Horsemen-now majority-owned by Deutsche Bank, the Banker’s Trust buyout- got their desired US military presence in Central Asia courtesy of 911. With the US occupation of Afghanistan and new US bases popping up all across Central Asia, Big Oil’s Caspian Sea bonanza would now sport US taxpayer-funded armed guards. BP Amoco director Zbigniew Brzezinski’s 1997 bookower and singled out Uzbekistan as the key n The Grand Chessboard… called Central Asia the key to global pation in Central Asia.