*** Fundraising:  We wish to take this time to thank those that donated to reduce our deficit and to wish them the very best Christmas season ever.   Our deficit is currently down to $130, and with still some time before the first which gives us some breathing room to spare. We would like to thank those that have contributed so far and to acknowledge what a sacrifice it was on such a holiday season.  Knowing the cost of even the smallest amount, makes us humble and grateful for your thoughts on this season where most of us turn inward and thus the gift, no matter how small, is a big one.

As we mentioned before, you maybe aware, all expenses have gone up, so there is a need this month to make our goal or else we must either take on ads, (thats if the advertisers would deign to grace us with their ads) which I abhor, or suspend our work, leaving the blog up as a reference board for all to read if need be.

If you have benefited in anyway from our blog and our work, we hope  you will contribute, so we can stay on the net, by clicking on the pay pal button off to the right of the blog.  We appreciate very much the support you have given in so many ways, and pray that you will continue in every way, including commenting and passing this around to others. Bless you all for your support over these almost 4 years.  No matter how it turns out, I truly believe we have all made a difference.  Bless you all, this Christmas and New Years season.

Vatic Note:  All I kept saying as I was reading this, was,  "Thank God for our Constitution and Bill of Rights!"   Thank God for our great legislators in our states and governors who courageously have taken on the nazi's at the federal level, and I am not talking about Obama, he is just a pawn of our foreign occupied government, just like Bush Jr. was.  What is now needed is for the states to eradicate the foreign control of our country and to do so quickly and arrest those who refuse to leave, as foreign agents attempting to conduct a coup on these US of America. 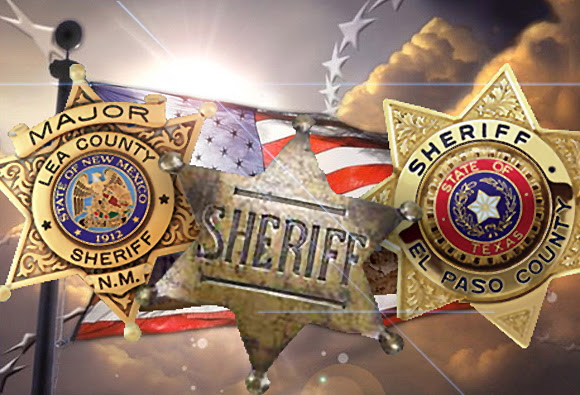 State and local resistance to the detention provisions contained in the National Defense Authorization Act continues to grow, rapidly emerging as a nationwide movement.

The Tennessee legislature will consider HB1629 and SB2669 in the 2012 session. The legislation would effectively nullify the detention provisions in the NDAA and would also require federal agents making an arrest in the Volunteer State for any reason to first obtain written permission from the county sheriff.

This bill declares that any federal law purporting to require local or state law enforcement agencies to act at the direction of the federal government or the United States military is beyond the authority granted to the federal government pursuant to the United States Constitution, is not recognized by this state, is specifically rejected by this state and is declared to be invalid in this state.

The act takes aim at indefinite detention provisions in the NDAA. Tenth Amendment Center communications director Mike Maharrey called language in the NDAA vague and overbroad, pointing out that Americans should never simply trust in the good intentions and moral clarity of the president or federal judges to protect their rights.

“It falls on the states to step in and protect their citizens,” he said. “I can’t imagine a more clear-cut application of state and local interposition as a check on federal power. What could be a more palpable, deliberate and dangerous unconstitutional act than the federal government indefinitely detaining an American citizen without due process?”

The Tennessee bill also “makes it a Class E felony for any official, agent, or employee of the United States government to enforce or attempt to enforce any federal law, order, rule or regulation that is beyond the authority granted to the federal government pursuant to the United States Constitution,” and includes provisions for kidnapping charges if a federal agent were to detain a U.S. citizen in Tennessee under the NDAA.

The Volunteer state joins Washington and Virginia considering legislation to nullify detention provisions in the NDAA. And local governments have also stepped up, including El Paso and Fremont Counties in Colorado. While some argue the NDAA doesn’t apply to American citizens, Maharrey said that notion should not stop state and local governments from following James Madison’s admonition to interpose and draw a line in the sand.

“If what supporters say is true and the NDAA does not authorize indefinite detention of Americans, what is the harm in this legislation? Why would anybody oppose it? It does nothing but serve notice that state and local officials will not sit back and allow the federal government to exercise unconstitutional powers – powers supporters claim don’t exist anyway.

It simply affirms a fence that supposedly already exists. The only rational I can find for opposing this bill is if they really do want the option of detaining Americans without due process to remain open,” he said. “You can only oppose this legislation if you accept the idea that the federal government has the authority to do whatever it wants with absolutely no check on its actions – Constitution be damned.

If you ask me, that’s a lot scarier than whatever terrorist threat they claim to be protecting me from.”  TAC executive Michael Boldin said he expects other states to soon follow the lead of Tennessee, Virginia and Washington.

“We have pretty strong indications that Rhode Island, Utah, Maine, New Jersey, Oklahoma and other states will be introducing similar legislation soon. This is just a start – and activists all over the country need to contact state legislators right now to voice their support.”

For model Liberty Preservation Act legislation you can propose to your state lawmakers, click HERE.

Vatic Master: The Zionist Jew Khazars want to do away with Sheriffs and have their Appointed Police Chiefs and Police Commissioners like they are in all the large Mwetropolitan (Kikedoms) Cities-. Zionist Khazars hate the local cops which they call the good old boys. They want Police from different areas brought in to be the Police fORCES OF COURSE COINTROLLED BY THEM. Everyone must stand against these snakes and demand and fight to keep the County Sheriffs!!!