*** Fundraising:  We, here at Vatic Project, want to take this time to wish you a very Merry Christmas and a very Happy and prosperous New Year.  We also hope you had a fabulous Thanksgiving this year.  I know this will sound a bit off, but I have a good feeling about 2014.  Lets hope I am right.

We also have begun our 15th of the month fundraising in order to continue on with our work on this site.   Our deficit is, as usual, the $300, and we have a long end of the month so hopefully it will be long enough to ensure our success in working together with our readers in raising what we need to continue this journey  at this critical time.

If you have benefited in anyway from our blog and our work, we hope  you will contribute to our continuation into 2014, by clicking on the pay pal button off to the right of the blog.  We appreciate very much the kind words of support we have gotten from many of our readers, and commenters,  and hope you will continue to contribute to our growing body of information by your comments. Bless you all for your support over these almost 4 years.  No matter how it turns out, I truly believe we have all made a difference.  Thanks again.

Vatic Note:  Did you know that there are more people killed by legal drugs side affects each year than are killed by illegal drugs??  Did you know that vaccines have squalene and mercury in the shots?  Did you know that many died during the last pandemic, not from the pandemic bug, but from the vaccines they were given?   It is now coming out that has been the case in the past as well.
We did some blogs on the CDC creating these bioweapons from experiments they did with the bubonic plague from a cadaver they got from Greenland that was funded by guess who?  Thats right, ROCKEFELLER,  MR. EUGENICS! and brought the bug back to life.  Now why in the world would they ever do that for?  Only one reason..... TO USE THE BUG ON US AGAIN.  These people are completely and irretrievably insane.

Then the CDC experimented with both the bird flu virus combining it with the swine flu bug.  These are agencies that are suppose to be working for us, guarding our health and well being against opportunist profiteers, and yet, they are aiding them instead in doing harm and evil to our children and our population.   This has to stop and stop soon.  Autism from vaccines is at record levels.


Citing low demand, high costs — and questioning the benefits, Utah’s Southwest Public Department of Health does not stock or recommend Gardasil, the vaccine against HPV, the cancer-causing human papilloma virus. 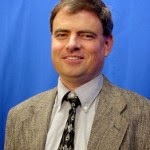 The decision to exclude the vaccine from its public health clinics in Beaver, Iron, Garfield, Kane and Washington counties was made years ago, not by the area’s Board of Health, but by the agency’s director, physician David Blodgett.


"The backlash and sentiment against it was strong enough that there’s no reason to go there," Blodgett explained. "No one wants it and it’s too expensive when we’re not funded to provide it."

The vaccine isn’t mandated in Utah. But the Utah Department of Health has been recommending it for preteen girls since 2006, and for boys since 2011.
At 42 percent, Utah ranks lowest in the nation for completion of the three-injection series among girls who start it. The national rate is 71 percent, according to the National Immunization Survey. There isn’t enough data on boys to publish.

Reasons for the slow uptake are varied, including concerns that giving the vaccine at such a young age, by 11 or 12, is a license to be promiscuous — which research has disputed, said William Cosgrove, a pediatrician in Murray and a member of the Utah Scientific Immunization Advisory Committee.

For a senior health official to downplay the benefits of a life-saving vaccine is "highly unethical," said Cosgrove.

"Adolescents face an 80 percent chance of being infected by one or more of these viruses," said Cosgrove.

The three-shot series can retail for $360, but is fully covered by private insurance and provided free of charge to low-income families — and public health clinics — through the federal Vaccines for Children program.


"To be dissuaded by cost issues, or to not stock the vaccine due to low public demand, is disingenuous, especially for someone with responsibilities to protect the public," said Cosgrove. "I believe the real medical issues here are clouded by a moralistic belief system that precludes any frank discussion about sexuality in adolescents."

Blodgett cites other problems with Gardasil, namely that it was fast-tracked through the Food and Drug Administration (FDA) and a belief that its benefits were oversold by drug maker Merck.

"The science wasn’t good... We had physicians in our community arguing that we not make it available," said Blodgett.

HPV is "absolutely a risk for cervical cancer," but it’s not the only risk, he said, arguing the vaccine cuts risk by 17 percent. Cancers caused by HPV are extremely rare and immunization comes with no guarantee for long-term protection; women are still supposed to get regular Pap smears to test for the virus, he said.

Weighed against the vaccine’s risks, "the public isn’t buying it," he contends. "It’s eroding public trust in immunization programs."
TriCounty Health Department, spanning Daggett, Duchesne and Uintah counties, makes the vaccine available only with a doctor’s prescription.
"It’s a complicated vaccine that requires discussion about [sexual health] and a physical exam and follow-up visits with a doctor," said the agency’s director, Joseph Shaffer. "My feeling is that’s better held in the physician’s office than here at the health department."

Fear that Gardasil is dangerous hasn’t been eased by the FDA’s assurances. The agency approved and monitors the drug and says its safety profile matches those of other vaccines.   (VN: You  mean the "revolving door FDA?"  The one that hires execs from drug companies to monitor and regulate drugs?  Oh, that one.  Its also safe as other vaccines that cause Autism?  Sterilizing?  Illness?   And death from the various toxic adjutants put into the vaccines? Oh, those vaccines. Hmmmm)


Earlier this week, national talk show host Katie Couric featured a woman on daytime TV who said the HPV vaccine killed her daughter. The show was roundly criticized by other media, including Slate and Forbes magazines.
Residents of southern Utah still have access to Gardasil through private clinics. But like all drugs, the vaccine has an expiration date. Cosgrove said many rural doctors can’t afford to keep it stocked, creating an access problem.
The article is reproduced in accordance with Section 107 of title 17 of the Copyright Law of the United States relating to fair-use and is for the purposes of criticism, comment, news reporting, teaching, scholarship, and research.
Posted by Vatic Master at 1:30 AM