Was JFK an Illum Blood Sacrifice? Shocking New Evidence From JFK Assassination–One of the Only Living Witnesses Tells All!

***Fundraising status: I would first like to thank the lovely reader that donated funds to bring our deficit down to $80 and Bless her for her sacrifice.  Then I would like to remind our readers that we have only 4 days left to D Day for us.  If we do not make it, I would like to explain that we will continue inbetween our trying to increase our income from other sources and will post whenever we have time.   We will continue to treat this site as a resource with thousands of articles, blogs and other information for your use and consideration.

We would ask that those who can afford it please contribute to this last bit for the first of the month so we can fight our battles to bring you what we find.  There is so much more, and we hate to have to stop now when it is so close to the final act one way or the other.  We want to make it something that we will prevail over working together as a team.  Help us do that.  God bless and keep all of you safe and happy.  And thank you for all your support over these 3.5 years that we have been on the blog.

Vatic Note:  I believe this speaks for itself.   I am going to rego over this several times, but it certainly explains a lot of anomollies in this whole mess.   Please read, watch the videos and decide for yourselves.  I am being seriously harassed on every single blog now, so I may only get two up tonight, where I normal get three up.  I will try my darndest but I had to do this one at the coffee shop and its now closing, so will try to get a neighbor to let me finish up at her house.   Thanks for sticking with us and supporting us to the very end.  God bless you all.

Shocking New Evidence From JFK Assassination–One of the Only Living Witnesses Tells All! What Do You Believe–NWO Lies, or Truth? (Video Evidence & Pictures)
http://beforeitsnews.com/alternative/2013/11/shocking-new-evidence-from-jfk-assassination-former-fbi-agent-says-he-knows-who-did-it-and-can-prove-it-video-evidence-pictures-2825236.html
By, Lyn Leahz, Before Its News,  11/2013

JFK, an Illluminati ‘blood sacrifice’? Is it possible?

In Illuminati code, the “killing of a king rite” is a sacrifice that must be made to the moon goddess to grant illuminated Freemasons a landing on the moon. Kennedy was killed under an oak tree at 12:22 p.m. on the eleventh month of the twenty-second day, at the  moment when the sun was the highest, in the outdoor Temple of the Sun called Dealey Plaza. -Randy DeMain

On November 22 is the 50th anniversary of the assassination of President Kennedy. Together, as a nation, we will be mourning one of America’s greatest tragedies, and greatest mysteries—who really shot President Kennedy, and why?

However, most people have varying opinions on what took place that day. Even you have your opinion as you are reading this now. Do you believe Lee Harvey Oswald was the guilty party, as they accused? Or, do you think it is something far more sinister and secret?
What do most Americans believe happened that day fifty years ago? You’ll be surprised!

The JFK assassination has captured the hearts and curiosities of Americans since it happened that sad day in 1963. From generation to generation, people are still trying to figure out what exactly happened to the beloved President John F. Kennedy. 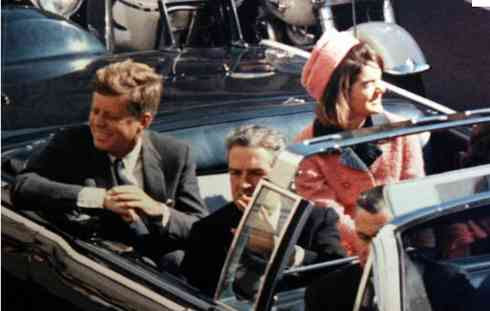 However, a former FBI Agent, Don Adams, reveals who the responsible party really is! Is he telling the truth? Trying to capitalize on a tragic event? Or, is he just another Illuminati drone sent to provide disinformation in order to keep us from the real truth?

He claims the guilty party behind the plot is not even mentioned in the original report, as well as other disturbing bits of information. Check it out!

A retired FBI Agent and Police Chief, who was one of the original investigators in Dallas examining the JFK assassination, stumbles upon records and reports that were doctored. He knows that, because he filed the original reports. His decade long investigation would take him deep into history and to the National Archives and beyond. Step by step he says he learned and can prove that Oswald did not kill JFK.

And here’s another look at the assassination of John F. Kennedy. Jesse Ventura talks with Bill Newman, one of the only living witnesses who stood so close,  he could have nearly jumped forward and touched President Kennedy at the exact moment Kennedy was shot.  Excitedly standing by the street that day with his wife and two small children, Bill Newman had the best view of the tragedy that would forever remain a mystery, and forever be burned within his mind.

The strange thing is, he was barely questioned by the authorities. Why? More than likely because the people behind it already knew who they would blame, and it wasn’t going to be Bill Newman! 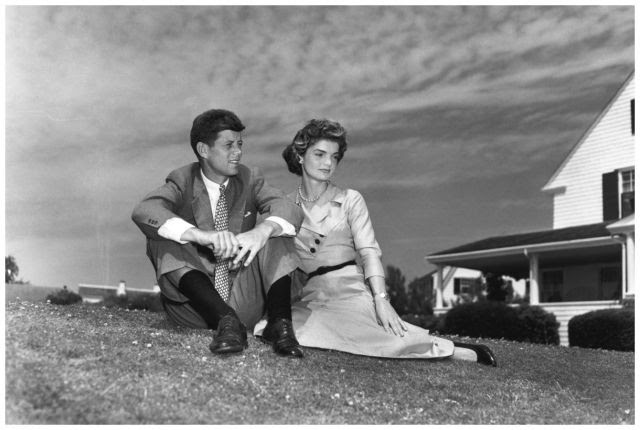 According to a recent article in The Guardian:

When John Kerry fuels doubts that Lee Harvey Oswald acted alone just as publishers unleash a torrent of JFK assassination books you have to ask yourself: conspiracy? Did the the secretary of state pull the trigger on a clandestine publishing industry marketing plan? Are bookstores in on it? Is Hollywood connected? Or did Kerry act alone? We may never know.


We do know that Kennedy nostalgia and scrutiny are in overdrive on the eve of the 50th anniversary of his murder, with dozens of new books advancing theories novel and dusty over who fired the fatal shots at the motorcade in Dallas. Options include Fidel Castro, the mafia, the CIA, J Edgar Hoover, Lyndon Johnson, the secret service or, on the far outer fringes of speculation, Joe DiMaggio.

Kerry caused astonishment when he waded into the debate by telling NBC that he suspected Oswald had external help or inspiration, possibly from Cuba or Russia. “To this day, I have serious doubts that Lee Harvey Oswald acted alone.”

Even Kerry himself said it! How can there be doubt with so much information to support that Oswald was NOT the guilty party? 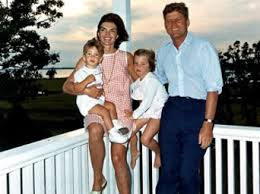 I am amazed that people are actually being as vocal as they are about this entire subject. For a known politician like John Kerry to even hint at such a thing is mind-blowing in itself!
According to Randy Demain, in his book, Nephilim Resurgence:

“In Illuminati code, the “killing of a king rite” is a sacrifice that must be made to the moon goddess to grant illuminated Freemasons a landing on the moon.

And, the Dealey Plaza is the site of the first Masonic Temple in Texas.  Dea in latin means goddess. Ley means law, or rule. The combined meaning of “goddess rule from this place” identified it as the sacrifice location. It’s possible a fertility blood sacrifice, made in the underworld portal of Dealey Plaza, would have opened a gate to the moon. This action would have jump-started the Illuminati agenda (stalled out by Hitler’s demise) of placing a man on the moon and establishing a human presence there.

Was he murdered because he was against, and would not go along with the evil and wicked elite—the Illuminati? Did he try to warn us, but we were too ignorant to realize? Listen to his famous speech from 1963  and decide for yourself what was really going on. My friend, it is the same thing that is going on today!

It is the same group that leads this world toward a relentless end, murders our children, takes away our rights, causes hatred for the innocent and unsuspecting, torments the helpless and the elderly, crushes our freedoms, removes our healthcare, ups our taxes, inflates the prices of things that are essential to our daily living, and will shamelessly, heartlessly drag this entire world and all its families to the pits of hell, laughing the entire way!

They are the same ones who infiltrate our school’s curriculums, slither their hidden messages and agendas into music, movies, television, and video games! They are the ones who, every day, get into the hearts and heads of our children and lead them down the path of no return! They are desensitizing us right now as I write these words to you. We are dying a slow death because of them.  They are the Illuminati—the NWO—the sons of Satan—the serpent seed—the Nephilim—the elitists—Freemasons! 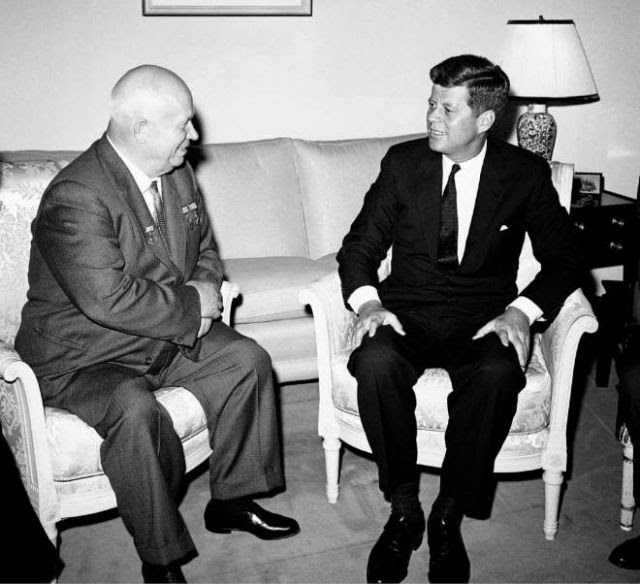 They are our government leaders, politicians, bank owners, and the head haunchos of every major corporation and organization throughout the world!

You can be as private as you want, but they know exactly who you are and where you are at all times.

They may have murdered President Kennedy, but his words and his warnings carry on, just like the flame that burns atop his grave!

I write these words to those of you who will believe. God has sent us many brave messengers over the course of history to warn us, and to plead with us. He is pleading with us now—right now!  If you could see the tears that flood the Father’s eyes! The tears are pouring, and the door of the great ship is about to slam shut. It will not reopen!

Are you standing on the outside mocking and laughing? If so, you are on dangerous and shaky ground! Hurry! Why there is still time! The door of the great ark is open! Run—run I say! Get inside before the flood overtakes you, because it is nearly time. You have two choices—live or die? Will you  make the right one?

For God so loved the world that He gave His only begotten Son, that whoever believes in Him should not perish but have everlasting life.  John 3:16

President John F Kennedy’s Speech, Warning Us What We All Globally Face

One of the last speeches he made before he was murdered. A great man cut down in his prime for telling the truth.

These very things, and worse, are happening before our eyes! They have become more and more over the passing years. Do not be fooled, and do not allow yourself to be dumbed-down by society! Remain awake and do not sleep, lest you be taken for a fool!

I came across the below video, and it’s interesting. Not sure that I believe it, but it’s interesting, like I said, so I’ll post it for you! My personal opinion here is that, well, they are related by bloodlines! So they would have the same results for an ear analysis.  I will post at the very bottom here the video I found on the Illuminati bloodlines so you can see what I’m referring to.

John Forbes Kerry cousin of Michael Paine husband of Ruth Hyde Paine who if I remember correctly helped set Oswald up to some degree. She planted many items in the garage, he took Oswald to an ACLU meeting and a General EDwin Walker speech. The spy network runs deep and I don't mean the CIA(secondary patsies).Yep, Kerry should know but I doubt he wants the truth out.