Is this the Long Awaited "Globalizing" Bogus Alien Invasion We Expected?

Vatic Note:  Watch all three videos...... Remember, Disney is Eisner, and he is a neocon so this fits with their plan outlined in 1966 at Iron Mountain to use alien invasions as a purpose for globalizing.  They cannot force globalizing, as its too expensive to repress resistance, rather they need us to not only agree with it, but to beg for it or accept it as inevitable, with a serious loss of sovereignty.  We have already experienced must of that globalizing in bits and pieces and we have not resisted so far, but once its got to be put together, that is when the test will come.  Remember, the UN, controlled by the Khazar British Queen,  appointed AN ALIEN AMBASSADOR to negotiate with the aliens they expect (supposedly) to show up.  Everything is in place now, so now its watch for the key Occult dates to see if this even happens on one of them.  That will be proof its all fixed and bogus.  Two men have died for disclosing all this, Cooper and Schneider.   Are there aliens already here?  Probably, but that does not negate the fact they intend to use a bogus false flag to impliment our New World Order that we are already experiencing along with the depopulation plan.  Also remember, Bill Cooper told us and the Mayan Shamans have confirmed that good aliens exist and maybe coming with this Nibiru or Planet X, and the bad guys would not want them here, so they could also be used to scare us so we will agree to  fight them as a globe of people without borders.... in otherwords,  Globalize.  I suspect they intend to use their top secret space weapons to scare us and blame it on the aliens.  Who  knows these days.   We are safe if we agree not to be violent against anyone for anything except in self defense.  Also remember, the airforce has holographic technology that can be used to "pretend" something is there when its not.  We saw that with the Norway spiral.
\ 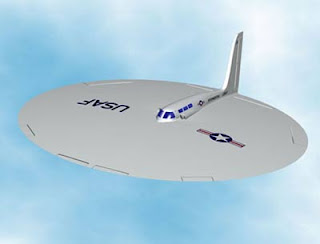 
I’ve read about this 1995 documentary in many UFO books, but never saw it… then realized it might be on the web. Amazing! It’s made me break out in a cold sweat. This was made by Disney and test shown in only five cities on local TV to measure audience response (panic, etc), by telling the unvarnished ‘truth’ instead of the usual cagey question phrasing “Was it a weather balloon?” becomes “the idea of creatures from another planet might not be as far-fetched as we once thought.” The spacecraft that crashed as Roswell – “The shocking history of govt. misinformation programs designed to prevent widespread panic!”  All narrated by Robert Urich!
http://www.youtube.com/watch?v=4rjIbN_R4dg&feature=player_embedded
http://www.youtube.com/watch?v=4uNdQKX2mR4&feature=player_embedded
http://www.youtube.com/watch?v=cJ1Y9q2up5w&feature=player_embedded


Quotes:
“Scientific verification of extraterrestrial life forms routinely arriving on earth; top secret reports from ongoing military investigations; compelling home videos of alien craft captured within the last few months; world figures who have gone public with their own extraterrestrial experiences; the shocking history of government misinformation programs designed to prevent widespread panic; and personal accounts of those who have been abducted and studied against their will.”
” From beyond the boundaries of our perceptions, intelligent beings are beckoning mankind to join the galactic community. It’s an invitation which is both wondrous and terrifying. This is the nature of alien encounters.”
And then it ties into a Disney Ride at the end! Now that’s genius in diversionary marketing – i.e. “it’s toasted!”


The article is reproduced in accordance with Section 107 of title 17 of the Copyright Law of the United States relating to fair-use and is for the purposes of criticism, comment, news reporting, teaching, scholarship, and research.
Posted by Vatic Master at 5:00 AM