Vatic Note: My goodness..... lol,  After the two articles we published on here about making a human brain and the DNA nano robots, I am beginning to believe the elite hate being human and thus are offended by the masses of humanity and wish to replace them. Amazing. I wouldn't trust anything they invented, controlled, inserted, manufactured or otherwise ask us to use without a thorough reverse engineering done only by someone I trusted and with proper credentials. I think naturally is the only truly safe way to go. Remember, we have had articles up here that talk about the effects of legal drugs, GMO's, and our drinking water, on our fertility and how our reproduction  and life span is dropping rapidly similar to the real Israeli's in Israel who are simultaneously and COINCIDENTIALLY having the same problem. We published a paper on that as well, and within a very short time period, genocide would be done to both races by the Khazars. Lets not let that happen.   Notice they are talking about also artificially creating the meat and food we eat which means messing with the products DNA and thus messing with OUR DNA, which if done by psychos as we saw with the vaccines, could rapidly advance the depopulation programs they have. 6.8 million people are a lot to kill off at one time, so it would have to be done through several methods and this could be one of them. Remember once trust is lost, its lost for good until earned back again over time, thus I suspect any messing with that which sustains our very lives and bodies. Its not enough just to live, we must be able to have a "life" as well.
Solution: Lets get back to basics and start by loving ourselves, then loving those who we are mated to and finally loving making our children from that mate whom we love as much as we love ourselves and if we do that, then they will lose billions like they did on the tainted vaccine and give all this up. Maybe. But its a start to rethinking all our relationships that they have perverted both in our schools in what they are teaching our children and in our TV watching through subliminal messaging and ads that frankly shocked me with some of their cruelty and inhumanity, so its time to turn off that damn TV and read, spend time with our significant other, friends, family, and co-workers and getting to know each other and making a commitment to eat natural foods, (NO GMO) make babies naturally, and drink living water. Its up to us to avoid these obstacles they put in our path to achieving a healthy full life, so lets not cooperate with it. REMEMBER, UNITED, WE ARE POWERFUL. 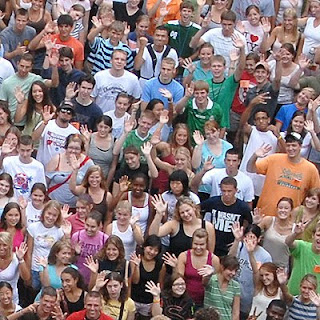 Buy up heritage seeds and animal stock from reputed farmers willing to sell them for our future and breed them ourselves and do so NOW before we cannot tell which is which and do so  in serious bulk (MAYBE  FORM COOPS to cut expenses) and begin growing your own food, its the only way.  Or support  and push for your local reps to build grow domes in your town or neighborhood and stock up on those seeds and POTATO SEEDLINGS which are critical for that very nutritious food.   Make sure plenty of healthy soil is available and find ways to purge it of all the chemtrails and chemicals that are pumped out on our soil daily.  I write this and wonder how we have not taken these cretins down yet???  LOL  But you get the idea and a good serious healthy water filter to take out all chemicals and alien artifacts from your water.

The Sunday Times and reprinted by the Daily Telegraph
From: NewsCore , contributed to Vatic Project by Gypsy, from Australia
May 17, 2010 12:00AM

Thirtysomethings could routinely conceive babies using IVF within a decade because it will have become better than sex as a means of reproduction, scientists have predicted.

According to a new report, advances in IVF technology mean it will be possible to produce embryos with a success rate of virtually 100% and cultivate them in computer-controlled storage facilities.

The advance will ease the pressure on couples who have delayed having children until their late thirties or forties, perhaps to pursue a career.

They may routinely opt for IVF rather than sex to reproduce, giving themselves a greater chance of conceiving through IVF than young adults in peak condition, who have only a one-in-four chance a month of conceiving naturally.

Among over-35s, the chance of natural conception falls to less than one in 10. Modern fertility techniques have meant the healthiest couples already have a 50:50 chance of success using IVF, but the authors of the report, just published in the journal Reproductive BioMedicine Online, say this is just the beginning.

They point to rapid advances in artificial reproduction for farm animals, which have led to a near-100% success rate in the production of cattle embryos and claim the technology could easily be adapted for humans.

“We are not quite at that stage yet, but it’s where we’re heading,” said John Yovich, a co-author of the report. “Natural human reproduction is at best a fairly inefficient process.

“Within the next five to 10 years, couples approaching 40 will access the IVF industry first when they want to have a baby.”

Gabor Vajta, an Australian vet and lead author of the report, worked with experts from the European Society of Human Reproduction and Embryology and pointed out that test-tube embryo production in cattle was 100 times more efficient than natural means of calf creation.

Vajta argues that techniques such as intra-cytoplasmic sperm injection, in which a single sperm is injected straight into an egg, have already bypassed much of the hit-and-miss results of natural fertilisation.

His report argues that this method can be combined with separate scientific research to develop the ideal nutrient solution in which human embryos should be cultured.

There is no reason, Vajta argues, why artificial human reproduction should not also become 100 times more efficient than the traditional process of “trying for a baby”.

Gedis Grudzinskas, a Harley Street infertility specialist and editor of Reproductive BioMedicine Online, said: “It wouldn’t surprise me if IVF does become significantly more efficient than natural reproduction, but I doubt whether you could ever completely guarantee it would work.”