Psychiatric hospital places patients in the middle of busy roadways to have them killed by vehicular manslaughter, says politician

Vatic Note:  The intense cruelty of this act tells us who is doing it.  Khazars, who have no soul, no spirit and no compassion or humanity.  Remember, their depopulation is very specific.  They want to depopulate the "USELESS FEEDERS", except themselves who are the most "USELESS" of all.  And they have to do it, so they are not identified as the perps and arrested.

Rahm Emmanual's brother, the son of an ex Urgan terrorist from Israel, wrote up an entire document on "eugenics" and how we must change our valuing of each individual in a society to value based on contribution to society.  In other words, ability to work as slave labor for the good of the corporations, in other words,  FASCISM.   That would then justify eliminating seniors, permanently handicapped, and mentally ill.  Was this a trial run to see if it worked and then would be used in Europe and America?

This is a good example of why we must NEVER let these people take control of our planet since their cruelty knows no bounds.  Notice, how they war game these crimes in third world, slave labor countries.  Why is that?  Because the population has been kept so poor, that their only concern is survival.  We must fight this NWO to the bitter end and NEVER give up our freedoms or our guns. Read this and see what you think. 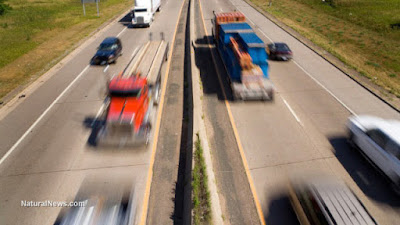 (NaturalNews) If you ever happen to find yourself stranded in Mexico, begging passersby for a little extra cash to get home, watch out!

A Mexican politician is calling on folks like you to be put down with a lethal injection – a practice that she claims is already taking place in a similar, but different, way against mental patients deemed unworthy to live.  (VN: aaaah, a NWO politician in Mexico.  Gee, why am I not suprised?  A country where corruption is a legitimate source of income.)

Olga Gutierrez Machorro made headlines after she told a local newspaper in the Mexico City state of Tecamachalco that homeless beggars throughout the city would be better off dead because they're a nuisance. A politician in the local government, Machorro admits that most of the homeless in her area are "harmless," but insists that something needs to be done to get rid of them.

"Yes, they're a little crazy, but they're harmless," she stated, adding that this is why she thinks it would be "kinder to just give them a lethal injection."

An audio clip of Machorro making these statements is available at the following Soundcloud link (in Spanish): http://metro.co.uk

Machorro's statements are exceptionally shocking, considering she's also the councilor responsible for heading the area's Vulnerable Groups Commission, whose stated purpose is to help the homeless and disadvantaged emerge from the depths of their despair and get back on track in civil society.

The problem, Machorro says, is that there simply aren't enough resources in the government coffers to care for the large and ever-growing number of homeless people who now roam the area begging for money and food. Though typically non-aggressive, these beggars are unsustainable and need to be dealt with, she insists.

In all fairness, Machorro has actually opened up her own home in the past to homeless folks looking for a place to rest their heads and avoid possible death on the streets. But their overall numbers are now far too high to deal with and something needs to be done, she told reporters during a recent interview.

And her plan isn't necessarily all that controversial considering a local psychiatric hospital in El Batan already disposes of unwanted mental patients by sending them to their deaths late at night, according to Machorro.

As reported by Yahoo News, Machorro told the local media that beggars are unofficially "deposited" onto busy streets late at night, where their chances of being hit by trucks and other vehicles is high. This is how the mental hospital gets rid of "un-aggressive" patients when it runs out of space to care for them.

"Places like Batan [a psychiatric hospital in the city of Puebla] release the homeless who aren't aggressive," Machorro is quoted as saying by Fox News, in defense of her plan. "But where do they let them go? All along the side of the road. Nobody condemns them for that, for letting [the homeless] get struck and killed by cars."

After saying these things, Machorro received considerable backlash that resulted in her issuing an official apology. She now says that she plans to come up with a new course of action to deal with the homeless problem that is a little less heartless, and perhaps more embracing of compassion and human decency.

Following Machorro's interview, the Human Rights Commission of the State of Puebla also intervened, filing a case against her for proposing heinous acts against the homeless that represent serious human rights violations.

"...the CHR Puebla (has) asked the municipal authority [for] a detailed order to hear the case and why the statements [were made]," reports the Mexican paper The Excelsior (in a Spanish-to-English translation of the article, courtesy of Google Translate).