Hillary Clinton is on wrong side of everything: Stop telling me I have to vote for her because of the Supreme Court

Vatic Note:  I have been both a registered democrat and a registered republican and what I finally discovered is that I am neither.   I am unaffiliated since, parties are simply back door ways to subvert our system and have the affluent, foreign leaders and special interests set the agenda for our nation.

That is why we are living in "perpetual war" since the 60's and why our nation is in debt in the trillions with no possible chance of ever getting out of it.  Fiat currency and bogus debt with interest payments for accounting entries, is our present and future if we, the people, do nothing to stop it.  Get rid of our leaders and vote in honest productive people.  Our neighbours would have more in common with us than these professional politicians.

We are now asking you once again, to contribute toward our deficit of $350 that we need by the 1st of the month. That is 15 days away, so we are beginning now, so we make it by that time.   We are so grateful for your support in so many ways.

If you can afford it please donate off to the right of the blog.   So stay with us til the first and hopefully, you will be able to contribute so we can continue our work in educating, researching and informing.  God Bless you and your family in all things, for your support in our mission to expose the underbelly of the satanic beast trying to take over our world.


Hillary Clinton is on wrong side of everything: Stop telling me I have to vote for her because of the Supreme Court
http://www.salon.com/2015/11/11/hillary_clinton_is_on_wrong_side_of_everything_stop_telling_me_i_have_to_vote_for_her_because_of_the_supreme_court/?source=newsletter
By H.A. Goodman,  Salon publication, 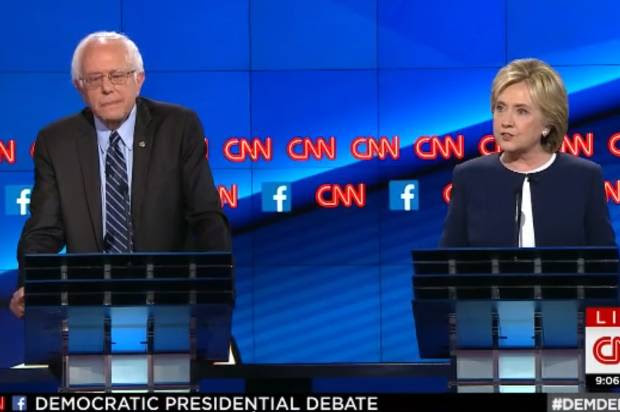 First and foremost, the latest unscientific poll out of Western Illinois University has Bernie Sanders winning the presidency. Therefore, if polls are gospel, we’ll have a Democrat in the White House who plans on fixing the structural issues plaguing Wall Street and the U.S. economy.

With Sanders, we’ll have an honest attempt at breaking up “Too Big to Fail” banks, reinstating Glass-Steagall, and tackling wealth inequality. Perhaps one reason WIU predicts Sanders winning the presidency is that Vermont’s senator has more than 1 million online donors who’ve funded his campaign. No need for prison lobbyists, like his challenger Hillary Clinton, and no need for a super PAC.

Also, one great thing about a Sanders presidency is that Americans will be able to trust a person who never had to evolve toward progressive stances on war, foreign policy, Wall Street and environmental issues like Keystone XL. While critics haven’t let me evolve from one article on Rand Paul (written from a purely progressive outlook on ending perpetual war, please read the actual article), supporters of the former secretary of state are very comfortable with her evolution on a number of topics. Naturally, Clinton supporters aren’t concerned with perpetual wars.


ADVERTISING
According to one conservative historian in the New York Times, Clinton’s foreign policy can easily be deemed “neocon”:


“I feel comfortable with her on foreign policy,” Mr. Kagan said, adding that the next step after Mr. Obama’s more realist approach “could theoretically be whatever Hillary brings to the table” if elected president. “If she pursues a policy which we think she will pursue,” he added, “it’s something that might have been called neocon, but clearly her supporters are not going to call it that; they are going to call it something else.”

When a conservative historian known for neoconservative views says Clinton’s foreign policy is “something that might have been called neocon,” it’s safe to say her foreign policy will be hawkish. In addition, another New York Times article states that neocons are “aligning themselves with Hillary Rodham Clinton and her nascent presidential campaign, in a bid to return to the driver’s seat of American foreign policy.”

Yes, Clinton will have something close to a neoconservative foreign policy, and if you don’t believe me, trust the neocons who approve of her views on war and international relations. Or, you can just read Hillary Clinton’s book review of Henry Kissinger’s “World Order.”

In addition to being a Republican pertaining to war and foreign policy, conservative stances have plagued Clinton throughout the years. With Clinton, poor judgment is referred to as a regrettable mistake. Owning a personal server was a “mistake,” voting for the Iraq War was a “mistake,” she “wasn’t raised” to envision gay marriage, and now opposes the TPP based upon “What I know about it, as of today.”

Generally, poor decision-making is addressed as an honest error, then acknowledged wholeheartedly, while supporters find every way to justify the flip-flop. Accountability is a foreign concept to the Clinton campaign and any reasoned critique is met with“You sound like a Republican!” Even accepting $100,000 from Donald Trump is simply part of Washington politics.

Hillary Clinton has evolved on war, gay marriage, Keystone XL, the TPP, in addition to marijuana legislation, and her supporters believe this is a good thing. All human beings evolve, therefore politicians who do the same must be doing so for altruistic reasons. For the rest of America, 57 percent of voters nationwide find Clinton to be “not honest and trustworthy.”

Luckily, Clinton has made up for this deficit in trustworthiness by stating she’ll no longer accept money from prison lobbyists.

This is a relief since four of her top five donors since 1999 are investment banks and there are questions about foreign donors to her foundation. Nonetheless, in the eyes of supporters, a Democrat is always better than a Republican, even if Politico labels Clinton to be Wall St. Republicans’ dark secret.

We dare not vote based upon principle, since only the political power Hillary Clinton is said to possess protects us from Trump, if Sanders doesn’t get the nomination. Granted, Bernie Sanders defeats Trump by a wider margin than Clinton, but we can’t rock the boat for fear of a Trump presidency if Clinton is the nominee.

Republicans are the enemy, says the thought process bolstering the Clinton campaign, therefore accepting money from prison lobbyists and Wall Street is part of the game.

There’s a reason Hillary Clinton waited almost three weeks to address the death of Michael Brown and the Ferguson protests. Sadly, part of this reason could be prison lobbyists.


Lobbying firms that work for two major private prison giants, GEO Group and Corrections Corporation of America, gave $133,246 to the Ready for Hillary PAC, according to Vice…

Immigrant and civil rights groups have urged Clinton to stop accepting contributions from donors with ties to GEO and CCA. Earlier Thursday, in announcing its co-founder Cesar Vargas was moving to the campaign of Sen. Bernie Sanders (I-Vt.), the advocacy group Dream Action Coalition singled out Clinton for accepting those contributions.

Even as Bill Clinton apologizes for making the issue of mass incarceration worse and 2008’s 3:00 a.m. ad (an attack ad against Obama labeled by Harvard’s Orlando Patterson as containing a “racist sub-message”) is relegated to the ash heap of liberal consciousness, some people refuse to acknowledge issues pertaining to race within the Clinton campaign.

One must vote for any Democrat, regardless of how they treat a core constituency.

Ruth Bader Ginsburg is fine and the New York Times writes that she has “no interest in retiring.” Justice Scalia isn’t stepping down from the U.S. Supreme Court soon and will only contemplate retirement when he “can’t do the job well.” Anthony Kennedy is in “no rush” to leave the Supreme Court. Justice Breyer has no plans to step down but will “eventually” retire one day.

The paranoid legions, frightful of voting their conscience and actually upholding our democracy, can rest assured that all four Supreme Court justices mentioned are still capable of lasting four more years.

Furthermore, it’s doubtful Clinton could win a general election with an ongoing FBI investigation and negative favorability ratings. The Benghazi hearing was a sign of noble defiance to many, regardless of the fact Republicans are already planning impeachment if Clinton wins the election. Nevertheless, the reality is that Sanders is poised to shock the political establishment.

I’ve already explained in June that Bernie Sanders will defeat Clinton and any GOP challenger to win the presidency. However, if Clinton is the nominee, the Democratic Party will be forced to “evolve” toward progressive politics in the following election. I’m only voting for Bernie Sanders in 2016 and I explain why in this YouTube video and recent article in the Huffington Post and Salon.

If electing a person who voted for Iraq and accepts money from prison lobbyists is the next evolution of the Democratic Party, then it’s best to make a statement now before Marco Rubio is eventually considered a Democrat.

Most important, Democrats like Hillary Clinton will never again accept money from prison lobbyists or expect to win the presidency after voting for devastating wars like Iraq. If the Democratic Party learns the hard way, it won’t be my fault. It will be the fault of pragmatists who’ve coddled the DNC for fear of Supreme Court nominees, or the allure of political power.

I’m only voting for Bernie Sanders, primarily because we still live in a democracy, and I’ll vote based upon my conscience. Bernie Sanders is a once in a lifetime political figure, and I won’t settle for his antithesis, simply to appease the same people who’ve allowed the Democratic Party to become what it is today.