DID YOU KNOW?: Two Secretive Israeli Companies Reportedly Bugged The US Telecommunications Grid For The NSA

Vatic Note:  This was important enough to put up for a very good reason.
1. its true, which, we at vatic project proved on a blog, that Israel had more spying on Americans than our own government did, and thus this below is very likely or probable, and

2.  That its also likely a disinformation piece in part to make us live in fear and police our own actions, since we then believe they can know everything we know, think, do and say.  If it were not for the fact that the "low tech" afghani's can't be tracked, are bringing down our drones and are whooping our butts, and the Syrians are whooping Israelis' butts, then I would not have questioned it, but they made a huge mistake.

They used such organizations as "the Occupy Movement" as targets of their efforts, which is a joke.. and "We are Anonymous" and both may well be propoganda movements.  We know that Occupy is certainly one of them, as it was created, funded and organized by George Soros, and its domain address was Lucis Trust at the United Nations.  We proved that on this blog.  So why would this massive spying apparatus use OWS as a target as if they were a danger to the cabal, which it is not?  That is why I believe this below is simply another false flag info for mass psychological manipulation of resistance here.

Anonymous, we do not know, but its just too slick to be ad hoc Americans with no background in marketing and graphics and where did  they get the money for this venture into hacking and the website is not cheap.  And so  far, just like OWS, they have done nothing of note.

And like Assange of Wikileaks,  what they have done , we have known for months.  No big disclosures here.  However, Opposition is certainly controlled as are potential hackers.  I did not say these guys were dumb, but I did say they are psychos. As usual, even if it is propoganda and manipulation to control the opposition, these things still have a modicum of truth in them that they use for credibility, so extract what you can out of it that is truth and leave the rest. 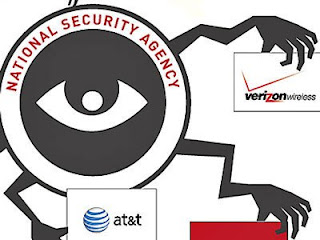 The newest information regarding the NSA domestic spying scandal raises an important question: If America's tech giants didn't 'participate knowingly' in the dragnet of electronic communication, how does the NSA get all of their data?
One theory: the NSA hired two secretive Israeli companies to wiretap the U.S. telecommunications network.

In April 2012 Wired's James Bamford — author of the book "The Shadow Factory: The NSA from 9/11 to the Eavesdropping on America" — reported that two companies with extensive links to Israel's intelligence service provided hardware and software the U.S. telecommunications network for the National Security Agency (NSA).

By doing so, this would imply, companies like Facebook and Google don't have to explicitly provide the NSA with access to their servers because major Internet Service Providers (ISPs) such as AT&T and Verizon already allows the U.S. signals intelligence agency to eavesdrop on all of their data anyway.

From Bamford (emphasis ours):


"According to a former Verizon employee briefed on the program, Verint, owned by Comverse Technology, taps the communication lines at Verizon...

At AT&T the wiretapping rooms are powered by software and hardware from Narus, now owned by Boeing, a discovery made by AT&T whistleblower Mark Klein in 2004."

Klein, an engineer, discovered the "secret room" at AT&T central office in San Francisco, through which the NSA actively "*vacuumed up Internet and phone-call data from ordinary Americans with the cooperation of AT&T" through the wiretapping rooms, emphasizing that "much of the data sent through AT&T to the NSA was purely domestic."

NSA whistleblower Thomas Drake corroborated Klein's assertions, testifying that while the NSA is using Israeli-made NARUS hardware to "seize and save all personal electronic communications."

Both Verint and Narus were founded in Israel in the 1990s. Both provide monitoring and intercept capabilities to service providers and government organizations, promoting claims that their equipment can access and retain large amounts of information on a vast number of targets.

From Robert Poe of Wired:


Narus' product, the Semantic Traffic Analyzer, is a software application that runs on standard IBM or Dell servers using the Linux operating system. It's renowned within certain circles for its ability to inspect traffic in real time on high-bandwidth pipes, identifying packets of interest as they race by at up to 10 Gbps.
"*Anything that comes through (an internet protocol network), we can record," Steve Bannerman, marketing vice president of Narus, a Mountain View, California company, said. "We can reconstruct all of their e-mails along with attachments, see what web pages they clicked on, we can reconstruct their (voice over internet protocol) calls."

With a telecom wiretap the NSA only needs companies like Microsoft, Google, and Apple to passively participate while the agency to intercepts, stores, and analyzes their communication data. The indirect nature of the agreement would provide tech giants with plausible deniability.

And having a foreign contractor bug the telecom grid would mean that the NSA gained access to most of the domestic traffic flowing through the U.S. without technically doing it themselves.

This would provide the NSA, whose official mission is to spy on foreign communications, with plausible deniability regarding domestic snooping. 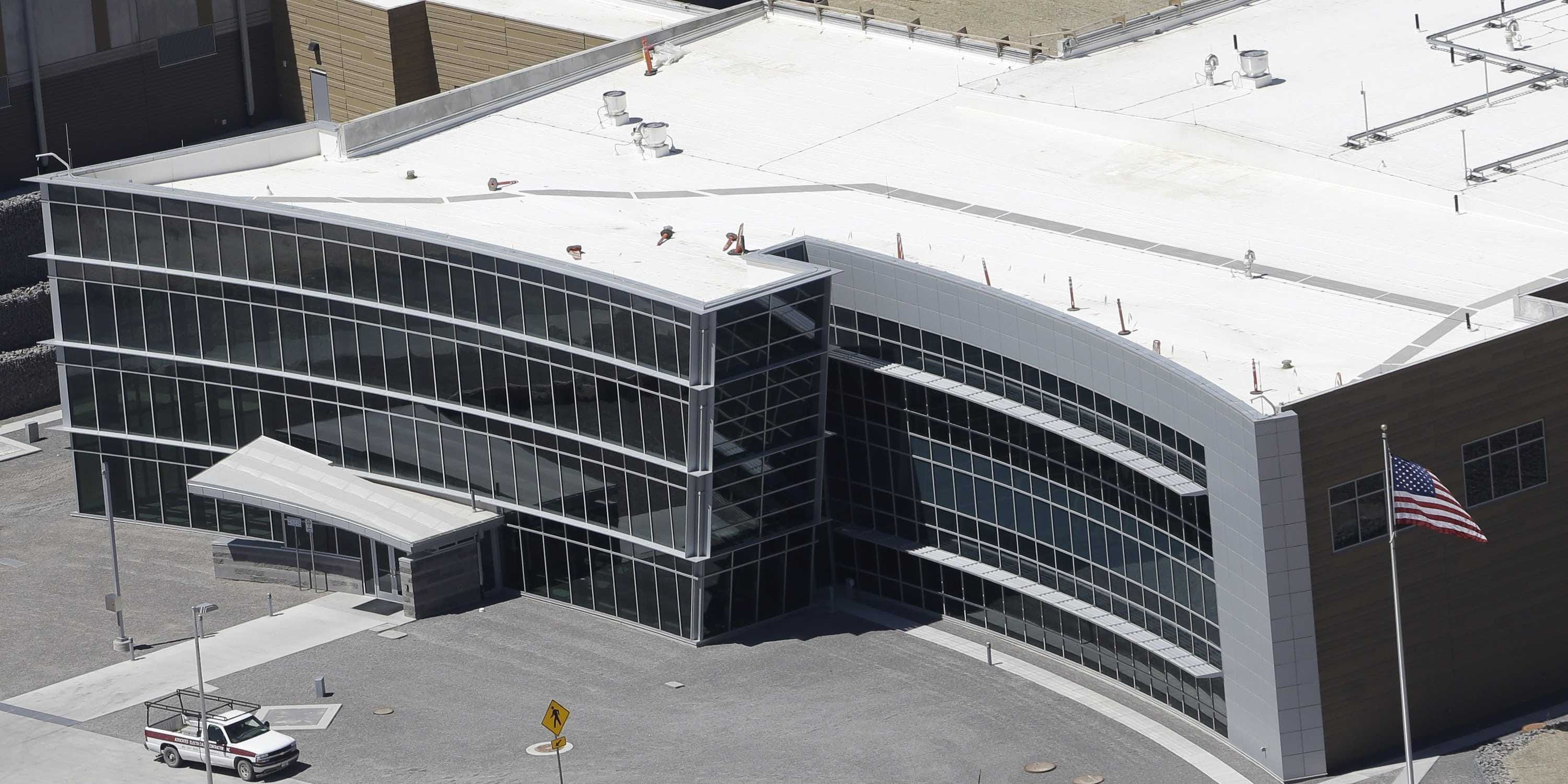 AP/Rick Bowmer
An aerial view of the NSA's $2 billion Utah Data Center in Bluffdale, Utah, where the signals intelligence agency can intercept, store, and analyze reams of foreign and domestic communications. It's expected to open in October.

Meanwhile projects like the agency's $2 billion data center in Bluffdale, Utah — which can collect and analyze "yottobytes" of information— to sift through domestic internet traffic. 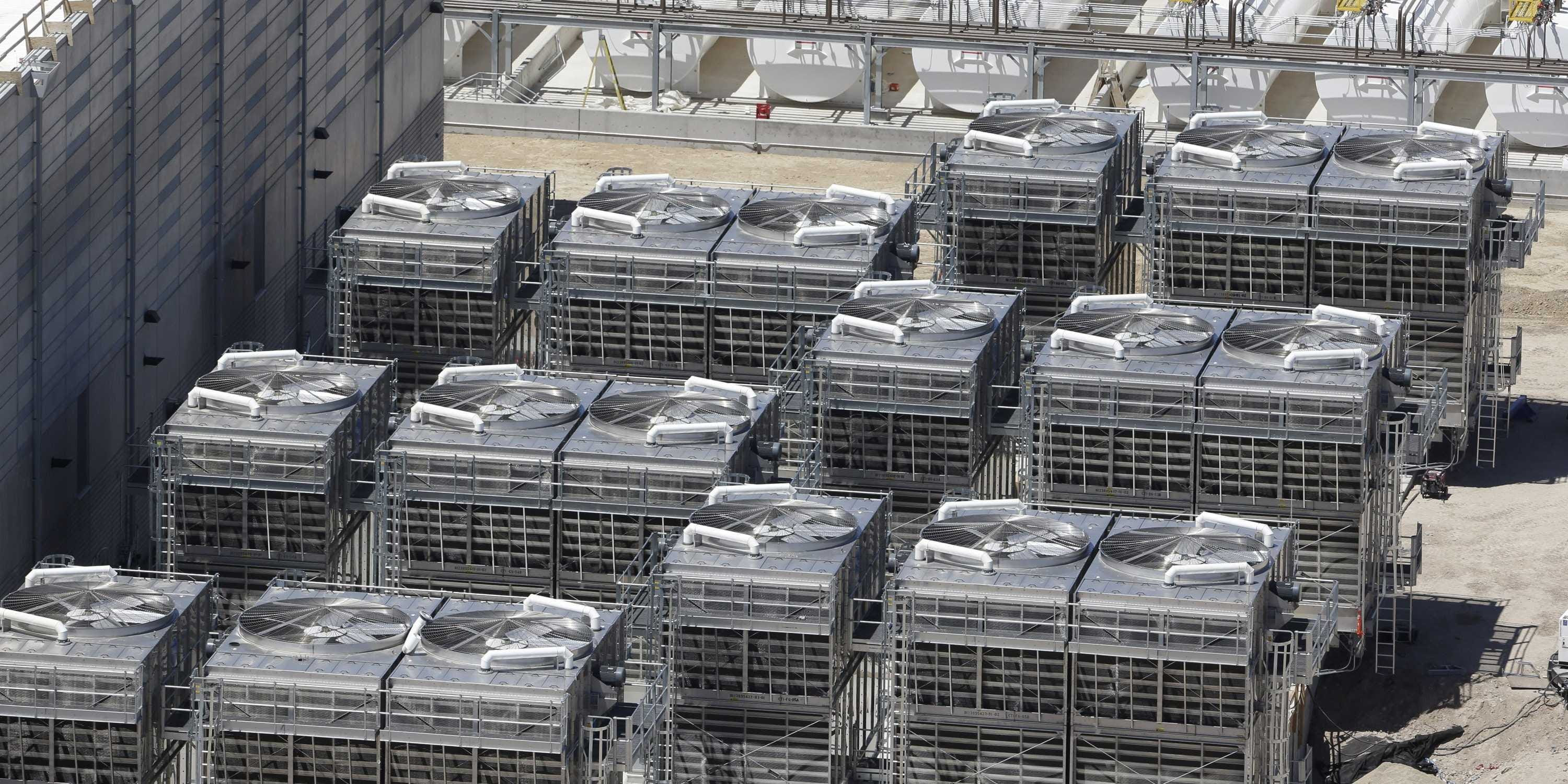 In 2007 a former commander of the highly secret Unit 8200 (i.e. Israel’s NSA) told Forbes that the technology of Comverse (i.e. the company that owns Verint) is based on Unit 8200 technology.

One of the founders of Verint, Jacob "Kobi" Alexander, is a former Israeli intelligence officer.

A co-founder and former chairmen of Narus, Ori Cohen, told Fortune in 2001 that his partners have done technology work for Israeli intelligence.
In 2011 another former chief of Unit 8200 acknowledged to the Israeli paper Haartez that high-tech firms around the world employ both Unit 8200 equipment and its veteran personnel.

From Bamford Wired (emphasis ours):

“Cautious estimates indicate that in the past few years... Unit 8200 veterans have set up some 30 to 40 high-tech companies, including 5 to 10 that were floated on Wall Street.” Referred to only as “Brigadier General B,” he added, “This correlation between serving in the intelligence Unit 8200 and starting successful high-tech companies is not coincidental: Many of the technologies in use around the world and developed in Israel were originally military technologies and were developed and improved by Unit veterans.”

The NSA began eavesdropping on the international communications of Americans after President Bush secretly authorized the practice in 2002 — without the court-approved warrants ordinarily required for domestic spying — to search for evidence of terrorist activity.

The newest revelations confirm that the practices employed during the secret program, code-named Stellar Wind, hasn't stopped under President Obama.
From the Pulitzer-Prize winning 2005 story by Eric Lichtblau and James Risen of the New York Times:


As part of the program approved by President Bush for domestic surveillance without warrants, the N.S.A. has gained the cooperation of American telecommunications companies to obtain backdoor access to streams of domestic and international communications, the officials said.

Last year the ACLU published this infographic, which is the best way to visualize what bugging the telecommunications grid provides the NSA:

ACLU
*emphasis added by the author of this article

SEE ALSO:  Here's The $2 Billion Facility Where The NSA Will Store And Analyze Your Communications

'Anonymous' Hacker Explains Why He Fled The US
(VN: just read this and its bogus.  We proved on this blog that Occupy was a Soros creation, funded and organized by him and the domain address for the website was Lucis trust offices, which are his, and located in the UN.  So this is just another fear scam.  Before I read this, I believed him, but then I remembered we are getting our butts whipped by AFghani's who are tech handicapped and Israel is getting her butt handed to her by Syria, in recent news coming out of the area, so how come all this isn't working there?  I think because it doesn't exist and they can't do it, but they are saying they can so  WE WILL POLICE OURSELVES FOR THEM OUT OF FEAR!)


Read more: http://www.businessinsider.com/israelis-bugged-the-us-for-the-nsa-2013-6#ixzz2VeN5ev3y
The article is reproduced in accordance with Section 107 of title 17 of the Copyright Law of the United States relating to fair-use and is for the purposes of criticism, comment, news reporting, teaching, scholarship, and research.
Posted by Vatic Master at 1:30 AM