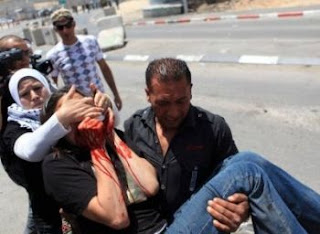 We have an obligation to every last victim of this illegal aggression because all of this carnage has been done in our name. Since World War II, 90% of the casualties of war are unarmed civilians. 1/3 of them children. Our victims have done nothing to us. From Palestine to Afghanistan to Iraq to Somalia to wherever our next target may be, their murders are not collateral damage, they are the nature of modern warfare. They don't hate us because of our freedoms. They hate us because every day we are funding and committing crimes against humanity. The so-called "war on terror" is a cover for our military aggression to gain control of the resources of western Asia.

This is sending the poor of this country to kill the poor of those Muslim countries. This is trading blood for oil. This is genocide, and to most of the world, we are the terrorists. In these times, remaining silent on our responsibility to the world and its future is criminal. And in light of our complicity in the supreme crimes against humanity in Iraq and Afghanistan, and ongoing violations of the U.N. Charter in International Law, how dare any American criticize the actions of legitimate resistance to illegal occupation.

Our so-called enemies in Afghanistan, Iraq, Palestine, our other colonies around the world, and our inner cities here at home, are struggling against the oppressive hand of empire, demanding respect for their humanity. They are labeled insurgents or terrorists for resisting rape and pillage by the white establishment, but they are our brothers and sisters in the struggle for justice. The civilians at the other end of our weapons don't have a choice, but American soldiers have choices, and while there may have been some doubt 5 years ago, today we know the truth. Our soldiers don't sacrifice for duty-honor-country, they sacrifice for Kellogg Brown & Root.

They don't fight for America, they fight for their lives and their buddies beside them, because we put them in a war zone. They're not defending our freedoms, they're laying the foundation for 14 permanent military bases to defend the freedoms of Exxon Mobil and British Petroleum.

They're not establishing democracy, they're establishing the basis for an economic occupation to continue after the military occupation has ended. Iraqi society today, thanks to American "help" is defined by house raids, death squads, check-points, detentions, curfews, blood in the streets, and constant violence. We must dare to speak out in support of the Iraqi people, who resist and endure the horrific existence we brought upon them through our bloodthirsty imperial crusade. We must dare to speak out in support of those American war-resisters, the real military heroes, who uphold their oath to defend the constitution of the United States against all enemies, foreign and domestic, including those terrorist cells in Washington DC more commonly known as the Legislative, Executive & Judicial branches.

"Those who profess to favor freedom, and yet deprecate agitation, are people who want crops without plowing the ground. They want rain without thunder and lightning. They want the ocean without the awful roar of its many waters. This struggle may be a moral one, or it may be a physical one, and it may be both ... but it must be a struggle. Power concedes nothing without a demand. It never did and it never will."


The article is reproduced in accordance with Section 107 of title 17 of the Copyright Law of the United States relating to fair-use and is for the purposes of criticism, comment, news reporting, teaching, scholarship, and research.
Posted by M. C. Bruecke at 1:15 AM