9/11 Was Good For US: The Case Against Israel

Vatic Note:  A very good article by Capt May  that highlights the idiocy of using bogus enemies and insulting our intelligence.  I have always said that their down fall will be their arrogance since they continue to underestimate their enemy.  I am thoroughly convinced that is the case here and these people will, without a doubt, go down, one way or the other.   For some reason, its just been obvious for quite a while now.  They are making major mistakes, their spying is amateurish,  and their propoganda is second rate.  I do not know if someone with in is doing it on purpose to expose these enemies of ours, or if its just arrogance.  But, time is on our side and justice is coming.  IT ALWAYS DOES IN THE END.  This is not over til "The Fat Lady Sings".  By the way, I have to commend Capt May on his selection of a photo here.   It is more than appropriate, its deeply foundational for what we are dealing with at a physical and spiritual level. 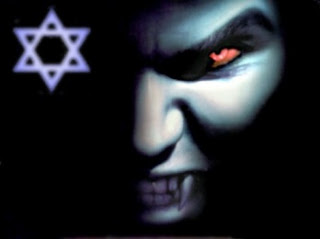 The most amusing news this week is the Israeli rerun of a 2008 propaganda story, in which Al Qaeda denounces 9/11 inquiry as conspiracy theory and singles out Israel’s arch enemy Iran as the worst peddler of the madness, as described in the Wednesday Ynetnews story, Al-Qaeda slams Iran ‘conspiracy theories’.  (VN:  its amazing that once one wakes up to the game how obvious and amateurish it seems like this link above.  You know so much that you can't even take any of it seriously even just by the title.  In fact, it simply continues to reinforce the obvious, propoganda and disinformation and who is doing it. Israel and her masters, the illums under Rothschild international bankers.   Israel's leaders are Satanists and CFR after all.)

Thus the Zionist/Globalist bogey man ... remains the gang that not only can’t shoot straight, but that inevitably shoots the Muslim world in the back. As a former Army Opposing Force’s (OPFOR) Controller, I view Al-Qaeda as a nominally red (enemy) force that inevitably acts in support of blue (allied) strategic objectives. If there were no Al-Qaeda, then we would have to create one to keep the Global War going.

My analysis of a Netanyahu gaffe (below) was one of many that forced the first silly story, so implausible that it would make a TV wrestling pitchman blush. It was reported by Haaretz as Qaida No. 2: Hezbollah started rumor that Israel planned 9/11. Since the Izzys are trotting out their old stuff it serves them right that I now trot out mine to take up the challenge. It was originally published in The Lone Star Iconoclast on April 19, 2008.


Report: Netanyahu says 9/11 terror attacks good for Israel
“We are benefiting from one thing, and that is the attack on the Twin Towers and Pentagon. These events swung American public opinion in our favor.” — Ha’aretz, Apr. 16, 2008

More than six years after 9/11, the Israel angle becomes more and more acute, and it becomes harder and harder to be obtuse about it. The circumstantial case for Israeli involvement in the terror attacks grows stronger with each new revelation, old evasion or repeated charge of anti-Semitism leveled against those who dare to ask questions.
Netanyahu’s Wednesday remarks suggest that Israel had a motive in the terrorist events, but they are hardly new material. Indeed, on September 11, 2001, shortly after the collapse of the Twin Towers, the same Netanyahu was asked by reporters how the then-fresh cataclysm would affect US/Israel relations.

“It’s very good, Well, not very good, but it will generate immediate sympathy.”

He wasn’t the only one who had reason to celebrate the terror attacks. American neocons, closely aligned to Netanyahu’s right-wing Likud party, had already published their desire to see a “new Pearl Harbor” to catalyze American public opinion for an imperial “new American Century.” The document that contains the “new Pearl Harbor” line, Restructuring America’s Defenses, was accepted by an incoming Bush administration in 2000. In large part it was a repetition of ideas accepted by Israeli right-wingers in the 1996 document, A Clean Break: A New Strategy for Securing the Realm.

One Israeli Arrested, Others Detained at NY Airports.
“The New York Times reported Thursday that a group of five men had set up video cameras aimed at the Twin Towers before the attack on Tuesday, and were congratulating one another afterwards.” — Fox News, September 14, 2001 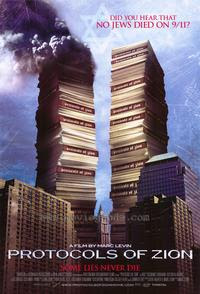 Shortly after 9/11, Jewish film director Mark Levin found that more and more New Yorkers believed that Israel was behind the terror attacks. Accordingly he examined the various unexplained facts and unsubstantiated rumors that were fueling local public opinion in his boldly-named Protocols of Zion. The documentary took its title from the controversial underground political classic, The Protocols of the Learned Elders of Zion, which alleged that a worldwide Jewish conspiracy is the unseen force in shaping international events.
In Protocols of Zion Levin addressed the notorious dancing Israelis, believed to be Mossad agents, who were filming and celebrating the ongoing attack on the World Trade Center when they were arrested by local police. In a popular YouTube clip excerpted from the documentary, three of the arrested Israelis offer a dubious explanation of their 9/11 activities on an Israeli television program in November 2001.
Shortly after 9/11, Fox News investigated the forbidden topic of Israeli involvement in the attacks. It abruptly took the video down shortly after airing it, though, reportedly due to pressure from the Israel lobby. The official government investigations that Carl Cameron’s report prompted were quietly dropped.

“Since Sept. 11, more than 60 Israelis have been arrested or detained, either under the new patriot anti-terrorism law, or for immigration violations. A handful of active Israeli military were among those detained, according to investigators, who say some of the detainees also failed polygraph questions when asked about alleged surveillance activities against and in the United States.” – Fox News, December 2001


Every extract or quote in my essay has come from a pro-Israel mainstream media source, and it’s difficult to see how anyone could accuse Ha’aretz, Mark Levin, the Israeli 9/11 suspects or Fox News of anti-Semitism. Nevertheless, for committing the thought crime of putting it all together, I shall certainly be accused of anti-Semitism.
In this topsy-turvy post-9/11 new world order, the label “anti-Semite” is the price one pays for asserting that two plus two equals four. George Orwell, that most relevant of modern writers, predicted things would be like this. On the other hand, it is acceptable in fact, encouraged to assert that “Islamo-fascists” are capable of saying and doing all kinds of evil.
A few days after the attacks, Osama bin Laden denied any role in them:

Bin Laden says he wasn’t behind attacks
“The US government has consistently blamed me for being behind every occasion its enemies attack it. I would like to assure the world that I did not plan the recent attacks, which seem to have been planned by people for personal reasons.” — CNN, September 17, 2001

Soon afterward, the Bush administration “discovered” a videotaped confession, so we wouldn’t have to worry whom Bin Laden was accusing of being the perpetrators. Never mind that Arabic experts pronounced the videotaped to be a phony. To this very day Muslims have tried to muddy the waters when it comes to 9/11. Take Iranian President Mahmoud Ahmadinejad, for example, who just Wednesday insinuated that the official US story was, at best, in error:

Report: Netanyahu says 9/11 terror attacks good for Israel
“Four or five years ago, a suspicious event occurred in New York. A building collapsed and they said that 3000 people had been killed, but never published their names. Under this pretext, they attacked Afghanistan and Iraq and since then, a million people have been killed only in Iraq.” — Ha’aretz, Apr. 16, 2008 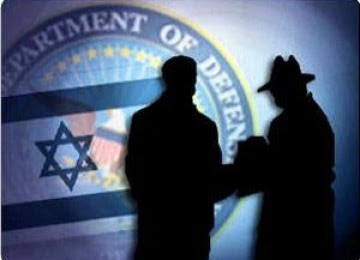 Without a doubt, Ahmadinejad is stretching things a bit. First, the names of all 2,749 World Trade Center victims were unreported only for five years — but were read on the fifth anniversary of 9/11. Further, the Bush administration has not killed a million Iraqis. As of the latest report by the British Lancet, it has killed a mere two thirds of a million.
After Netanyahu finished his remarks about how good 9/11 has been for Israel, he launched into a tirade about the evil of Iran and Ahmadinejad. Thank God we have Bibi to remind us who our real enemies are.
My most recent articles detailing current Israeli false flag efforts against the United States:

The article is reproduced in accordance with Section 107 of title 17 of the Copyright Law of the United States relating to fair-use and is for the purposes of criticism, comment, news reporting, teaching, scholarship, and research.
Posted by Vatic Master at 1:11 AM