Vatic Note:  another example of the ptb "soft kill" agenda on their citizens to reduce population and resistance to their satanic fascist NWO. war has been conducted against the world population. we may soon need to begin fighting back.

Again, I am NOT surprised.   First of all, I believe this Ebola Virus was just another of many attempted to depopulate the planet using various created bioweapons developed by the CDC. When you "intentionally" and "knowingly" visit a death sentence on someone by withholding a cure, that is called "felony first degree murder".... and in some states and countries, that is a life sentence penalty offense, since its also being done for greed and gain and no other reason.  What the truth is,  its really TREASON to do that, and that carries an even more severe penalty if  found guilty.

Anyone remember several years back, how the CDC got caught doing experiements with the swine flu virus and combining it with the avian bird flu virus??? Then, all of a sudden, we have a pandemic of a virus with both Avian and swine flu viruses in it and them trying to tell us  it MUTATED, and that was to scare us into doing as they demanded.   They got caught and every thing  just died down.

The Khazar owned press didn't make a peep about the conflict in stated purposes, such as testing new remedies to try and find a cure and then halting the sale of silver that has always been an effective treatment for almost all diseases.

Now "who" and "what" is the World Health Organization.  It is usually referred to, by the corrupt globalists as "WHO" and what they are slowly endoctrinating us to do, is to defer as a people to the  various WORLD Organizations, such as WTO, WHO, AND NATO and let them call the shots world wide on how to handle big global issues, rather than doing it sovereignly, one nation at a time, and sharing the results.

It actually inhibits possible solutions because each nation was experimenting with their own, and results were published world wide, but now "somebody" has decided for the people of all nations,  so those working on problems just dropped from several hundred world wide, to only one voice, and that is the global voice, in this case of "WHO".   Are you indoctrinated to accept that fact yet???

NOW YOU KNOW WHAT A NEW WORLD ORDER MAY DO "TO" YOU RATHER THAN "FOR" YOU.  Depends on their depopulation agenda at the time.   Right now, by this action below, it looks like its back on again, starting in Africa as recommended by Kissinger in a 1974 paper he wrote, and coincidentally, at the same time, the Luciferians put up their Georgia Guidestones, with their depopulation recommendations.  Gee, what a coincidence.  NOT!!!! You read and decide for yourselves.

We are again asking for the deficit of $350 for the first of the month. Due to an immediate donor we are now down to $335 that we need by the 1st of the month.  Again we are working on trying to end this, however, its going to take some time.  Until then we need your help to stay on the net, thats if the harassment doesn't increase as it has recently.  We are so grateful for your support in so many ways.

If you can afford it please donate off to the right of the blog.  God Bless you and your family in all things.   (the ptb are now trying to harm my fund raising effort.  please show them they can't succeed.  they keep making this last sentence extra small so you can't read it.  i will just keep coming back and fixing it.  (apparently the Israeli controlled NSA in Jerusalem is able to hack our site..... so disclosure is the order of the day. Those at NSA that allowed and built the NSA facility in Jerusalem are traitors and should be investigated promptly and treated appropriately for their treason.) 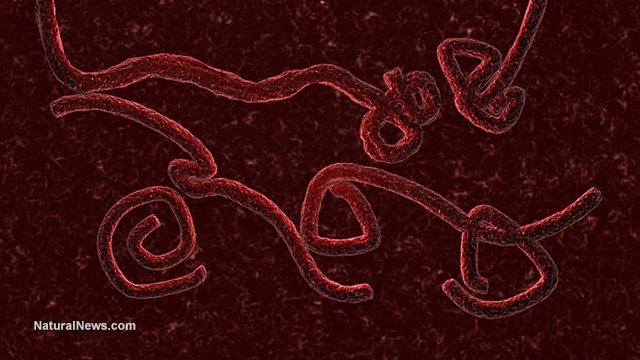 (NaturalNews) Efforts to bring natural Ebola treatments to suffering West Africans have been squelched by the World Health Organization (WHO), which recently blocked multiple shipments of nanosilver solution measuring at 10 parts per million (ppm) from entering the region, leaving thousands to suffer needlessly.

WHO officials also reportedly called off a trial at an Ebola isolation ward where local health authorities were set to begin administering the silver, which the U.S. government previously demonstrated is highly effective against Ebola. WHO ordered the trial not to proceed despite the fact that it had earlier voiced support for experimental treatments.

Both WHO and the U.S. Centers for Disease Control and Prevention (CDC) have given their blessing to experimental therapies for Ebola, citing a lack of proven treatment options. But when it comes to using therapeutic silver, all bets are off, it seems.

According to the Natural Solutions Foundation (NSF), efforts to ship nanosilver into Sierra Leone have thus far failed. The organization has been trying to deliver a shipment of 200 bottles of nanosilver 10 ppm, and 100 tubes of nanosilver gel, to no avail. At this point, the shipment has been returned to the U.S. for the third time.

"That parcel, shipped Air Express at a cost of $3400 to Sierra Leone on August 20, never made it out of Paris," reads an NSF action alert. "Air France has yet to find a reason for that. But it made its way back to the US again, apparently for the 3rd time without being delivered to Africa."

People are dying, and bureaucrats are still playing politics with silver

Formerly classified documents obtained from the U.S. Department of Defense (DOD) reveal that antimicrobial silver solutions like the kind NSF is trying to deliver to Africa have proven benefits in fighting Ebola and other forms of hemorrhagic fever. Research conducted by the DOD and several other federal agencies back in 2008 confirmed this, though health regulators largely ignored it.

A presentation entitled "Silver Nanoparticles Neutralize Hemorrhagic Fever Viruses," which revealed exactly what its name suggests, was buried and kept secret for years. In essence, investigators determined that simple silver solutions neutralize viruses like Arenavirus and Filovirus, both of which are related to Ebola.

Interestingly, the research was conducted with the backing of the DOD's Defense Threat Reduction Agency (DTRA) and the U.S. Strategic Command Center for Combating Weapons of Mass Destruction. The presentation was given by researchers from the Applied Biotechnology Branch, 711th Human Performance Wing of the Air Force Research Laboratory.

But not a single mainstream media outlet reported on the presentation, and to this day its findings have been largely ignored by establishment health authorities. Sadly, this political quagmire -- nanosilver is an obvious threat to pharmaceutical interests, and thus is being marginalized -- is resulting in thousands of needless deaths in West Africa with no end in sight.

Contact your representatives and demand that nanosilver be used in Africa (VN: or anywhere else its needed.)

NSF is calling on 10 million people to write their representatives and demand that clinical trials be conducted on nanosilver in Africa. The group says doctors and nurses need nanosilver to protect themselves, and patients need it to overcome the disease. Recommended dosages for each application are available at the following link; at the bottom of this page, you can also contact your representatives by inputting your zip code:
SalsaLabs.com.

Learn all these details and more at the FREE online Pandemic Preparedness course at www.BioDefense.com

Email ThisBlogThis!Share to TwitterShare to FacebookShare to Pinterest
Labels: Ebola, Government Conspiracy, WHO