Vatic Note:   This blog is a continuation and expansion of the one we put up 2nd tonight.  I was late in getting these up because I was searching for a more comprehensive treatment of the subject, since this all has been going on since before 1978.   Bottom line, is, the UN should be immediately defunded and discontinued, and those running it should be arrested for treason against the globe, and executed as any traitor to any country should.

I have a lot more to say, but do not want to use this as a venting vehicle, rather a problem identifier and to try to come up with solutions that would be permanent and executable.  I consider this below confirmed, based on what I see everyday in my little rural podunk town.

I see at least one ambulance a day on siren and heading out to pick up another senior having breathing problems.   I then see India issue a warrant for the arrest of Bill Gates for his implementing the vaccine policies in India, through propoganda, and then resulting in the sterile condition of its population. No new births to replace those being genocided by the globalists.


FUND RAISING TIME AGAIN.  This time we are in a bigger bind than we have anticipated, so we are begging you to donate as soon as possible to help us out of it.  I can't go into it right now, but suffice it to say,   We can not do our blogs or fund raising campaign, if we are out of business.

Now we are  asking for donations toward our $175 deficit this month. We are now on the 29th with only 2 days left to meet our goal.  SO PLEASE HELP US DO THAT IN SUCH A SHORT SPACE OF TIME.   If you can afford it, we appeal to you to donate to our cause to keep truth exposed and lies distroyed so we can prepare based on reality.... so help us do that,  please use the pay pal button off to the right of this bog.

Thank you for all your support over these many years.  I am still trying to find a way to fund this deficit without fund raising.  So far, no luck, but I am not giving up, so hang with us until we do.  Thank you again and God bless you and your family.

Used to be “depopulation agendas” were considered morbid whispers and spread of Conspiracy Theory. No More. Take a listen to this interview (first video linked below) with Kevin Galalae, who exposes the actual, planned Global Depopulation set up by the United Nations of the world via planned, intentioned, and acted-on mass sterility and morbidity being induced by all sorts of means,

including biological, chemical, psychosocial–translating to flouride in water, mercury and other things in vaccines, endocrine disruptors in food and water, additives and preservatives in food, GMOs, metals, toxins, and bioweapons in chem trails–none of these apparently is a creation of the deranged, delusional fear of “conspiracy theorists” as corporate mainstream media (by the varying ruses of its silence, disdain, and scorn) would have you believe. None of it is exaggerated concern. None of it is imagined.

“Interference” in fertility and conception for all women of child-bearing age, worldwide, and increased morbidity and early death for the baby-boomers and their parents–it’s all been planned, and it’s playing out now as planned.

There has apparently been an actual Global Depopulation agenda in place for Decades, ever since the UN was created, and the “Globalists” imposed their fear- and doom-ridden view of a catastrophic future for Planet Earth on all the nations of the world claiming membership in the UN by forcing participation in a worldwide plan for mass culling in slow-motion, over decades, through a variety of means.


What we are seeing played out in our skies now–the endless chem trails, in our flouridated and BPA’d water, in our GMO food systems, and in the rampant increase in infertility in developed and developing countries, as well as the high rates of cancer, heart disease, Alzheimer’s, dementia, autism, and a score of other diseases, is the deadly but aimed-for consequence of deliberate policies, strategies, and actions of genocidal intent practiced by the UN.

Policies it has striven to keep secret with carefully constructed and euphemistic language such as “demographic transition” and “sustainable development,” and holding all country-participants to silence, secrecy, and mass deception via non-disclosure agreements. (No wonder there is a complete lack of intelligent awareness about any of this in the pages of the New York Times or the Washington Post.)

The UN, the Vatican, the Military: According to Kevin Galalae as expressed in this conversation, the UN is the brain, the Vatican the “secular authority” permitting these “crimes of necessity,” and the military-industrial complex the strong-arm or muscle providing the physical means of delivery. There is no shadow global government, he says, although he recognizes the presence of the CFR, the Bilderbergers, the Trilateralists, it’s our own governments, all around the world, who are genociding us.

I have to say I felt physically ill listening to some of this podcasted/video’d information, and then exploring it later in print. Clearly I’m coming to it a bit late for Kevin Galalae and his extraordinary activism have been around for a while, as this journal-article at Sleuth Journal covering a long hunger strike he held at the Vatican last year attests. I am still exploring this subject but thought I would post some video and article links here for others to explore.

Kevin Galalae is a committed activist who spells out that people all over the world need to wake up and understand what is going on, speak out vociferously against it, and hold the perpetrators accountable–or just give up and let them continue to engage in mass genocide while poisoning the Earth’s waters, soil, air, and food for our children, which surely is not an option for anyone with an interest in the future of humanity–or the present, for that matter.


“NewsVoice asked the Canadian historian and political activist, Kevin Galalae if there is a global depopulation policy. Yes, he says and Galalae claims he can provide conclusive and incontrovertible evidence in his newest book, “Peace Without Poison”, that the international system post-World War II is based on genocide and that the vast majority of the world’s governments has cooperated with the UN to subvert their people’s fertility and, most recently, longevity in order to control population growth.
This global program of social engineering, now in its seventh decade, is the world’s best kept secret and the axis around which the international community has revolved since 1945, says  Galalae. This program seeks to artificially balance births and deaths in every country on earth and in this fashion stabilize the global population to ensure that all nations live within their means rather than outgrow their resources and cause wars of aggression.
Galalae states with certainty that the number of births is limited by interfering with the human reproductive system through endocrine disruptors deliberately inserted in food, water and beverages across the world at an incalculable price to human health.
"The damage done to the genetic and intellectual endowment of humanity is cumulative and more devastating from generation to generation and is the underlying cause for the so-called illnesses of affluence – heart problems, cancer, diabetes, obesity, allergies, developmental and neurological disorders – all of which have become endemic and together affect six out of ten people in the developed world and an increasingly high proportion of people in the developing world, where the program of covert depopulation began later, Kevin Galalae continues when describing a grim layout plan for human population control.”

Please read the whole article at NewsVoice. (This article was being blocked by my browser when I first tried to access it, I had to add in a security exception–but there’s nothing wrong with the site; I suspect, given the subject, that there are the usual network censors trying to keep this article from being read.)

Another article covering Kevin Galalae’s activism can be found here at Activist Post. 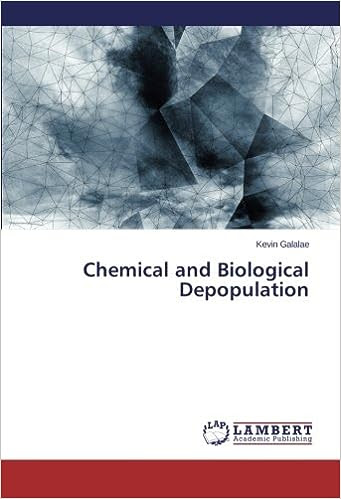 I’m all for nurturing and venerating Nature, but I’m a little worried by talk of Nature-worship which seems to posit Nature as a most fractious and demanding deity, and essentially a top-down commander, much in the style of current top-down controllers.

This characterizing, is, for instance, expressed in the Nature infomercial voiced by Julia Roberts (part of the Hollywood mind-control video linked in this post).

There are, obviously other views about population growth currently, and one of them critiques the Western panic-mode approach and idealogy about population control (even if it’s not the genocidal method detailed above), such as expressed in this essay by Haneul N’aavi

posted on Criticl.me: An Open and Honest Letter to Kevin Galalae, which calls into question the Anglo-American and Malthusian notions of resource scarcity and social Darwinism.

"Now Kevin Galalae has distinct views about alternatives to this covert depopulation agenda, and what he suggests is that everyone wake up to the recognition that we on Planet Earth today in 2015 do actually have to worry about resource limitations and population growth, moving instead to an “overt” approach where people voluntarily practice contraception and voluntarily limit population growth. He also sounds off on the need for people to acquire a global consciousness, and move into a non-consumerist mode of limiting consumption and a “Naturacratic” mode of global governance where we put Nature at the center. (His thoughts are especially shared in the Call to Action Radio Network talk, the first video above. 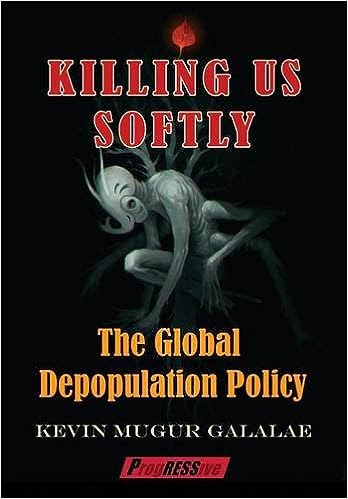 “The depopulationists are retreating with respect to chemical methods of sterilization and morbidity but are replacing them with biological toxins delivered through forced immunizations and an increased regime of vaccinations. I am preparing a letter that will single out the members of the board of the GAVI alliance, which is the new organizational structure behind which the eugenicists have regrouped and through which they intend to continue to commit genocide.”

Please follow Kevin Galalae on Facebook, read his books, explore this subject further online, consider what form your own activism can take.