We hope you have had a very Merry Christmas and wish you a healthy, prosperous and safe New Year. 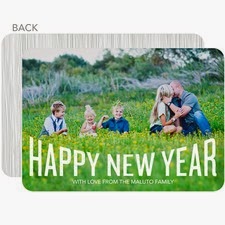 Fund Raising Status:   WE are now down to $90 left that we need by the first of the month.   If you can afford it, and you have benefited from our work,  we ask that you donate off to the right of the blog and help us meet our goal.  God bless and keep you happy and safe,  and we hope you will continue your wonderful support of our educational effort here to raise awareness of our predicament.

Vatic note: This is a must listen.  Icke is right, as many of our readers have seen on our blog, the scale of this pedophilia and the highups involved including royalty in many western countries, including Britain and the United States, IS ENORMOUS. He says its even worse than what we have presented.  He says we can't imagine the scale of this pedophilia, torture, ritual practices, and murder of all these children AS WELL AS WHO WERE DOING IT.   Toward the end he explains why they do it, and how its an integral part of their power and survival.  Very intriguing.


I personally researched the number of reported missing children from America in 2013 and the number was staggering, 900,000, which is almost a million and that did not include those missing in other countries, so you can see this must be tied into the depopulation agenda.  Family lines will end with these missing children, if they are the only offspring.  Or if something happens to their siblings.


David Icke said that Paedophilia, Satanism and secret societies all go together.  He also ties it all into the MK Ultra and NASA programs.   He talked about the syncronicity of it all that came to him all at the same time.  He discusses how these people traumatized the kids to break their mind up into self contained compartments, which can be then made into various personalities.


This is very educational.  He has done a marvellous job in talking about the scale of horror that these kids go through.  He uses Kathy O’Brien and Kelly, her daughter to explain how this all works.  He names names, Bush Sr., Gerald Ford, Clinton, British Prime Minister Ted Heath, Lord Mountbatten, and others in the royal family, and others not in the royal family but from the high elites of Britain and he  reads parts of the  Transformation book written by Kathy.  I tried to buy that book from England and they informed me that it was banned in the USA and they were not allowed to send it to this country.  This was before I knew what I know today.


Bush Sr. threatened and brutally attacked and brutalized these children including Kelly, Kathy's daughter, which was worse than what Kathy went through.  Its well known by the insiders, that Bush was part of all of this,  and they never reported it.  He even covered how pervasive paedophilia was internationally.   He then covers what Diana told a friend.  The royal family were going to kill Diana by car accident.   And sure enough, they did.

https://www.youtube.com/watch?feature=player_detailpage&v=Se0UF3pE534
The article is reproduced in accordance with Section 107 of title 17 of the Copyright Law of the United States relating to fair-use and is for the purposes of criticism, comment, news reporting, teaching, scholarship, and research.
Posted by Vatic Master at 2:00 AM