Vatic Note:  Well, look what I just fell upon? DON'T YOU JUST "LOVE" THE 4TH OF JULY?  First read this article and understand where this below came from and why it was issued.   It appears this kind of thing is happening everywhere.  We are coming together and realizing that when the system fails us and is gone, then we are that which gave birth to this government, thus we are those who can fix it from the grassroots.  We can do what is necessary "legally" to fix the problem.

Legally, the Constitution addresses our right to citizens grand juries and says not one word about any prosecutor or agent of the government when it comes to our grand jury authority.  It says "Citizens" have the right to empanel a grand jury.  That is us.  We are the citizens.  We are the People and this government is our creation and it will do as we say.

Further, the founding fathers were brilliant in that they put into the Constitution, the Sheriff as the highest law enforcer in the county and the courts have up held that finding.   So we simply and legally can go on our own and fix our problems.

This press release below is a result of just such Constitutionally minded citizens reclaiming their authority to bring the federal government in line with the law of the land.  That is exactly why our founding fathers put such protections into our governing document, so no dictator can usurp the powers and authority of the people in their right to "life, Liberty and the Pursuit of Happiness".

How nice is that?    This below is very educational and correct in its use of its authority and now those  having been duly notified have to comply.  If they do not, then we can proceed from a "RICO conspiracy position, to bring down the United States of America",  and arrest those involved and confiscate all their ill gotten assets.  That will aid us in paying off the national debt that can be proven to have occurred. 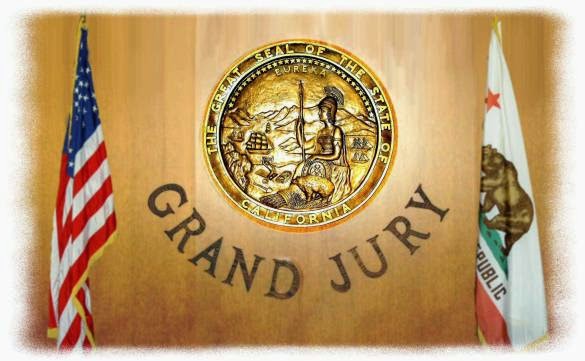 ON June 19, 2014 the organic American states of the Union — known as The United States of America exercising plenary civil power upon the land — issued Orders to all Members of the domestic Police Forces, US Marshals Service, the Provost Marshal, members of the American Bar Association, and the American Armed Services; and Appointed General Carter F. Ham to lead and command The Grand Army of the Republic (GAR) and its successors under the guidance of the Joint Chiefs of Staff and with their full support.

The Orders stIpulated that should it become necessary to suppress commercial mercenary forces operating under the guise of being federal government agencies — including but not limited to the Department of Homeland Security, the Federal Emergency Management Administration, the Internal Revenue Service, the Bureau of Alcohol, Tobacco and Firearms, etc. — General Ham shall assume immediate command and control of all armed forces and services owed to The United States of America stationed in North America and shall join them under his Command as The Grand Army of the Republic. And that all forces of air, land, and sea are to be employed.

Any cost or loss suffered as a result of deployment of The Grand Army of the Republic shall be charged as previously stipulated.

All effort shall be made by The Grand Army of the Republic to spare life and property while undertaking any action whatsoever within the states of the Union without exception.

If they are required to take field positions, the local commanders are ordered to make every effort to communicate the basis of their authority and the reasons for their presence on American State soil to ensure a prompt cessation of hostilities and a widespread understanding of the usurpations and acts of fraud which have led to any conflict.

All parties must be brought to understand the nature of the federal government, the limitations of its authority, and their own obligation to act in favor of the organic states of the Union.

The Grand Army of the Republic (GAR) shall continue to operate under General Orders 100 known as the Lieber Code, extant from the pen of the last Republic President, Abraham Lincoln.

No orders, Executive or otherwise, issued by Barack H. Obama pretending authority on the land of the American States while operating as “President” of the UNITED STATES Corporation nor as the “President” of the United States of America, are owed any performance by the Joint Chiefs of Staff, General Ham, or any Ordinary citizen.

All plainly stated grants of contractual authority evident in The Constitution for the united States of America remain in place, subject to good faith performance of the accompanying obligations and treaties.

Mr. Obama is the “President” of a governmental services corporation under contract to provide stipulated services to the organic states and is on their payroll. He otherwise acts as a foreign dignitary representing the United States of America, Inc. In neither of these capacities is he allowed any granted authority to impose upon American State Citizens, endanger American State property, or command mercenary forces on American State soil — however veiled as federal civilian service agencies.

The Orders require the Joint Chiefs of Staff and General Ham to commence measures to disarm federal civilian agency personnel and to seize control of the vast stockpiles of arms which have been improperly amassed by “the Department of Homeland Security”, FEMA, and other agencies employed by the UNITED STATES.

The Joint Chiefs of Staff are directed to communicate these General Civil Orders directly to Mr. Obama, the members of the “US Congress”, the administrators of all “federal” agencies, the members of the “Supreme Court” and those acting as “Governors” to compel their rapid understanding and cooperation.

Any expense or damage incurred by these organic states or any American State Citizen as a result of actions undertaken by any federal agency personnel acting as armed mercenaries on American State soil will be understood as the result of violent crimes committed against the peaceful inhabitants of the land and will incur immediate judgment liquidating the assets of the International Monetary Fund (IMF) and the Federal Reserve (FEDERAL RESERVE) in payment of the stipulated reparations. Such crimes shall also be considered contract default increasing the public debt subject to bounty.

Any and all corporate officers of the UNITED STATES or any successor organization(s) inheriting “federal” service contracts who support, condone, or promote such crimes against the American States or against American State Citizens shall be subject to arrest and prosecution for commercial and violent crimes.

All foreign officials operating as elected or appointed officials of the United States of America (minor) who support, condone, or promote such crimes against the American States or against American State Citizens shall be subject to arrest, confiscation of their assets, and deportation to Puerto Rico, Guam, or such other “states” as may be willing to receive them.

Insomuch as corporate officers operating the United States of America, Incorporated, and the UNITED STATES have contrived under conditions of fraud and semantic deceit to re-venue the estates of the American States and living American State Citizens to the foreign jurisdiction of the United States of America (minor) they are found guilty of capital crimes, including acts of fraud and treason committed between 1933 and 1945, and are condemned posthumously.

Insomuch as elected officials operating the United States of America (minor) have similarly committed war crimes against the American States and their peaceful inhabitants during the same time period, they stand condemned posthumously.

No enforcement upon any American State or American State Citizen is owed as a result of any “Act” of any “Congress” operating as the sovereign government of the United States of America (minor) nor as the Board of Directors or Board of Trustees of any incorporated entity whatsoever.

All legal fiction entities however structured and named after the American States and American State Citizens are returned to them and their control, free and clear of any debt, promise, encumbrance or obligation alleged against them as a result of false claims made “in their behalf” by officers of the United States of America, Inc. and the UNITED STATES, INC. or by any foreign officials operating the United States of America (minor), or the United Nations City State falsely claiming to “represent” them or have jurisdiction over them.

The current circumstance is in part the result of criminal acts engaged in 150 years ago, which resulted in the commercial enslavement of African Americans who were summarily claimed as chattels backing “US government” debt in the wake of the Civil War. Despite every act of abolition and declaration of prohibition against both peonage and slavery, it has been the policy of the “US government” to enslave its citizens and to operate as a rogue state among the nations of the world.

Instead of freeing African Americans the sum total result of the Civil War was to vastly expand public sector ownership of slaves, giving rise to the outrageous and improper claims that have been made against the American States and the American State Citizens that we are dealing with today.

It is uniquely fitting that The Grand Army of the Republic is recalled to settle this circumstance in favor of the people.

These Orders were addressed to and received by:
Joint Chief of Staff
9999 Joint Staff
Pentagon
Washington, DC 20318 – 9999

US Postal Service CERTIFIED MAIL RECEIPT
7012 3460 0003 4344 3512 – JUN 19 2014
For a more detailed report read:
DISCLOSURE 101: What You Need To Know
The article is reproduced in accordance with Section 107 of title 17 of the Copyright Law of the United States relating to fair-use and is for the purposes of criticism, comment, news reporting, teaching, scholarship, and research.
Posted by Vatic Master at 1:30 AM