You are Not Going to Believe What I just Found. These People want to make pedophilia normalized

Vatic Note:  AND THEY WANT TO RULE THE WORLD?  Over their dead bodies. What amazes me is how they NEVER discuss the lifelong psychological damage to these young girls and boys who have to endure these assaults upon their own bodies, and psyches.  These children are not old enough or mature enough to make such decisions as are forced on them by others in power.

This barrister should be disbarred for even suggesting this crime is a legitimate legal act.  A bar sanctioned lawyer advocating criminal acts is blatant disregard for the legal system she is suppose to serve.  Many of these advocating pedophilia were in fact brutalized sexually themselves as children and are now walking proof of the resulting total insanity it causes.


Add this together with the little noticed fact that the NDAA bill passed in 2012, also contained a section that makes the criminal act of Sodomy in the military, legal.  It changed the Military Justice Code from a crime to engage in sodomy, to legalizing it.  The first thought that came to mind when they did that, was the issue of the arrest of soldiers, directed BY THE CIA to sodomize children of Iraqi parents, in front of those parents in order to make them talk.

The soldiers who followed those illegal orders were arrested when they got caught.  Not when they did the deed under military and CIA command, but when they got caught doing it.  So, the only way in the future they can use such perverted and inhumane tactics without someone getting arrested, is to legalize it.  It has nothing to do with gay sex at all, rather it had to do with torture and acts of perversion to be used against others to get them to talk.  How is that reflective of us protecting democracy world wide?  Its not.  In fact, it proves the opposite.

No one wants to get arrested for piddling little children during their satanic ritual sex romps and that is why these below are advocating for making it normalized to have sex with 10 year old little girls and boys.   They also neglect to mention that 10 year old children are moving in to puberty only because the elite that own the agricorp farms are adding hormones to their cows for milk, in order to advance these children sexually.  That is how across the board these people have infiltrated our industries, government, military, and intel services.

Read this below and follow any other evidence we find in the future that promotes decriminalizing pedophilia.   Remember, Prince William was a good friend of a British billionaire pedophile who got caught and did not want to go to jail.  He got off, by avoiding prosecution altogether.


Yewtree is destroying the rule of law
http://www.spiked-online.com/newsite/article/13604#.Us2aearfu5k
by Barbara Hewson who is a barrister in London.,  8 May 2013 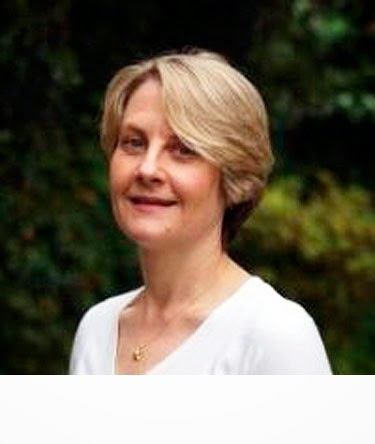 "I do not support the persecution of old men. The manipulation of the rule of law by the Savile Inquisition – otherwise known as Operation Yewtree – and its attendant zealots poses a far graver threat to society than anything Jimmy Savile ever did."

Now even a deputy speaker of the House of Commons is accused of male rape. This is an unfortunate consequence of the present mania for policing all aspects of personal life under the mantra of ‘child protection’.

We have been here before. England has a long history of do-gooders seeking to stamp out their version of sexual misconduct by force of the criminal law. In the eighteenth century, the quaintly named Society for the Reformation of Manners funded prosecutions of brothels, playwrights and gay men.

In the 1880s, the Social Purity movement repeatedly tried to increase the age of consent for girls from 13 to 16, despite parliament’s resistance. At that time, puberty for girls was at age 15 (now it is 10). The movement’s supporters portrayed women as fragile creatures needing protection from men’s animal impulses. Their efforts were finally rewarded after the maverick editor of the Pall Mall Gazette, WT Stead, set up his own secret commission to expose the sins of those in high places.

After procuring a 13-year-old girl, Stead ran a lurid exposé of the sex industry, memorably entitled ‘The Maiden Tribute of Modern Babylon’. His voyeuristic accounts under such titles as ‘Strapping girls down’ and ‘Why the cries of the victims are not heard’ electrified the Victorian public. The ensuing moral panic resulted in the age of consent being raised in 1885, as well as the criminalisation of gross indecency between men.

By contrast, the goings-on at the BBC in past decades are not a patch on what Stead exposed. Taking girls to one’s dressing room, bottom pinching and groping in cars hardly rank in the annals of depravity with flogging and rape in padded rooms. Yet the Victorian narrative of innocents despoiled by nasty men endures.

What is strikingly different today is how Britain’s law-enforcement apparatus has been infiltrated by moral crusaders, like the National Society for the Prevention of Cruelty to Children (NSPCC) and the National Association for People Abused in Childhood (NAPAC). Both groups take part in Operation Yewtree, which looks into alleged offences both by and not by Savile.

These pressure groups have a vested interest in universalising the notion of abuse, making it almost as prevalent as original sin, but with the modern complication that it carries no possibility of redemption, only ‘survival’. The problem with this approach is that it makes abuse banal, and reduces the sympathy that we should feel for victims of really serious assaults (1).

But the most remarkable facet of the Savile scandal is how adult complainants are invited to act like children. Hence we have witnessed the strange spectacle of mature adults calling a children’s charity to complain about the distant past.
The NSPCC and the Metropolitan Police Force produced a joint report into Savile’s alleged offending in January 2013, called Giving Victims a Voice.

It states: ‘The volume of the allegations that have been made, most of them dating back many years, has made this an unusual and complex inquiry. On the whole victims are not known to each other and taken together their accounts paint a compelling picture of widespread sexual abuse by a predatory sex offender.

We are therefore referring to them as “victims” rather than “complainants” and are not presenting the evidence they have provided as unproven allegations [italics added].’ The report also states that ‘more work still needs to be done to ensure that the vulnerable feel that the scales of justice have been rebalanced’.

Note how the police and NSPCC assume the roles of judge and jury. What neither acknowledges is that this national trawl for historical victims was an open invitation to all manner of folk to reinterpret their experience of the past as one of victimisation (2).

The acute problems of proof which stale allegations entail also generates a demand that criminal courts should afford accusers therapy, by giving them ‘a voice’. This function is far removed from the courts’ traditional role, in which the state must prove defendants guilty beyond reasonable doubt.

What this infantilising of adult complainants ultimately requires is that we re-model our criminal-justice system on child-welfare courts. These courts (as I have written in spiked previously) have for some decades now applied a model of therapeutic jurisprudence, in which ‘the best interests of the child’ are paramount.

It is depressing, but true, that many reforms introduced in the name of child protection involve sweeping attacks on fundamental Anglo-American legal rights and safeguards, such as the presumption of innocence. This has ominous consequences for the rule of law, as US judge Arthur Christean pointed out:

‘Therapeutic jurisprudence marks a major and in many ways a truly radical shift in the historic function of courts of law and the basic purpose for which they have been established under our form of government. It also marks a fundamental shift in judges’ loyalty away from principles of due process and toward particular social policies. These policies are less concerned with judicial impartiality and fair hearings and more concerned with achieving particular results…’

The therapeutic model has certain analogies with a Soviet-style conception of justice, which emphasises outcomes over processes. It’s not difficult, then, to see why some celebrity elderly defendants, thrust into the glare of hostile publicity, including Dalek-style utterances from the police (‘offenders have nowhere to hide’), may conclude that resistance is useless. But the low-level misdemeanours with which Stuart Hall was charged are nothing like serious crime.

Touching a 17-year-old’s breast, kissing a 13-year-old, or putting one’s hand up a 16-year-old’s skirt, are not remotely comparable to the horrors of the Ealing Vicarage assaults and gang rape, or the Fordingbridge gang rape and murders, both dating from 1986.

Anyone suggesting otherwise has lost touch with reality. Ordinarily, Hall’s misdemeanors would not be prosecuted, and certainly not decades after the event. What we have here is the manipulation of the British criminal-justice system to produce scapegoats on demand. It is a grotesque spectacle.

It’s interesting that two complainants who waived anonymity have told how they rebuffed Hall’s advances. That is, they dealt with it at the time. Re-framing such experiences, as one solicitor did, as a ‘horrible personal tragedy’ is ironic, given that tragoidia means the fall of an honourable, worthy and important protagonist.

It’s time to end this prurient charade, which has nothing to do with justice or the public interest. Adults and law-enforcement agencies must stop fetishising victimhood. Instead, we should focus on arming today’s youngsters with the savoir-faire and social skills to avoid drifting into compromising situations, and prosecute modern crime.

As for law reform, now regrettably necessary, my recommendations are: remove complainant anonymity; introduce a strict statute of limitations for criminal prosecutions and civil actions; and reduce the age of consent to 13.

Barbara Hewson is a barrister in London.
The article is reproduced in accordance with Section 107 of title 17 of the Copyright Law of the United States relating to fair-use and is for the purposes of criticism, comment, news reporting, teaching, scholarship, and research.
Posted by Vatic Master at 1:30 AM

Reading the outpourings of that meddling woman has done my head in. It's alright for her, she didn't get her childhood and education and career chances ruined by institutional child abusers, like some of us did. I have had to pay the price of other peoples abuse every day of my life.

Barbara Hewson either has absolutly no idea about the fallout of Pindown, or, even worse, she does. Either way, she should not be commenting on people she does not give a monkeys about!

Zoompad, I am so very sorry you went through a childhood riddled with abuse. That is why this ranting by this woman bothers me soooo much. I actually expect it from men, but not women, who are lawyers especially, who are SUPPOSE TO BE much more sensitive to child rearing implications of such abuse.

I don't know how old you are, but you still have a chance to do something productive and creative with your life, so ponder that and what would bring you joy. I was beaten as a child, but that beat the fear out of me and now I could not do this blog and say the things I say unless I was fearless.... and thank goodness, I am. That can be one positive that came out of a negative.

We must turn all our negatives into wisdom, positives lessons, and love of other victims, so they can heal with that love.