Vatic Note:  Do not let the headline fool you.  This is going on all over the country. THIS IS NOT AN ACT OF NATURE...... (BOY THEY ARE MESSING WITH THIS BIG TIME.  THEY WON'T LET ME BOLD THIS) Its funny, how once I tell you, then they let me do it.  Now you know why I tell you every single damn time they mess with me.   So they know that I am not afraid to tell you what they are doing and how close to home we are hitting them, and they stop because they realize I am going to do this every damn single time they do it.  This is a BIG story, why?  Because there are more armed hunters in this country than the entire military  of both China and Russia. And increasing,  as more and more women take up hunting and that is happening as we speak.   Thats why!   LOL  And I believe that is the reason this is happening.  After all, think about it.   An elk or deer moves a hell of a lot faster than a man and so hunters become crack shots at fast moving targets, and they become experts on rough terrain and learn how to navigate quickly and effectively within that terrain.  That is rough on foreign troops who have no clue about our terrain.   I don't care how many war games they have going.

This is hunting season and our hunters eat the meat which may mean they will be at risk of becoming ill from the disease that is considered fatal and there is no cure.  Why is this being released well after its been noted by various press we show at the end of this article, but not before hunting season when all the hunters are out and about.  In Colorado so far in our neck of the woods, no word on that happening here, but that does not mean anything. I  Will try to track down what is happening here.  REMEMBER ALL THE DEAD MICROBIOLOGISTS SINCE 9-11..... IS THIS WHY?  They had DNA sequencing expertise that would tell you which gov bioweapons facility the bioweapon came from.   Ok, found some mutilations but no disease here so far.

Given the low level of this disease that started in  BRITAIN, within the cattle industry,  how the hell did it get so pervasive over here IN THE WILD WHERE SUCH SOURCES FOR THE DISEASE ARE NOT READILY AVAILABLE AS THEY ARE IN DOMESTIC AGRICORP FARMS THAT ARE PIECES OF CRAP ANYWAY, and how did it occur  in such a very short time???? Answer that question and we will know who has done this false flag.  While this is a short time with so many  and so geographically distant?  CATTLE MUTILATIONS OF THE BRAIN HAVE BEEN GOING ON ALL OVER THE STATES for a very long time, INCLUDING DULCE  where there is alledgedly a US military and alien joint base AND COLORADO. What is the military doing mutilating cattle that does not belong to them?  Is it sample collections for research into a bioweapon since only the military controls bioweapon research?  Lots and lots of questions.

Since the Khazars are in charge of our Pentagon, then this is not a surprise.  Remember we posted a blog on "BLACK ARTS AND BLACK SCIENCE".  It would be wise to revisit that blog to understand how this could happen and why.  (They would not give me the article in my search box on the site, so I had to go to google and get my own blog.  Now tell me that isn't censorship.  They do not want us knowing about this.  It shows the role of the illuminati in these black sciences)

A recent mutilation in Colorado was heart and vagina.   Were these samples for testing some new biological  weapon or studying the heart and reproductive system that would be the next attack on us?  or to find out how to kill it... what?  I am truly beginning to believe this is a false flag bioweapon attack on us.  Depopulation?  Destroying out DNA?  Sterility?  etc?

Why are they killing off our deer and elk meat?  SO WE STARVE, and need the scum sucking pond scum to provide us with food.  Its the famine they have been  promising us for a year now.... Remember?  I kept asking, why are they warning us about a famine.  What have they done that has ensured a famine would occur?  Well, now we know.  Remember during the Bush administration, they did the same thing to a small sample, compared to the list below, which suggests a false flag is the cause, and it was  up in Wyoming.

Elk with this same disease, then we found dead cattle down in Dulce as we reported on our Dulce series that started out as a 2 part series and worked into a 6 part series. It was determined that those were probably used as experiments since they were missing the entire BRAIN, which is the source of the disease, by feeding it to these animals, and missing everything on their faces and eyes.  These people should be shot for killing these beautiful animals.  Satanists celebrate death and destruction of innocence and beauty, and that is what these deaths are of these animals.

Is that the aliens who were doing that?  Who knows, but for sure the CDC has worked on all of this over the past 10 years and I have a solid grouping of articles over time showing all the bugs that CDC worked on that should never have been touched. Some ended up at Baxter (of which Rahm and Obama are part owner and also Bush's are involved with that company) and over into Europe in vaccines that got stopped before they could kill off millions of europeans.  And now they are coming to roost in our back yards.   I would be shocked if those people at the CDC in Georgia were not at risk once Georgians find out about all this.  Aaaah,  I just gave myself an idea..... remember when, during Bush's time that they put the very first batch of military soldiers on American soil in war games based on a medical emergency??? The state they chose was Georgia, hmmm...  Is this related somehow?

We have included below, the related articles as a list of states and how many elk and deer have been identified with that same disease all over the country.  DO NOT TRY TO TELL US THIS IS NOT A FALSE FLAG.  WE WILL CALL YOU THE INSANE INHUMAN LIARS THAT YOU ARE.

DNR released a report Thursday updating efforts to monitor the intensity of the outbreak in Illinois.

EHD is caused by a virus spread by biting midges and is often fatal in white-tailed deer.
Deer experience high fever, and often are found dead in and around water sources.

Last summer’s drought conditions likely contributed to the severity of this year’s outbreak.
Freezing temperatures will put an end to the outbreak because insects will no longer be active.
Counties with the highest number of reported deer deaths include Cook with 326, Calhoun at 181, Coles with 138 and Macon and Shelby reporting 121. 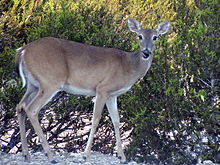 The last update in early September said more than 700 dead deer had been reported to officials with calls coming from more than 50 counties.

According to DNR, hunters should not be concerned about eating venison from deer that might have been infected with EHD and survived.

EHD has been found in neighboring Midwest states including Indiana, Iowa, Kentucky, Michigan, Missouri and Wisconsin.

Sick or dead deer that hunters or landowners suspect have contracted EHD, especially those found in or near water, should contact their regional DNR field office.
Reports also can be made directly to Tom Micetich, DNR deer project manager, at (309) 543-3316, ext. 231, or e-mail: tom.micetich@illinois.gov.
Include your name and phone number along with the county, number of dead deer, and specific location of the deer including the distance and direction from the nearest town.
galesburg.com
Fair Use: Educational


Related Stories
(VN:  Check out all the different states with the same problem.  first it was mutilations and now its the disease itself. Are they related?  Is this a false flag?  If so, those doing it are truly and irretreivabley AND CRIMINALLY INSANE. )

2,800 dead whitetail deer, Missouri  (VN:  This does not surprise me, its hard to get Missouri's reps and senators noses out of the butts of the SPLC AND ADL and we know they work for mossad. The Missouri Fusia Centers proved that when they called Ron Paul and his followers "domestic terrorists" which did not work. Nobody on the planet believes them anymore.  They used their one credibility shot a long time ago.)
To Mass Animal Death on Wednesday Oct 03 2012

400 deer have been reported dead, Gnats to blame for deaths in NC ?
To Mass Animal Death on Wednesday Sep 05 2012

Whats wrong with these sick cattle they are slaughtering ? What’s killing the deer ? *VIDEO*
To Mass Animal Death on Thursday Aug 23 2012

Mystery of dozens of dead deer Kinmen’s, Taiwan
To Mass Animal Death on Thursday May 17 2012

(VN:  IF THIS DOES NOT MAKE YOU WANT TO DO AN ICELAND ON THESE KHAZAR ZIONIST BANKERS, I DON'T KNOW WHAT WILL.)
The article is reproduced in accordance with Section 107 of title 17 of the Copyright Law of the United States relating to fair-use and is for the purposes of criticism, comment, news reporting, teaching, scholarship, and research.
Posted by Vatic Master at 2:00 AM