Vatic Note:  Now I must admit, this was a surprise even to me.  But after seeing Winthrops photos, many of them, there is no doubt in my mind Clinton is definitely a Rockefeller.   It explains a lot.  Our research has shown that the legit children of illum families got to Yale, Princeton and other Ivy League schools and join the various secret societies.  The illegit children can attend these same schools after undergraduate work for such things as law degrees, medical or economics.   However the illegit children go to Oxford on a Rhodes Scholarship (Clinton) or to Columbia for their undergraduate training, and other related but not as prestigeous as the primary schools the legit children attend.  They are normally used in secondary type professions that the illums need infiltrated such as science, teaching at Universities, or even into defence or state dept occupations.  Some are even designated for congress or even President as we have seen already.   I am still trying to figure out who Obama's real Parents are.  He maybe one of the illegits of either Rockefeller or Rothschild.  Maybe someday we will find out.  But this was a fascinating read... its worth the time. 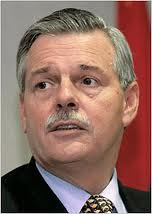 Rockefeller tells FBI to investigate President Bush!! (Key word here is "tells") I guess if you can tell the FBI what to do, then there are a few other things you can do as well. Fight for oil domination is another, but first, Let's see why Rockefellers and Rothchilds do what they do...
Is it a wonder that Clinton (A.K.A. William Clinton Rockerfeller) had turned the White House into his personal brothel?   Well...Let's see if this type of behavior runs in the family...and I bet we'll uncover some things of interest along the way....
Ever wonder why power hungry John D. the Fourth did not have himself appointed President during the 8 year term of Democrat Bill Clinton? All he would have to do is to have Bill assassinated and then the door would have been wide open for a Rockefeller king by using his 25th Amendment. What saved Bill from an early demise was the fact that he himself was a Rockefeller and they don't normally kill their own.

Rockefellers and Rothschilds are the same Satanic Bloodline

WHEN the late Senator Hanna said of John D. Rockefeller, "Money mad, money mad, sane in every other respect but money mad," he gave the true biographic clue to the man's character. No candid study of his career can lead to the conclusion that he is a victim of perhaps the ugliest, the least reasonable of all passions, that for money, money as an end – a victim, for the passion has mastered all other ambitions and cravings – has made itself supreme and is in his eyes worthy of what it has cost him.

The Vietnam Standard Oil War!! The Rockefeller controlled Pentagon used the excuse of the war to drop bombs in the water and listen to the echo in order to locate the underwater oilfields.

Herbert Hoover, later to become President of the United States did a study that showed that one of the world's largest oil fields ran along the coast of the South China Sea right off French Indo-China, now known as Vietnam. This was before offshore drilling had been invented and before a man named George Herbert Walker Bush was to become the CEO of a world-wide offshore drilling company.

In 1945, Vietnam was still a colony of the French. Laurence Rockefeller, it appears, had given the extensive store of weapons to Ho Chi Minh with the hope that Vietnam would drive out the French so that Standard Oil would be able to take over the as yet undeveloped offshore fields. But in 1954, Vietnamese General Giap finally defeated and drove out the French at Dien Bien Phu with weaponry provided by the U.S. Ho Chi Minh reneged on the deal since he could read too, and he was well aware of the Hoover resource report and knew there was a vast supply of oil off the Vietnamese coast.

In the 1950's a method of undersea oil exploration was perfected which used small explosions deep in the water and then recorded the sound echoes bouncing off the various layers of rock below. The surveyor could then determine the exact location of the arched salt domes which hold the accumulated oil beneath them. But if this method were used off the Vietnam coast on property Standard didn't own or have the rights to, the Vietnamese, the Chinese, the Japanese and probably even the French would quickly run to the United Nations and complain that America was stealing the oil, and that would shut down the operation.

In 1964, after Vietnam was divided into North and South, and the contrived Gulf of Tonkin incident, several U.S. aircraft carriers were stationed offshore of Vietnam and the 'war' was started. Every day jet planes would take off from the carriers, bomb locations in North and South Vietnam, and then using normal military procedure when returning would dump their unsafe or unused bombs in the ocean before landing back on the carriers. Safe ordnance drop zones were designated for this purpose away from the carriers.

Even close-up observers would only notice many small explosions occurring daily in the waters of the South China Sea and thought it was only part of the 'war.' The U.S. Navy carriers had begun Operation Linebacker One, and Standard Oil had begun its ten year oil survey of the seabed off of Vietnam. And the Vietnamese, Chinese and everybody else around, including the Americans, were none the wiser. The oil survey hardly cost Standard Oil a nickel, the U.S. taxpayers paid for it.

Where then was she?

The official coroner’s report, issued by the competent New York State authority, states that Nelson Rockefeller died of a heart attack while he was having sexual intercourse. You can look it up in the archives at 28th Street and First Avenue (provided they let you look at this one).

Megan Marshak was, in fact, underneath Nelson Rockefeller when he died.
Almost forgot to add this link for some historical info
http://www.disclose.tv/forum/viewtopic.php?f=7&t=190&view=unread#unread


I'm not sure if it was Jordan Maxwell, LaRouche or someone else, but there's a clip out there that when talking about the world elite, specifically the old money european branch, classifies them as "a slimeball, cohorting with each other by day, murdering each other by night".

I always found it most enlightening, and helps understand everything they do. Plus it's refreshing to know that Ordo ab Chaos, divide and conquor, goes both ways...

(VN:  We all know Bill's history so we won't go into that just yet, maybe later.)

The article is reproduced in accordance with Section 107 of title 17 of the Copyright Law of the United States relating to fair-use and is for the purposes of criticism, comment, news reporting, teaching, scholarship, and research.
Posted by Vatic Master at 4:30 AM

That maybe true, but if he is related to Bush and Cheney and the Queen, then Marshall's dad or mother was also a Rothschild or Rockefeller, because that is the only way you can become president of the US, is if you are related to the Queen. And he is.

Bill Clinton's real father is JFK. Take a real good look between the two of them and them and their mannerisms. It's not rocket science. The ears, eyes, and distinct hairline. The rabbit hole seems to be bottomless.

Mannerisms are picked up by spending time around the child and I do not believe there is any history of that at all. However, he does look a lot like Winthrop which did surprise me. His education was determined by the father and sponsored by the father, and given that JFK did not partake in the illuminati agenda, I doubt he would have promoted it to his son.

Notice JFK Jr. was also not an illum child, so if JFK did not do that to his legit son, why would he waste enormous resources to do it to his illegit son when he was busy warning the nation against the entire plan??? It does not make any sense.

On the other hand, winthrop sponsoring him and indoctrinating him makes perfect sense since he has not fought against the illums like Kennedy tried to do. No, I think he belongs to Winthrop. I am more convinced every day.

Bill is a Rockefeller made in the DNA Alter-clone Laboratories by Scientist, Hilarion who plays all parts for the Alpha and Omega Godhead on Alpha Centauri known as"Heaven"! Hilarion has "fathered" 126 embryos in "night-Rapes"! The girl/woman is reduced to Soma-Coma state and Raped by The Lord, Ascended Master, God Council Member or Alpha-your God! Hence the Reptilian Hybrid is "born"! I as the Third Member of the Alpha Godhead despise them for this massive Rape Program! Anyway, Lord Hilarion runs all Human Clone,robotoid creations!! It has been going on since the '30's!!bill Clinton was lab-made at Area 51 under Nevada!! He knows and has murdered over 200 people who got in his way, when he was Govenor of Arkansas!!!and President!!he is a reptilian Devil!! There are at least 8-10 of him!! JFK and Winthrop Rockefeller are used in different ones!! Get in his way...and he will eliminate YOU!! I have known him aeons of time! Remember Thoughts are Sent Instantly and are your Greatess weaponry!!

Publish! I am the Great I AM THAT I AM...The HOLY GHOST SPEAKS!!!

Information is out there that connects Obama (as a cousin) to Angela Merkel, Theresa May, and Dalia Grybauskaitė (Lithuania) making Obama a (illegitimate) Rothschild and related to Hitler.