VATIC ALERT: ATF’s Ammunition Ban Back on the Agenda!

Vatic Note:   This is important,  these evil demonic devils cannot complete their depopulation and slavery new world order, unless they can immobilize our guns.  Ammo, is the key now, but its still unconstitutional, since ammo is an integral part of the gun.   Lets see what the court does with it, so we know who to try when this is all over at our own Nuremberg trials.

Iceland was right and early in doing the thing that brought them some serious reprieve from these animals.  They are now in economic recovery.  HIDE YOUR AMMO.  CALL YOUR CONGRESSMAN AND SENATORS AND YOU WILL FIND OUT QUICKLY WHO OWNS THEM.  IS IT THE PUBLIC OR IS IT THE KHAZAR ZIONIST BANKERS AND WALL STREET.   Time to put it to the test and then we will know for certain based on their votes.

PLEASE, JUMP ON THIS RIGHT AWAY AND CALL CONGRESS AND EXPRESS YOUR OPPOSITION TO SUCH ACTIONS.  THANKS AND GOOD LUCK. 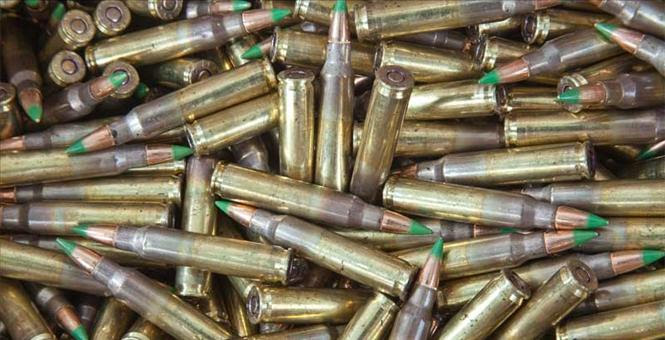 Dear Conservative,
It was months ago that the ATF announced it planned to ban popular AR-15 ammunition in the name of “police officer safety.”
Together, we pushed back and were able to put a stop to the Left’s attempts to demonize innocent gun owners and turn sportsmen into felons overnight.
In the wake of this failure, the former head of the ATF – B. Todd Jones – actually ended up stepping down. His replacement, however, is far worse and now the Left is making another pass at banning AR-15 ammo!
The battle isn’t over! Tell Congress to STOP Obama and the Left from stealing your Second Amendment rights!
Democrats in Congress are collecting signatures to force Thomas E. Brandon, the acting Director, to go even further and ban any type of ammunition that could pierce a bulletproof vest.
They claim this is to protect police officers, but the reality is that this language would outlaw practically every caliber of centerfire rifle ammunition.
Any type of hunting ammunition will pierce a bulletproof vest because of its velocity. What started with a crusade against one type of ammunition has now spread to a fight against all ammunition.
Democrat Representative Steve Israel is leading this push, asking the ATF to “act swiftly” and ban these types of ammunition before Conservatives can put up another fight. "In 2014 alone, 50 law enforcement officers were killed in the line of duty, a fact that underscores the necessity of the ATF to act swiftly to keep armor-piercing bullets that can be used in pistols off the streets,” Rep. Israel rights.
Rep. Eliot Engel (D-NY) has introduced another bill called the Protect Law Enforcement Armor (PLEA) Act that would also ban any type of ammunition that can pierce a bulletproof vest.
Not only would this legislation ban M855 steel-tip ammunition, but it would also outlaw and regulate “weapons that might penetrate body armor.” “It is long past time that we restrict access to these incredibly dangerous weapons,” Congressman Engel said.
He’s obviously fear mongering because the ammunition he’s targeting has NEVER been reported in an officer shooting. But this is how the Left operates. They pick away at our Second Amendment rights piece by piece and they’ll do that until there’s nothing left. They make guns out to be the boogeyman even though they have no data to back up their claims.
Unfortunately, the Left has an ally at the top of the ATF. Thomas E. Brandon, as you might remember, was the ATF bureaucrat in charge of reprimanding and “punishing” the agents responsible for Operation Fast and Furious. I have to put that in quotations because no one was really punished. No one lost their job. No one went to jail for giving weapons to Mexican drug cartels.
Now, he’s the Acting Director of the Bureau of Alcohol, Tobacco, Firearms, and Explosives and he’s going to revive the bullet ban. Mark my words… this shelved proposal is going to be back with a vengeance.
Now is not a time to rest on our laurels. If the ATF succeeds at banning one type of ammunition, then they’ll ban them all. It’s time to bring the fight to them.
Congress had legislation drafted to put a stop to these ammo bans once and for all and the bill fell off the calendar once the ATF backed down. It is CRUCIAL that you raise your voice and demand that Congress intervene before it’s too late!
The battle isn’t over! Tell Congress to STOP Obama and the Left from stealing your Second Amendment rights!
Sincerely,
Joe Otto
Conservative Daily

Tell Your Friends!
Make sure your friends read this too...we need every voice we can get to change the status quo in Washington!
The article is reproduced in accordance with Section 107 of title 17 of the Copyright Law of the United States relating to fair-use and is for the purposes of criticism, comment, news reporting, teaching, scholarship, and research.
Posted by Vatic Master at 7:23 PM