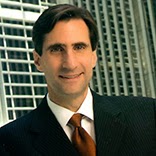 World Bank ventures in less developed countries are hurting the people the organization has sworn to protect, with almost four million people across the globe left homeless, forcefully evicted and relocated as a result of World Bank-funded projects.

A probe by the International Consortium of Investigative Journalists (ICIJ), which examined World Bank’s records in 14 countries, discovered that some 3.4 million of the “most vulnerable people” were forced off their land in the last decade.

The World Bank “has regularly failed to live up to its own policies for protecting people harmed by projects it finances,” ICIJ states as one of its key findings.

The World Bank as well as the International Finance Corporation (IFC), which distributes the funds, have invested $455 billion in nearly 7,200 projects between 2004 and 2013 in the developing world, ICIJ says. More than 400 were confirmed to have caused the permanent displacement of local communities, while another 550 may have made locals homeless.

“An ICIJ analysis found that between 20 and 30 percent of all projects the bank funded from 2004 to 2013 were deemed likely to cause resettlement,” report’s summary reads.

The World Bank finances thousands of projects ranging from major oil pipelines and dams to small schools and clinics. In some countries the organization reportedly closed its eyes to numerous human rights violations. The ICIJ investigation was surprised to discover that in some instances, the World Bank continued to fund projects in “undemocratic” states even after evidence of abuses such as rape and torture emerged.

For instance in Ethiopia, former officials told journalists that the state used millions of dollars from health and education projects to fund a violent campaign of mass evictions of local populations. Yet despite numerous complaints from human rights groups and the indigenous Anuak population, the World Bank disputed claims that their money has been misused or misappropriated.

Kenyan forest conservation project using World Bank cash is claimed to be another example where funds were used to chase locals out of their ancestral homes.

The 11-month-long ICIJ investigation revealed that most of forced resettlement cases appear to take place in Asia and Africa. In Asia almost 3 million people were either left homeless or resettled, while in Africa that number stands at over 400,000.

The organization’s investment in China resulted in the resettlement of at least 1 million people, the investigation said.   In Vietnam alone some 1.2 million people were displaced during the construction of dams and power plants by the organization.

“Research has shown that millions of people have lost their livelihood and have been pushed into conditions of poverty because of large hydro-electric dams,” environmental and human rights activist and director of Right and Ecology, Annie Bird, told RT. “It is an investment which has not resulted in furthering the mandate of the World Bank, which is eliminating poverty.”

From 2009 to 2013, the study found, World Bank Group lenders “pumped $50 billion into projects graded highest risk for their “irreversible or unprecedented’” social or environmental impact. That numbers, the authors estimate, is twice as much as the previous five-year span.  ICIJ informed World Bank of their discoveries in March, warning of “systemic gaps”.

“We took a hard look at ourselves on resettlement and what we found caused me deep concern,” Jim Yong Kim, the World Bank’s president, said in a statement at the time. “One is that we haven’t done a good enough job in overseeing projects involving resettlement.”

The organization also compiled a five page “action plan” that it said would improve its programs.  “We must and will do better,” said David Theis, a World Bank spokesman, in response to the reporting team’s questions.

As the largest contributor to the Wold Bank, the US government is largely to blame for the organization’s shortcomings, Bird believes.  “The Bank could take measures to find alternatives for people who are losing their livelihoods to large infrastructure projects, it has just never been prioritized,” she says. “I think a lot of responsibility for that lies with the member nations, particularly with the United States government which has the largest share and voting power in the World Bank and therefore sets an important part of the Bank’s lending agenda.”