No ISIS in Afghanistan, They Made it Up, US troops held over to guard the opium harvest

Vatic Note: I don't believe President Obama was snickered into anything.  I believe he does as he is told without any argument.  We all know his opinion of this country and its culture and he has not made it secret from the beginning in so many ways.  This article tried to say he was snickered into doing what he has done, but with Czars around him, like Rahm Emmanual,  Ezekiel Emmanual, an avowed Eugenicist, Bill Ayers, a noted domestic terrorist, and others of his ilk, then its clear he is managed fully.  He can't even talk about government issues, without a teleprompter since he has no idea what is going on, he just does as he is told.

So, now its up to us, since the senate is in no better shape than the White House.  I heard Senator Lindsey from one of the Carolinas say that ISIS is setting up training camps here in the US.  And he never once mentioned anything about who created, funded and controls ISIS.  He knows, as well as I know, but he is maintaining the image he needs.  This below explains all that has gone on to date in this country with the express purpose of creating a disconnect between us and our government, to where we are floating, rather than stably operating on a solid foundation that we once use to have.

They have destroyed the foundation that our children were raised on and now can manipulate them into the satanic coven they all belong too, and the agenda moves forward.  Don't forget, that country was the main source of the Heroin distributed to our children here in the USA.  That has not even been denied, but its money raised we recently found out was used to fund the NWO intel services black ops, so they don't have to go through sovereign countries elected leaders to so their dirty deeds.

No ISIS in Afghanistan, They Made it Up, US troops held over to guard the opium harvest
http://www.veteranstoday.com/2015/03/30/no-isis-in-afghanistan-they-made-it-up/
Posted by Kadir A. Mohmand on March 30, 2015

[ Editor’s note:  Last week, Afghan President Ghani came to Washington and addressed congress on an imaginary threat much as his predecessor Netanyahu had done only days before.

According to our sources on the ground in Afghanistan, there is no ISIS operating there and President Obama was “snookered” into leaving American troops plus tens of thousands of CIA contractors, in Afghanistan.

The American taxpayer is funding contractors and other criminal elements to traffic narcotics, cause civil unrest and now pretend to be ISIS.….Gordon Duff ]
RE: The Brutal Killing of Frakhunda Shows that Ghani has No Control No Matter How Much Money the U.S. Spends. He is just a U.S. Puppet and U.S. Donkey led around for Show by the U.S. Saying What Pleases the War Profiteers and the U.S. Government so that the War and Occupation of Afghanistan Continues.

The U.S. trained terrorists, the Afghan Police thugs, National Security thugs , and the street thugs participated in the killing of an Afghan woman, 27-year-old Farkhunda. U.S. Puppets Ashraf Ghani and Abdullah Abdullah should have remained in Afghanistan to address the Afghan nation about this national tragedy.

These U.S. stooges should have talked to Farkhunda’s family and relatives to find out why this tragic incident happened. Instead, these U.S. puppets flew to Washington to beg for more troops and money to buttress their shaky and unpopular regime. Ashraf Ghani addressed the U.S. Congress and the Institute of Peace now (Institute of War Profiteers), pleasing his master, begging for money and more troops, and saying what the U.S. wanted to hear. There needs to be justice for Farkhunda.

Instead of focusing on his barbaric Afghan police who are terrorizing Afghan women, on March 25 2015, in his address to a Joint Meeting of the U.S. Congress Ashraf Ghani stated that , “Terrorist movements whose goal is to destabilize every state in the region are looking for new bases of operation. We’re the front line. But terrorists neither recognize boundaries more require passports to spread their message of hate and discord. From the west, the Daish is already sending advanced guards to southwestern Afghanistan.”

Former President Karzai and other Afghans on the ground have stated that it is not true. Daesh (ISIS) is not in Afghanistan. Afghans have reported seeing U.S. helicopters dropping alleged terrorists down into the villages.


It sounds like a CIA false flag operation. I strongly believe this new message is just more propaganda so that there can be a reason given to the public to increase U.S. troops, slow any alleged withdraw, and continue the war and occupation, which is beneficial to the war profiteers many who are current or former government officials.
Puppet Ghani and the U.S. government want to create the appearance of a new terrorist threat in Afghanistan. The U.S. Congress needs to truly investigate whether Daesh (ISIS) is really in Afghanistan.

The U.S. Government needs to release documents that proves Daesh is there. I strongly believe this is John Kerry’s Daesh propaganda project. I believe Secretary John Kerry is the cause of instability in the world and he needs to resign. 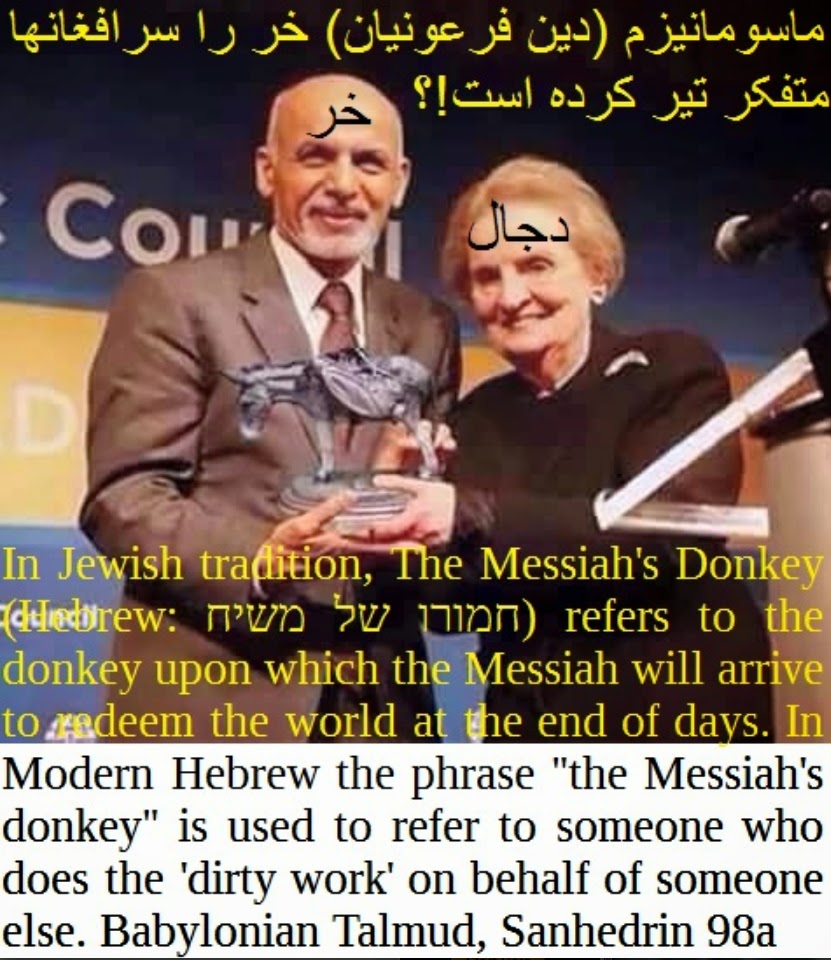 During the past 15 years of occupation of Afghanistan, the U.S. government has emphasized that it has been protecting Afghan women. The U.S. has spent trillions of dollars on the war with a large portion for the training of the Afghan police thugs and security forces.

Just a few days ago, an Afghan woman, named Farkhunda, from a well-respected family, less than a mile away from Ghani’s barricaded palace and ISAF headquarters, was brutally attacked and eventually killed by a group of street thugs and U.S. trained Afghan security forces. She was a teacher and lived in Kabul. She used to guide the Afghan women in the right direction -not to spend their money and time on magic products and remedies, superstitions and other non-Islamic practices.

The business owners of these non-Islamic operations falsely accused her of burning the holy Quran and attacked her while the U.S. trained Afghan police participated or stood by. After her killing, her family was threatened by the Kabul Chief of Police and told to quickly leave Kabul and not to talk about the killing of their daughter to press.

They were forced to tell the press that their daughter was mentally unstable. The main stream media is not telling the truth about what happened. Farkhunda was not mentally ill. She was an educated and bright Afghan woman teacher. Even if she was mentally ill or had disabilities, such an inhuman attack on her would never be justified.

Freedom for an Afghan woman means, being able to walk on the streets without the fear of being attacked and killed. Farkhunda was mercilessly vanished from the face of earth. Obviously, the Afghan police is not the defender, but the violator of the rights of the Afghan women.

An Afghan woman must be assured if that happened Afghan police and security forces would come to her aid. Freedom for Afghan women also means an Afghan woman being able to live in her country, with her family, with her culture being respected, with her honor in tact and with her religion being respected, without the fear of being attacked and killed by street thugs, Afghan national security, Afghan Police, foreign occupiers and private contractors/mercenaries.

In an Afghanistan occupied by foreign military, private contractors/mercenaries and U.S. trained Afghan Police and security forces who are terrorizing Afghan Muslim women, in an Afghanistan with widespread drug trafficking and rampant systemic corruption, there can be no true freedom and safety for women or anyone.

Where war and occupation is waged and where money and power is worshiped by its war profiteers and foreign puppets, there can be no justice, peace or safety for Afghan women and all other citizens.
Sincerely,

The views expressed herein are the views of the author exclusively and not necessarily the views of VT or any other VT authors, affiliates, advertisers, sponsors or partners and technicians. Notices