Vatic Note:   Vatic Project has been saying "forever", that Putin is owned by the elite and is part of the scam to "pretend" offenses so they can justify the bogus WW III between various nations,  whose leaders are all in on the scam.   These khazars can never do anything straight forward.   I honestly believe they don't know how.   Its easy,  Here is how to do it..... "America, you are too wealthy and free, although we are changing that, and you are a pain in our side, so we intend to go to war with you to put you down.  Just so you know."

Now, how hard is that?   Its cheaper, quicker, more honest and to the point.   What I am finally realizing myself is that there are no wars on this planet UNLESS the Khazars are involved in setting them up and making sure they end as planned.  So, if we want peace forever, the only choice we have is getting rid of the bankers forever, and every nation taking back control of their currency and credit and doing so forever.   Oh, and some form of asset backed currency would have to be a part of that.

Way back we did research on how economies did under asset backed currencies, compared to the fiat backed currenies and "voila",  they performed way way better than the fiat currency system.  Why am I not surprised.

In the wake of Putin's March 4 election victory, we reprise a Muscovite's clear-sighted argument that Putin is merely a front man for the Illuminati-controlled KGB. 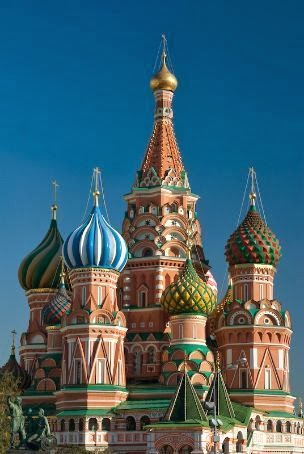 People in the West see Putin and Russia through the rose colored glasses [provided by the mass media.] Well, the reality is not rose colored at all.

After gangsterism and anarchy of Yeltsin's reign, people wanted "a strong hand". And here comes Putin. In the first place everybody was suspicious. Within half-year he rose from a little-known bureaucrat to Prime Minister and President. He was appointed by Eltsin himself.

Who is Putin? He is a former KGB officer. Was born in S-Pete in a simple family of workers. His mother was Jewish (VN: Probably Khazar or he would not have risen to power, remember the Wall Street brokerage houses financed the Russian revolution and took total control of Russia.)  When he came to power he said: "We have to clean the mess".

KGB was given a new name of  FSB (transliteration from Russian). FSB stands for Federal Security Service. That's a key word in Russia. Its key meaning is corruption. Because the FSB rules.

We a have a hidden government of FSB. Well, in fact it's not so secret anymore because everyone knows that FSB are legal bandits. They are behind all Russian oligarchs with their multi-billion dollar fortunes. I don't know the names of FSB bosses - they are never said out loud - but I know that at all levels FSB officials are corrupt.

Even the lowest ranks are corrupt. We have a joke in Russia: "Being a FSB official is a disease".  I have an example. A friend worked for a pharmaceutical company located in Moscow. One day (in May 2007) he had to urgently leave on business. He said he was flying to Dubai. Only three months later I learned that it was not Dubai but Mauritius.

The real story was as follows. The boss of the company received a phone call from a FSB official who demanded a sum of one million euros. He just said: "We want a million euros or we close your company".

So the boss and my friend (who was a Deputy Director) flew to Mauritius to transfer the income of the company offshore so that formally they have no income in Moscow.

In Russian we call [this extortion] the "the roof". You pay to the roof and it doesn't leak. "The roof" is normally represented by some official. In Yeltsin's time "the roof" were real bandits. In Putin's time, they are [government] authorities. The question is the amount of money you have in your company.

Russia is impregnated with corruption. Police are corrupt, law are corrupt, anybody who holds an official post is corrupt. The higher the post, the bigger the bribes.

But Putin pretended to be cleaning the mess. He chased out some oligarchs (who are generally hated by Russian people). He let people have as many bank loans as they wanted and again, like with Yeltsin, there was an illusion of change for the better. It was nothing but illusion.

And the way Russia is trying to pull through the economic crisis proves it.

Well, Putin is a very rich man now. Despite claims that he has nothing to do with business, he has his hand in resources (especially oil). Roman Abramovich (Russian billionaire currently living in London) is his associate. We call him Putin's cashier.

By the way, some time ago there was a buzz in the press about Putin constructing for himself a luxury temple somewhere in Switzerland.
When he makes reports on TV he always blathers away about some mystical economic growth. There is no economic growth in Russia.

One understands that as soon as he drives out of Moscow. Shabby houses, bad roads, the premises of former factories are let for rent to sell China-made stuff. What was not robbed, works on dilapidated equipment that dates back to the seventies.

In 1991, the Russian government began to sell oil to the West. Not a cent of this money has been invested into Russian economy. Part of the oil money goes on imported goods and the rest (which I figure is the biggest part) goes into the pocket of bosses who sit on the oil pipe.

The Russian government are no fools. They know that the policy they pursue is murderous for Russia. They do it on purpose. They are killing the country. It's part of the elite's plans.

The next step, according to Zbigniew Bzrezinski is to split Russia into seven regions. They don't talk about it yet. But it's the agenda. They'll do to Russia, what they did to the USSR.

In the meantime PR campaigns for the Russian President work beautifully. They portray him as "a man of strong hand". Russian people are duped again. The only thing that is good about Putin is that he doesn't drink and can make more or less comprehensible sentences. Ah, I forget. He took English lessons for five years. Good boy.

Putin is a pawn like Yeltsin or Gorbachev. He never makes a single decision without Washington's permission. (VN: Without Londons Rothschild's permission)

He is a corrupt official who does exactly what the world's elite wants him to. He lies to Russians about economic growth while stuffing his pockets with money.

Presidential elections in Russia are fake. Presidents are not elected - they are appointed. Current president Medvedev is Putin's associate. The scenario for him: he will not live up to Russian people's expectations, he will be blamed for crisis and he will go in three years. His part is a scape-goat for the current economic crash in Russia. Most likely that Putin will be back.

I wonder how people still believe this political theater.

- See more at: http://www.henrymakow.com/putins_russia_is_also_illumina.html#sthash.yT2HvZiB.dpuf
The article is reproduced in accordance with Section 107 of title 17 of the Copyright Law of the United States relating to fair-use and is for the purposes of criticism, comment, news reporting, teaching, scholarship, and research.
Posted by Vatic Master at 2:00 AM