Vatic Note:   When I first ran across this, I was sceptical and had to dig some more to try and prove this was the reason, rather than just guessing.  So I looked at what we DO KNOW from previous evidence and went from there.  So what do we already know from previous blogs and evidence???

1.  We know that the US Gov and probably all European based governments that have been infiltrated or taken over, are tracking RH negs.  Some have even posted in the comments section of various blogs, that they have had visits from the FBI which you know is now under the Dept of "STORM TROOPERS" Homeland Security.

2.  We also know the satanic evil ones always have to tell us what they are doing to us before they do it to exempt themselves from responsibility for their actions. Its written in the Babylonian Talmud.  The gulf blowout is a prime example.   It was in the movie "The Knowing" that was released 9 months before the blow out ever occurred.

That movie also shows they intend to nuke us into oblivion with false flags pretending we have enemies that are traditional, when it fact the only enemy attacking us are the khazar Zionists under cover in various western governments.   They have also flooded the movie industry with Zombie movies, giving us an indication of something else they have planned.

3.   #2 above reminds us of this fact.  We also know, since they told us, that they plan on depopulating us, using the Georgia Guidestones to embed their compliance with the notification laws in stone.

4.   We also know that RH neg is found no where in nature, and that there is a difference between the Satanic copper based hybrids and the Christian pure RH negs which are iron based, and their view of their world, which is diamentrically opposed.  The copper based have proven to have NO MORAL BASE/CORE whatsoever as royalty of Europe and leaders of Israel have proven. The pure RH negs are blonde haired and blue eyed.  The hybrid copper based are red or dark hair and blue/green eyed.

5.   We know that it was the Zionist and Wall Street bankers that over threw the Russian Czar and installed the deadly system that cost 63 million Christians their lives.  We know the copper based RH's hate Christians, and I believe its not because of the religion per se.... I believe it is because they are BORN with a moral core ( A conscience ) and that is diametrically opposed to the Satanic occult dark arts and demon world that these people inhabit and visit.  Are they afraid of us?  And Why?

7.  If you have one allele from one parent, and you exhibit any of the characteristics of the RH neg, Iron based, yet you are said to have RH positive blood, then it would behoove you to follow the same plan outlined for the RH negs.  How would you know if you have one allele?  Blue/green or hazel eyes, blonde, Red or dark hair with red highlights.  (That constitutes, along with the full RH neg,  about 60% of the European and American population.)

Also you would be very empathic,  somewhat psychic,  truth seeker, and a rescuer of the underdog and downtrodden-poor people.  Whether Christian in faith or not, you would exhibit and feel as if you were following the teachings of Christ without meaning to.  After all we showed on here that Christ was blonde haired and blue eyed, and a Nazarene and not Jewish or Hebrew.  He also had AB neg blood.

We are still going down rabbit holes on this subject, so stay tuned.  This is not only a planetary mission on our part, but its also personal.   Please read and you decide.

PLEASE NOTE: THE REAL TARGET OF PSYCHOPHYSICAL WARFARE
IS TO EXTERMINATE CONSCIOUSNESS TOWARDS THE 4TH DIMENSION  ASCENSION, INDIGOS ARE THE HOPE PLEASE TRY TO UNDERSTAND  THEIR MESSAGE OF LOVE BUT ALSO OF AWARENESS. 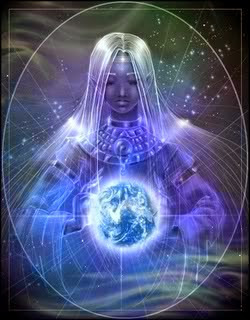 ....... The reasons for chemtrailing are many and varied. We have all heard the argument that they are to modify the weather and to adjust levels of sunlight absorption into the ground. Other people have said it is to do with protecting the upper atmosphere from UV Rays and Ozone depletion.

The real reasons that NASA, the DIA, the DoD, the USAF, the NSA and the CIA won't ever, ever give you will be listed here. Within the chemtrails are known to be bioenzymal DNA Activants. These are biomolecular chemical compounds that react with specifically designated types of DNA.

These chemtrails are genotype or racially targetable. Once within the atmosphere, and as they mix with the oxygen we all breath, they react in different ways within different people. When it rains these bioenzymal chemicals seep deep into the water table below ground. We wash with them, we eat food sprayed with them and we drink water containing them.

RH Negative means Rhesus Hominid Negative. The 13 Illuminati Families and the Committee of 300 are all referred to as Blue Bloods. This is because historically they had copper-based blood. They were ferroglobin types, we are iron-based or haemoglobin type humans. They are also all RH Negative in their bloodtypes. The Luciferian Illuminati Families want to massively reduce the global population down to only 500 million by 2020.

At the current rate they will successfully achieve this without any hiccups. Those humans with RH Negative bloodtypes are deemed as a 'rogue threat' to the Illuminatis own 'Royal Blood' or 'Blue Blood'. So therefore they want to make sure all those with it are exposed and eliminated in the very near future. All DNA emits a Electromagetic Frequency, (EMF). They have the EMF Scalar Weaponry to easily detect this in all urban areas. It is known within scientific circles mainly people who are racially White Anglo Saxon or White Europeans have the RH Negative bloodtype.


Those who are very pale skinned and have blonde hair and blue eyes are especially susceptible to RH- bloodtypes. The 13 Illuminati Families are all Aryans themselves, even those such as the Rothschild Illuminati, who are Ashkenazim Jews, in other words White Jews. You see, whether you want to believe this or not, i'm going to stick my neck out and say it. There are Satanic or Luciferian forces that secretly run this planet from the lower Fourth Density and upper Third Density, which are outside of our Visual Cortexes reception.

They are a Reptilian race. They are transdimensional entities. They are called the Draconian Reptilians. Your amazing Native American Indian tribes, (the Red Race) have known about them for thousands of years, yet few ever listened to Medicine Men and Shaman talking about Pow Wow and the Skinwalkers, as they referred to them, which were openly spoken of for thousands of years.

The Hopi, Zuni, Sioux, Comanche, Montauk and Mohicans knew all about this and some who are still alive still do! Those who are Aryan in origin have a genetic defect that is referred to as a Protein Base defect in their DNA. This allows for Draconian Reptilians to infiltrate their bodies, like a walk-in or demonic possession and to mutate their DNA for shapeshifting purposes. Hence the 13 Illuminati Families and Committee of 300 were born.

The Draconian Reptilian Blue Bloods are 50% Human DNA and 50% Reptilian DNA and are totally RH Negative in their bloodtype. Now, onto the other main reason for the chemtrailing. I've said before that the chemtrails are genotype. They are deliberately going to kill over 140 million in America by 2016. All those deemed as 'useless eaters', 'benefit queens' and homeless people, tramps, the mentally ill and ethnic minorities such as the Brown Mexicans, Hispanics and Latinos, plus alot of Black Americans will be completely eliminated.

No guns or knives are needed to kill anyone. This is why the Illuminati refer to chemtrailing as mosquito spraying. They hate all humans and only want to preserve the higher elements of the White or Aryan Race because of this Protein Base defect that allows them to easily control large populaces. Now chemtrailing is deemed to be something happening in English-speaking countries.

This is correct, because in Britain you have the Anglo-Saxon Aryans, you have alot of Anglo-Saxon or German Americans and the same goes for Canada, Alaska, Australia, New Zealand and English-speaking areas in Europe, such as in Spain, Germany, France and the Netherlands. Through disease-laced vaccinations, immuninisations, innoculations and influenza injections, plus genetically modified foodstuffs and powerful chemical sterilants in water supplies and pharmaceuticals given to hundreds of millions of people in the Third World and in North America, it is clear to see how these Nazi Illuminati Bastards will achieve their Satanic goal.

Remember to puke the next time you see the White Pufter Poodle Tony Blair talking about 'democracy in Iraq' on television. Well i've finished now. I hope this information leaves you with food-fo-thought. Remember this last statement. Genetically Modified, (GM) food is their to genetically modify you and the same goes for chemtrails. The question is, what are you going to do about it?

Last edited by Tecen Yusef on Tue
The article is reproduced in accordance with Section 107 of title 17 of the Copyright Law of the United States relating to fair-use and is for the purposes of criticism, comment, news reporting, teaching, scholarship, and research.
Posted by Vatic Master at 1:30 AM