Vatic Note:  Well, we knew this was coming.  The 1966 Iron Mountain report recommended this if the "ecodisaster" they recommended, did not work toward globalizing. Neither the Gulf blow out or the bogus false flag Fukishima was able to get the American people into a mental mind set that was necessary to accept globalizing as a solution to problems the Zionists created.

They felt certain this below, would work.  Don 't forget, those doing all this first suggested deceiving and lying to us in the 1897 protocols, about both an ecodisaster and the invasion of aliens.  Bill Cooper spent the end of his life exposing all this to us.

I believe that is why they felt he had to die. Ironically, his death and exposure are the two things that made sure we never believed the evil ones when they tried to blame everything on American patriots and Constituionalist Christians.

They’re About To Fake An Alien Invasion – After 100 Years of Planning
http://beforeitsnews.com/alternative/2014/01/theyre-about-to-fake-an-alien-invasion-after-100-years-of-planning-2865786.html
by Pete Santilli , Before Its News, January 5, 2014 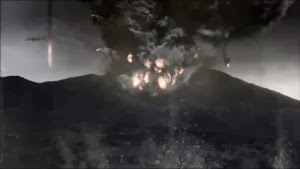 Since Paul Krugman’s public disclosure of what the Communists are getting ready to do, there have been many disturbing trends and reports lately which should cause alarm.

Be discerning.  Be critical.  Be suspicious.  Never submit to their designed scheme of causing such great fear that we will all run to their FEMA camps for food; water; shelter and security.

The end game for the elite is to ripple horror and fear through the populous so that we’ll see no other alternative than to submit to the all-powerful; all-knowing and secure New World Order.

The only economy which can flourish under their regime is a fabricated one. Their methods of governance is not condusive to a free market economy.  They depend upon our surrender of independence, and our reliance on their communist system.

Promote “one-ness” and globalism, but what they are in fact offering the world population is total enslavement through fear.  An enslavement by which we will voluntarily beg for in order to satisfy our desire for security and safety from the evil circumstances they fabricate.

Look up the term “higelian dialectic”.  It’s a method by which the elite create a massive problem, create the desired affect & reaction of fear, horror and desparation, and they postion themselve on the other side of the problem/recovery to offer us a solution.  Here’s a great example:


They sit down and say, “how can we get the entire population to come running to us begging to save them from economic destruction? “

Let’s create a scenario whereby we crush the mortage industry and banking industry — let’s pop the unsustainable bubble.  Then, let’s paint a picture of global collapse which can only be resolved by having Congress vote to give us 100′s of billions of dollars in bailout money.

The public will accept the resolution in fear of a collapse of their prosperity, and threat of  martial law.  Althoug we create the entire “financial crisis”, they will throw billions at us to save them.  We will pretend we are the government which will take care of them, and they will have no other alternative than to voluntarily continue to make us richer. The communist regime believes in this dialectic as a catalyst for rejuvenating the economy.   In 2011, Krugman went on CNN to suggest a fake alien invasion:
Now, let’s roll the tape fast forward to 2014.

Susan Duclos of BeforeItsNews.com published a report titled CIA “Bombshell! Satan, Demons & Fallen Angel Alien Invasion”   Read her article and watch the video attached.  You will realize what they are getting ready to stage and, in fact, the plan is in full swing.

It’s a very disturbing trend that we all need to recognize and become very aware of.  Don’t let them win you over with fear.

For those of you who don’t believe that our leaders would ever do such a thing, take a peak into the past:

War of the Worlds - The plan to create an artificial extraterrestrial threat to the Earth was first mentioned by the Marxist, John Dewey.


“Some one remarked that the best way to unite all the nations on this globe would be an attack from some other planet. In the face of such an alien enemy, people would respond with a sense of their unity of interest and purpose.” John Dewey, New York 1917.


“In our obsession with antagonisms of the moment, we often forget how much unites all the members of humanity. Perhaps we need some outside, universal threat to make us realize this common bond. I occasionally think how quickly our differences would vanish if we were facing an alien threat from outside this world.” – President Ronald Reagan, in a speech made to the 42nd General Assembly of the United Nations, Sept. 21, 1987

OK, now perhaps I can tell you this. Please don't write me off as a "fear-mongerer" as what I shall tell you ties in with your timely warning of they're about to do TO us. Please google image the words motorola tattoo. You see it? That is what they plan on chipping us with. It is NOT the RFID chip!!! It will be an ELECTRONIC TATTOO, painless and visible. Listen to me, please.
IT WILL CHANGE YOUR DNA
I know it sounds bizarre, but it is true. I know that you will want links, and I am sorry that I don't have them to give, b/c when I was reading the information, I was shocked into silence. I didn't write them down. But it makes sense. These electronic tattoos will change your DNA, thus it is why God warns us that those who do accept this will not be redeemed....BECAUSE WE ARE NO LONGER HUMAN, RATHER SOMETHING OTHER THAN.... which of course, ties in with your warning about an "alien " invasion, thank you so much for this warning, it all makes horrible sense.

Anonymous #1, I promise you I have not written you off at all. in fact, you have just sent me down a huge rabbithole that is producing info even beyond what you were saying, which I believe, since I am on the path of the DNA changes they want to make. In fact, sunday at 2 am you will see an article and my extensive vatic note on "Transhumanism" that is being planned for us and sold as a benefit to humanity, that will no longer exist.

Michael Tsarion told us this in his great series called "THE ORIGINS OF EVIL". A foundational piece he did after 30 years of research upon which this info can rest. He put it all together before it was ever conceived by the evil ones. Why do you think they are no further along than they are in trying to take us over? They have been at this at least 12 years since 9-11 and this is all the further they have gotten.

Everything they are doing, they are reduced to technology because that is the ONLY THING THEY CAN CONTROL. They cannot control anything organic and living. They control nothing with spirit, soul or creativity.... originality in thinking, etc. That is why they are attacking our school system, our DNA, our creativity, independance, originality etc etc etc. POOR BABIES, THEY HAVE BEEN SUCH LOSERS FOR CENTURIES..... and will be again, as is already evident.

I know I am not the only one who has noticed the similarity between the U.N. flag and the flag of Star Trek's Federation of Planets. It's interesting how hollywood puts things right in your face, it's been there all along. It's also interesting that the Rand Corporation was involved with the original show. If you are a fan of the original show and you know a little of the back stories you can find on any fan site, it pretty much spells it out what they plan and expect. It's amazing a lot of people have caught on to some things that are revealed in movies and t.v. but it's not new for instance many people call Monsanto( jokingly though it's not funny) Thorn Industries, I'll let you movie buffs figure that one out. As spock would say, this whole thing is, fascinating.