Crisis Actors In﻿ Egypt – Same As Sandy Hook And Boston ?

*** - fundraising - Well, we want to thank the reader/donor for the funds that reduced our balance for the deficit to $325.00 and we still have 9 days to go, so if you benefit in anyway from our work, AND can afford it, please Donate off to the right of the blog at the pay pal button. As I said this fundraising is getting harder and harder to do, due to the harassment by the powers that be.

I believe we have the best readers in the world, as they are very much supportive of this blog both in donations and in contributions on subject matter and pointing out rabbit holes that we can go down. For that, we are eternally grateful and wish you many blessings and joys in your life.  We "WILL" prevail.

Vatic Note:  As you read this, keep in mind who financed, trained and supported these two nationally recognized terrorist countries (Israel and USA), in every ME action.  But what takes the cake is even in the ME, its all a movie production.   Good catch by this guy.  The beginning of the video is very slow and its confusing, but it becomes very clear after a few minutes into it.  None of those guys laying around either wounded or dead are hurt in anyway.  Boston bombing anyone?   Un real.

Why do we put up with this garbage.  No wonder Israel is a failed state, she is too busy playing games, rather than engaging in serious state business with her neighbors.  We need to get as far away from the ME and Israel, as possible.  Let her play her games with those who won't tolerate it, and see how long she lasts.  That is a good measurement of her effectiveness.  Besides, I am tired of her killing thousands of Americans while she is chasing a mafia type dream and using games playing with our lives. We have serious busness to conduct repairing all the damage Israel has done to us.  We need to quit acting like her and their incompetent leaders.

Crisis Actors In﻿ Egypt – Same As Sandy Hook And Boston ?
http://beforeitsnews.com/blogging-citizen-journalism/2013/08/crisis-actors-in%EF%BB%BF-egypt-same-as-sandy-hook-and-boston-2448650.html
by Kiwi Kimmi,  Before its news. Army helicopters hovered low over supporters of Morsi’s Brotherhood in Ramses Square, the theatre of much of today’s bloodshed in Cairo, black smoke billowing from at least one huge blaze which lit up the night sky after sundown.

A Reuters witness saw the bodies of 27 people, apparently hit by gunfire and birdshot, wrapped in white sheets in a mosque. A Reuters photographer said security forces opened fire from numerous directions when a police station was attacked.

Representative democracies and autocratic dictatorships respond to profound internal crises in very distinctive ways: the former attempts to reason with citizens, explaining the causes, consequences and alternatives; dictatorships attempt to terrorize, intimidate and distract the public by evoking bogus external threats, to perpetuate and justify rule by police state methods and avoid facing up to the self-inflicted crises.

Such a bogus fabrication is evident in the Obama regime’s current announcements of an imminent global “terrorist threat” in the face of multiple crises, policy failures and defeats throughout the Middle East, North Africa and Southwest Asia. The Association of Arab-American University Graduates finds it compelling to inaugurate its new publication series, Special Documents, with Oded Yinon’s article which appeared in Kivunim (Directions), the journal of the Department of Information of the World Zionist Organization.

Oded Yinon is an Israeli journalist and was formerly attached to the Foreign Ministry of Israel. To our knowledge, this document is the most explicit, detailed and unambiguous statement to date of the Zionist strategy in the Middle East.

Furthermore, it stands as an accurate representation of the “vision” for the entire Middle East of the presently ruling Zionist regime of Begin, Sharon and Eitan. Its importance, hence, lies not in its historical value but in the nightmare
which it presents 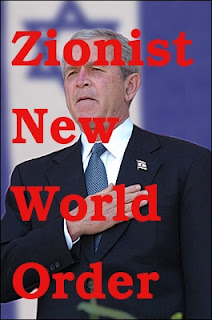 The plan operates on two essential premises. To survive, Israel must

1) become an imperial regional power, and

2) must effect the division of the whole area into small states by the dissolution of all existing Arab states.

Small here will depend on the ethnic or sectarian composition of each state. Consequently, the Zionist hope is that sectarian-based states become Israel’s satellites and, ironically, its source of moral legitimation.