***Fundraising I am beginning to believe that fund raising is harder than doing the blog.  LOL  Our balance for deficit is still at $375, so please seriously considered donating to our cause of continued work on truth seeking.

We still have a serious way to go before the first, so if you benefit in anyway from our labor of love, then please use the pay pal button off to the right side of the blog and donate what you can to our continuation in providing information and truth as we find it.

To avoid putting up distracting ads, we have appealed to you, our readers,  to help us make it through til we can find another way to meet these deficits. Bless you all for your support and various contributions, both financial and information/rabbitholes. This battle is not over til the Fat Lady sings.; We want to thank all those who have contributed so far to this point. God bless and keep you safe. We make a great team.

Vatic Note:   This author is being nice.  The Mossad and CIA, both of whom work for the globalists MI6, have funded and trained and supported every single rebel group of the arab spring rebellions.   Add to that, that most of the leaders of the subject countries suffering under this CIA/Mossad financed rebellions are also in on the deal, just like all world wars to date and WW III being planned.

THEY NEED THE REBELLION in order to even do WW III and the reason is to weaken the nation so we will lose that war as they need us to do.   Its EXACTLY  what the Zionists did in Russia, WW I, and Germany WW II, and now the United STates, WW III.  In the future it will be the same for China, and Russia again since they are doing very well in a capitalist economy.

We did several blogs proving that the USA is the designated losers of WW III.  Then when we lose, they can rely on the winners army/military to control the population and keep the globalists secure and safe.   Its what we did for them in WW II. Our people here, now know who and what the agenda is, so its going to be a lot harder than it was for them in WW II, they did an excellent job of slandering and maligning Hitler, when in reality it was the international Zionist bankers behind the curtain managing all the plays.

We know that the US and Israel were in cahoots with bin Laden.  We also know that Israel created and financed the Hamas to counter the PLO and ARafat.  Now we also know that the Saudi khazars created the Wahabbi Islamists, so it appears the real enemies are Israeli, Saudi Arabia, our CIA.  They were all in on this together.    Those that knew this and tried to get it out were assassinated. 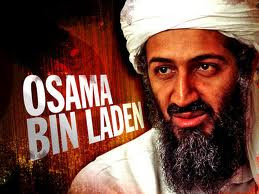 Stunning Contradictions in the
"Anti-Terror" Policies of Israel
and the U.S.

The US battles "Islamists" in Afghanistan while arming and funding them in Syria. They are pawns in the Illuminati's Great Game

Few Christians in the West are aware that the vast majority of Palestinian Christians have been driven from their ancient homeland by the State of Israel.

According to Mahmood Mamdani in Good Muslim, Bad Muslim: America, the Cold War and the Roots of Terror [New York: Doubleday, 2005], p 121: "Israeli intelligence allowed Hamas to operate unhindered during the first intifada--letting it open a university and bank accounts and even possibly helping it with funding...."

And Richard Labévière, in Dollars for Terror: The United States and Islam [New York: Algora, 2000] pp. 204-205,  asserts that "Shin Beth (domestic security and counter-espionage) has been developing a plan since the 1970's to support the emergence of Islamist organizations likely to compete with, if not weaken and divide, the Palestine Liberation Organization (PLO).  (VN: I bet that is why Netanyahu said that 9-11, that they had done, was good for Israel.  What arrogance!)

Shin Beth finances the Palestinian branch of the Muslim Brothers, to counter the development of Palestinian resistance inside Israel...." And General Segev, Military Governor of Gaza (1973) is quoted as saying "we extend some financial aid to Islamic groups via mosques and religious schools in order to help create a force that would stand against the leftist forces that support the PLO." [Quoted in Graham Usher, "The Rise of Political Islam in the Occupied Territories, Middle East International, no. 453, June 25, 1993, p. 19] 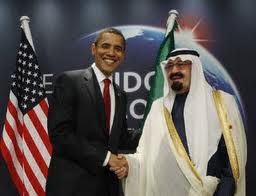 Perhaps the most glaring contradiction in contemporary American foreign policy is the fact that the major ally of the United States in the Arab world, Saudi Arabia, is also the heartland of the Wahhabi movement, dedicated to the most literalistic, Draconian and militant interpretation of the Islamic shari'ah, a movement which is one of the direct ancestors of a number of Islamic terrorist organizations, including the Taliban and al-Qaeda. (VN: Actually Al Qaeda is a CIA creation and has continued to work for them as a controlled opposition.  Further, it was the Saudi's who are NOT ARAB, rather khazars, posing as Arabs, just as these khazars in Israel are POSING AS JEWS. But they are not.  The saudi's created and financed the Wahhabi so called movement by pretending they are arabs. )

Yet U.S. support of Saudi Arabia, like its support of Israel, which has publicly presented itself as the enemy of the Wahhabis and other Islamic extremists, is axiomatic to the policy and worldview of the U.S. State Department.

And now that we have been witness to a jihadist insurgency in Afghanistan trained and supplied by the CIA, a revolution in Libya where Khadafi's forces were bombed by NATO jets while CIA forces were active on the ground, and a civil war in Syria where a large percentage of the arms funneled to the rebels by the west have ended up in the hands of Islamist insurgents, and where Israel has actually supported the cause of the Islamists by bombing Assad's forces.

Such assertions as the statement in January of 2013 by U.S. Senator Rand Paul, a member of the Senate Foreign Relations Committee, that Osama bin Laden was funded by the CIA--a statement dismissed by his critics as an "urban myth" ... become increasingly easy to accept.

In "The Algebra of Infinite Justice," The Guardian (London), Sept. 27, 2001, Arundhati Roy wrote: "Bin Laden has the distinction of being created by the CIA and wanted by the FBI." [quoted in Good Muslim, Bad Muslim, p. 234] (VN: What is interesting in this little game they are playing, is that the FBI's most wanted list on Bin Laden DID NOT INCLUDE 9-11, but Dual Israeli citizen Chertoff wrote into the Patriot Act, "immunity for anything Israel may have done on 9 -11".  Hows that for "obvious"?)

And whether or not bin Laden was actually trained, like his mentor Sheikh Abdullah Azzam, as an insurgent under CIA auspices, Mamdani (Good Muslim, Bad Muslim) convincingly recounts how he was hired as a contractor to help build the CIA-funded Khost complex in 1986, an underground base for the Afghan mujahidin, the famous Tora Bora Caves where the U.S. military later fought remnants of al-Qaeda.

Mamdani [p. 132], says that "Bin Laden was recruited, with US approval at the highest level, by Prince Turki al-Faisal, left, then head of Saudi intelligence" and according to Labévière [p. 387], "Osama bin Laden was trained by the CIA and Prince Turki's agencies", but all Steve Coll was able to turn up in his Pulitzer Prize-winning Ghost Wars [New York: Penguin Books, 2005] was that Turki had close ties with the CIA and that bin Laden met with him on several occasions. (VN: Actually Bin Laden met with Bush in Texas , under the name "Tim Osmond".  And the CIA station chief met with Bin Laden when he was in the Amercan hospital undergoing kidney dialysis and that was in July 2001.  French reporters confirmed that with hospital staff and it was published world wide by the two french reporters, and no body sued them, so its true.)

John K. Cooley, however, in Unholy Wars: Afghanistan, American and International Terrorism [London: Pluto Press, 1999], states that bin Laden's activities in Afghanistan took place "with the full approval of the Saudi regime and the CIA" [p. 119] and explains that "Delighted by his impeccable Saudi credentials, the CIA gave Usama free reign in Afghanistan, as did Pakistan's intelligence generals." [p. 222]
-----

Charles Upton, 64, is a poet, social critic, peace activist, and lifelong student of traditional metaphysics and comparative religion. His books on these subjects, published by Sophia Perennis, are available through Amazon.com. He is presently involved with Dr. John Henry Morrow, author of The Covenants of the Prophet Muhammad with the Christians of the World, on the Covenants Initiative, calling upon Muslims to come out in defense of the Christian communities of the Middle East now under attack by Islamicist extremists. He may be reached at cupton@qx.net .

[Makow Comment- And we're supposed to believe Bin Laden was behind 9-11. Oh and they killed him but forgot to snap a pic of his body.] - See more at: http://henrymakow.com/#sthash.NXCj12eu.dpuf
The article is reproduced in accordance with Section 107 of title 17 of the Copyright Law of the United States relating to fair-use and is for the purposes of criticism, comment, news reporting, teaching, scholarship, and research.
Posted by Vatic Master at 1:30 AM