Vatic Note:  Another traitor raises his ugly head.   It is treason to abrogate rights protected by the Constitution of the United States and to do so at the orders of a foreign nation, to make it easier for them to take us over.   That is pure unadulterated Treason and there is no excuse for it.  None whatso ever and I keep saying we should have charged Johnson with treason when he cooperated in the USS Liberty scam.

When we did nothing about it, that told this same foreign country that did the USS Liberty, that they could do it again without accountability.  WRONG...... VERY WRONG.... the people will now hold you accountable along with all your treasonous minions.   Now we know why the traitors in office at the time, created a Homeland security created the exact same way that Nazi Germany created the Storm troopers and the gestapo.  Same bankers were ruling in both cases.  Time to bring them down, once and for all and forever.

These are the same zionists that tried to genocide the German civilans after world war II, by killing off and raping the German peoples children.   Just look at what we have to look forward to.  Someone in power better stop these guys and do it soon before we have to do it and then it will be too late for those who will not do it now, since they will be included in the round up.


VA Sends Veterans’ Medical Info To FBI To Get Their Guns Taken Away
http://dailycaller.com/2015/04/21/va-sends-veterans-medical-info-to-fbi-to-get-their-guns-taken-away/
By Patrick Howley,  The Daily Caller,  April 21, 2015 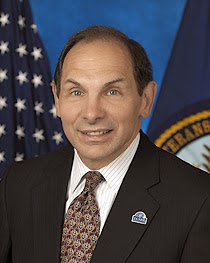 Documents obtained by The Daily Caller and interviews with American veterans reveal a shocking government program: The Department of Veterans Affairs is disarming America’s veterans by getting them placed on the FBI’s criminal background-check list.

The VA sends veterans’ personal medical and financial information directly to the FBI and the Bureau of Alcohol, Tobacco and Firearms, which can seize their guns in home raids.

Veterans deemed mentally incompetent or financially incapable are finally speaking out about the errors in the system and the fearful harassment they and their families face from the federal government. And it all starts when vets go to the VA to get medical help.

Here’s what we know:

The Daily Caller obtained a “MEMORANDUM OF UNDERSTANDING BETWEEN THE UNITED STATES DEPARTMENT OF VETERANS AFFAIRS AND THE FEDERAL BUREAU OF INVESTIGATION REGARDING THE NATIONAL INSTANT CRIMINAL BACKGROUND CHECK SYSTEM.”

The document, dated Feb. 27, 2012, makes clear the VA must send health information to the FBI for its gun background-check database.

“VA will provide an encrypted compact disc exchanged via mail to the FBI no less than quarterly for, inter alia, inclusion in the National Instant Criminal Background Check System (NICS),” the memo reads.

The memo defines the NICS database as a list of “persons prohibited under federal law from receiving or possessing firearms.”

ADVERTISEMENT
Tags: Department of Veterans Affairs, Federal Bureau of Investigation
The article is reproduced in accordance with Section 107 of title 17 of the Copyright Law of the United States relating to fair-use and is for the purposes of criticism, comment, news reporting, teaching, scholarship, and research.
Posted by Vatic Master at 1:30 AM

Reference vets "ownership" of guns, there is more than one way to "swing a cat". I suspect that all "rooles" can be countered.