Vatic Note:  In trying to see the positive side of our situation,  I saw this as at least the one crime these corporations cannot commit is murder.  They get away with every other crime they have committed in this country, which includes Fraud, theft,  market manipulations,  insider trading,  assassinations, but, we are safe physically in the work place and no where else, from anything else.

What a sad state of affairs, and another good thing I saw today was a person who is still and active sheep, but everyone else in the shop was wide awake and laughing at the sheep man who thought everything was just fine and the government is trustworthy.   After everyone stopped laughing, he tried to turn it around onto those who are awake now, and it did not work.  I found that the best news yet.

Oh, and just so you know,  Bumble Bee tuna is owned now by a Thailand company whose biggest client is Walmart, now that should raise some eyebrows, and is a company that has been found to include dolphins in their tuna catches that they continue to process as Tuna.  That is against the law to do, but they do it anyway.

So, I guess we should be grateful that they did not put that poor man in as part of the tuna offerings, like they do with Dolphins,  to sell to the American public.  Sorry, I just had to show the extremes globalists will go to, to make a buck. 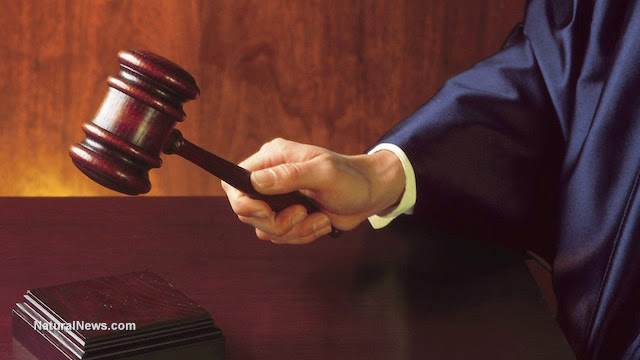 (NaturalNews) Bumble Bee Foods of San Diego and two of its managers were officially charged on April 27 in the gruesome death of Jose Melena, an employee who was trapped inside an industrial oven. The tragedy occurred back in October 2012 at the tuna plant in Santa Fe Springs, California. According to the report issued by the Division of Occupational Safety and Health (OSHA), the sequence of events during the tragic accident was as follows:

Melena was responsible for loading the 54-inch by 36-foot ovens with 12 rolling metal baskets full of tuna cans. The ovens are used to sterilize aluminum cans and to process the tuna in the cans.

At the start of his 4 a.m. shift on Oct. 11, 2012, Melena was ordered by his supervisor to load one particular oven. Sometime before 5 a.m., according to the report, Melena entered the oven to make a repair or to adjust a chain inside the machine, leaving the pallet jack he was using outside the oven.

At that time, a second employee noticed the unused pallet jacket. Assuming Melena was in the bathroom, the second employee took the machine and loaded the oven with the baskets.

"Around the same time, the supervisor questioned why the employee was using the pallet jack and began asking employees if they had seen" Melena, the report said.

The report states an announcement was made on the intercom. Workers also began looking for Melena. They discovered that his vehicle was still in the parking lot. After searching for nearly an hour and a half, the boiler operator suggested that they open the last oven that was loaded.

The workers waited about 30 minutes for the oven to cool down before they could open it. Melena's body was eventually found at the exit side of the oven. Firefighters pronounced him dead at the scene.

The Bumble Bee Foods employees, Saul Florez and Angel Rodriguez, have been charged with three counts of occupational safety and health violation that caused a death, which is a felony. If found guilty, Florez and Rodriguez could be sentenced to a maximum of three years in prison and Bumble Bee Foods could have to pay up to $1.5 million in fines. The case is scheduled to continue in court on May 27, 2015.

Jose Melena of Wilmington was a father of six and had worked for Bumble Bee for six years prior to the accident. His daughter, Sarah Melena, told reporters that the charges are a relief. "Hopefully, I mean, they do fix all these things and not make another family go through something so horrible."

As a tree that Jose Melena planted just before his death continues to grow, his daughter said she hopes that the family can heal one day. "When that door was shut and he saw that, all the thoughts that went through his mind ... is just devastating," she said.

The case is being handled by the Los Angeles County District Attorney's office. District Attorney Jackie Lacey discussed the goal to improve the prosecution side of workplace safety violations: "We take worker safety very seriously. Although the Bumble Bee investigation began in 2012, this case represents our commitment to protecting workers from illegal - and, potentially, deadly - on-the-job practices."

Bumble Bee Foods received citations for not evaluating and identifying the ten ovens in the production area as "hazardous and permit-required spaces." The company was also cited for not implementing a protocol regarding safety precautions while working inside the large ovens as mandated by law. It was also cited for failing to post "danger" signs to inform workers in those areas of the potential hazards.

Bumble Bee's released statement says: "We will be reviewing the citations with Cal/OSHA representatives in the coming weeks to resolve any disagreements regarding the citations." It added: "Safety is a top priority; we are cooperating fully with authorities, including Cal/OSHA, and have reviewed all safety procedures with plant employees and stressed the importance of following procedures to maximize employee safety."

http://laist.com
Learn more: http://www.naturalnews.com/049563_OSHA_Bumble_Bee_workplace_safety.html#ixzz3ZurLtnCz
The article is reproduced in accordance with Section 107 of title 17 of the Copyright Law of the United States relating to fair-use and is for the purposes of criticism, comment, news reporting, teaching, scholarship, and research.
Posted by Vatic Master at 1:30 AM