A Precedent for America and Europe? The lawsuit of Haiti cholera victims against U.N .

*** Fundraising - Our balance currently is at $150 that we need by the first to meet our deficit for the month.  If you feel you can afford it and you benefit in some way by our work, then please donate off to the right of this blog at the pay pal button.  Thank you all so much for your continued support in our efforts to educate and update during this time of crisis in our nation and around the globe.   STay strong and have courage.... we will prevail.

Vatic Note: Now, I have to say this is one of the best articles I have read on this subject of planned biological warfare using engineered viruses, and is well worth the read.  There is confirmed evidence that this ebola has been patented with the patent office, by the CDC and that means damages can be obtained through proof of control of the virus and distribution and manufacturing of it, obviously to be used AS RECOMMENDED IN THE 1966 IRON MOUNTAIN REPORT ABOUT HOW TO GLOBALIZE.

They recommended a natural disaster, eco disaster and/or alien invasion as the options for getting people to willingly globalize and give up their sovereignty to a central global government.  WRONG!  Won't ever happen.  But if they try, then we have definite recourse that has been upheld for the Haiti fiasco. It would be worth suing them to get this evidence before a court of law with record keeping capability and then can be used to keep the powers that be from changing history to suit their agenda. 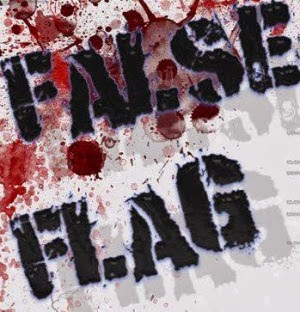 A Liberian scientist has said that Liberia should consider taking legal action over the manufactured Ebola crisis, making the lawsuit filed in the USA against the UN by victims of a cholera epidemic in Haiti of interest.
http://www.miamiherald.com/2014/03/11/3988768/some-haiti-cholera-victims-file.html

West African countries have more legal options than the Haiti victims because of the involvement in the Ebola crisis not just of the UN but also of the US Department of Defense and other entities such as media companies, MSF, universities and foundations including the Wellcome Trust, The Bill and Melinda Gates Foundation and the Soros Foundation. The two latter ones funded a significant proportion of the key scientific personnel working in the controversial Kenema lab, among other things.

The UK, French and Canadian governments are also involved as Dr  Cyril Broderick points out in his piece in Liberia’s Daily Observer.
http://www.liberianobserver.com/security/ebola-aids-manufactured-western-pharmaceuticals-us-dod

Charges could include conspiracy to conduct biological war crimes; biological war crimes (bioengineering an Ebola virus and putting it in circulation by vaccines administer to people without their knowledge and consent): conducting unlawful biological experiments: manslaughter of doctors and nurses by WHO’s and the CDC’s failure to adhere to scientific evidence and good practice guidelines in their recommendations on protective equipment as well as conspiring to starve, and even kill, 1.3 million people placed under quarantine under false pretenses without adequate provisions for food and water.


In the case that police obtain scientific evidence that members of WHO, the CDC or NGOs are giving Ebola to people or conspiring to do so by false Ebola diagnostic tests, they should arrest them and place them in custody until they can be put on trial in local courts.


A class action on behalf of Liberias 4.2 million people should include the economic damage caused by the Ebola outbreak, including the loss of future investments.


If each Liberia claimed just 10,000 dollars in compensation that would be forty two billion dollars which the US, UK and the various foundations could easily afforded.  If ten thousand or so Liberians who have been especially affected and who have lost relatives or livelihoods through Ebola claim ten million each, that might amount to another 100 billion dollars.

However, the lawsuit would not just be about money. It would offer protection against the current and future Ebola outbreaks.