Vatic Note:   Because its critical to understand the "who" of our global problem, Vatic project has posted numerous blogs on the khazars, their role in taking over Judaism and became the majority of those who call  themselves "Jews" and who stated clearly in the protocols, that they intended to use the Jews as a front for their actions, making anti-semites, their best friends.  Why?  So that the real Jews would be scared into migrating to Israel.

So far, Israel is populated by the Ashkenazi, Khazar, Non-semitic converted Jews who did not really convert, they are cabbalists satanists.   They believe and follow Lucifer and we have proven that on here as well.   We have permanently posted the protocols on o ur blog off to the right of the main articles.  PLEASE, read them so these articles will make sense to you.

Back in 1991, Bush Sr, signed a resolution, taking the US legal system off of the
real Torah Jews "10 commandments" and place it on the "Khazar pretend Jews "NOAHIDE LAWS" which clearly states that 'believing in Christianity is a crime and punishable by "DECAPITATION".

That was how I knew that those beheading Christians in Syria were not semites, or arabs/muslims, rather they were the Askenazi Khazars of Europe, calling themselves Jews and were not,but really,  Satanists.  It would be wise and important to your understanding of this issue,  to go back and reread those blogs on the khazars and Cabbalism and satanism.

The owner of this website, Henry Makow, is a real Semitic Jewish person and has posted many blogs about this issue to try and educate us all to the truth and the massive level of deception these khazars use to achieve their agenda. To prove it all, we also posted articles that showed how real Jews have had to seek asylum from the Khazars by running to London and New York for safety.

The "REAL SEMITIC JEWS" are hated by the Zionist Khazars as much as Christians and Muslims are.   The real semitic (Arab Jews of the Bible) especially the Palestinians, have suffered heavily under the psychopathic khazars more so than any peoples in the history of the planet.

E. Michael Jones, below, is the foremost thinker of our time.

"We have internalized the commands of our oppressors. We need to liberate ourselves from the Jewish super ego." E. Michael Jones

The documentary "A Goy Guide to World History" Parts 4 & 5 confirm that Organized Jewry has shredded the social fabric in the West and "social change" actually describes satanic possession .

I will not mince words. Judaism defined by Talmud and Cabala is Satanism. It is not a religion. It is anti religion. Mankind has been inducted into this satanic cult by both Jews and Freemasons. 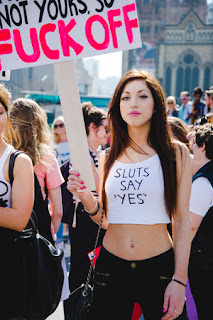 We live in a profoundly subverted society. Cabalist bankers and their Masonic minions control the mass media, government, education, churches corporations, legal system and military. We have de facto Communism. Homosexuality is promoted to school children. Criticism of Israel is criminalized. Young women are taught to behave like sluts. Mention of God is prohibited. Entertainment is satanic ritual.

Masonic bankers dehumanize us by undermining our social identity based on race, religion, national and family. Lately, this is evidenced by the migrant invasion (national identity) and the attack on gender (family.) Using sex and sports, they infantilize us -- better to serve the Illuminati. The "democratic" process is a charade reminiscent of a high school student council. Political and cultural leaders are second-raters, imposters who will do or say anything for a place at the trough.

From time immemorial, the Cabalist Jewish goal has been to dehumanize and enslave mankind. Only Jews are human. The goyim are animals. This is the real cause of anti Semitism. Jews have been deceived to think anti Semitism is "irrational" and "a mental disorder." Organized Jewry uses many ordinary Jews to achieve its malevolent goal. Anti Semitism is on the rise. Ordinary Jews will be made the scapegoats.

The goyim have been brainwashed to think it's "anti semitic" to resist their own genocide . I am an ethnic Jew who lost grandparents in the holocaust. As long as most Jews support and implement the Illuminati agenda, anti Semitism is a natural and necessary defence mechanism. Jews are not your friends. Nor are Freemasons, which is Cabalist Judaism for Gentiles.

Believe it or not, I find things to like in many Jews, including my own family. That's why it hurts to see the Jewish people hijacked by Satanists. I sound an alarm, "we have been deceived, and have become deceivers." Jews have been morally compromised and put in jeopardy by their leaders. I wish to alert them (and all people) to a dehumanizing occult power, i.e. Illuminati. In reality, I am a "pro-Semite and pro-human."

"A Goy Guide to World History" Part 4, describes how satanist Jews (Communists) have systematically attacked and dismantled the Christian social fabric. These Jews believe that this is necessary to prevent anti Semitism, which they believe it irrational and a mental illness.

In the 45 minute documentary, E. Michael Jones, editor of Culturewars, explains how Satanism inverts truth. Evil is good. False is true. Sick is healthy. Thus Jews (Organized Jewry) who hate Gentiles are the "persecuted victims" while Gentiles who defend themselves are "haters" and mentally ill. Homosexuality is healthy while the nuclear family is sick.

Jones, the author of a dozen books, explains that Western Civilization is built on the belief in Logos, i.e. the Moral Order, God.

Logos uses Ethos (Will) to restrain and guide Pathos (Passions.) Satanist Jews interpret any restraint on lust as Christian. In fact, Jones explains that, as the terms imply, Western Civilization is based on this Greek principle.

Take away Logos and Ethos, and Pathos runs amuck. You have Satanism i.e. Cabalist judaism. "Do as thou wilt shall be the whole of the law." This is the Jewish Revolutionary Spirit which Jones believes will destroy society.

Kevin MacDonald explains how Jews used psychoanalysis and anthropology to attack family and race respectively. Jews fear any kind of collective power on the part of the goyim. ("We will destroy all collective forces except our own," says the Protocols of Zion 16.) 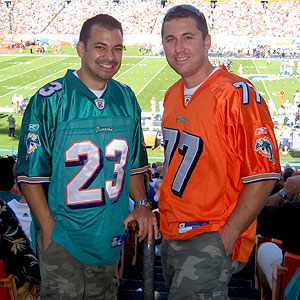 Even though Masonic Jews are largely responsible for imperialism, "White guilt" is used to attack the concept of nation. According to Kevin MacDonald, Jews believe Whites have no moral legitimacy. "Europeans have no moral right to any sovereignty anywhere," he says. This is increasingly apparent in Europe today.

[In Part V, Jones takes issue with MacDonald saying religion, specifically Catholicism, is the best organizing principle in resisting the Jewish onslaught. "White? What is that?" Catholicism, he says, has most experience dealing with the Jews.]

Jones implies our fear of anti Semitism is another Jewish scam. "We have internalized the commands of our oppressors. We need to liberate ourselves from the Jewish super ego. We cannot pretend Jews are our friends."

He says the inevitable result of sexual liberation and the destruction of the family is extinction. People will not have children. This affects Jews as well as Gentiles.

As satanic possession, Communism takes many forms. When it failed to mobilize the worker to revolt, it morphed into feminism and mobilized women. Communist Jews promoted sexual "liberation" and "LGT rights" to undermine gender, marriage and family. They promoted multiculturalism and mass migration to undermine race and culture. Satanist Jews always find a fissure to pack a stick of dynamite. Blow up Syria and inundate Europe for example. Civilization must fail so their hegemony will succeed.

The Protocols of Zion (10) write: "We must utterly exhaust humanity with dissension, hatred, struggle, envy and even to use torture, starvation, the inoculation of disease and want, so that the goyim see no other course open to them but to take refuge in our complete sovereignty in money and in all else. But if we give the nations of the world a breathing spell the moment we long for is hardly likely ever to arrive."

The Protocols are being realized daily yet most still regard it as a "forgery." We must awaken from cognitive dissonance because we are headed over a precipice.


Related- Preparing for WW3
As far as the Pentagon is concerned, a military conflict with China and/or Russia is inevitable, and this prospect has become the driving force of its tactical and strategic planning. -

Good article about E. Michael Jones. But I must tell you, You words fall on deaf ears to the majority of Jews. I have passed numerous articles you have written to a conservative Jewish acquaintance of mine, concerned for the well -being of Jews that I consider to be good people. I have never been overbearing but simply tried to present another POV.

For instance, I told her about the Yinon plan, and about the Kalergi plan, the Havara agreement , the Federal Reserve..... without exception, EVERYTHING I have presented to this person is met with screams of anti- Semitism.

After the last email I sent, the person has told me never to send anything else and the friendship is over. It disgusts me. The conclusion that I have come to is that Jews in general are an arrogant lot whose primary identity stems from the sense of superiority and their perceived victimhood.

I hate to admit it but I am losing any and all sympathy for any who are innocent of all this wrongdoing because I am beginning to see them as being complicit by their refusal to see the obvious- that Jews control everything, and yet as things descend into chaos, Jews are not responsible. One can count on their fingers the Jews who have stood up and said anything - yourself, Gilad Atzmon, Paul Eisen, etc.

Everywhere else it is deafening silence. The fact is Jews have been involved with trying to overthrow every order they have ever been in proximity to. I just read the other day that in ancient Alexandria they had their Jews only groups but demanded that whoever was controlling Alexandria at the time ( Romans, Greeks I can't remember) let them into their groups and councils.

Nothing has changed. They demand exclusivity while demanding everyone else let go of theirs. The only difference now is that they have managed through Holocaust guilt and their control of the media to silence and any opposition to their perceived right to rule the world and destroy anyone who gets in the way. I find it repugnant.

I submit the following as an example of pure insanity. Words out of the " mouths of babes" - that Jews think the world is theirs . http://redicecreations.com/article.php?id=34666