A Page on Compassion & Empathy

Vatic Note:   Its important to know the true and deep definitions of Compassion and Empathy.   Since these khazars are psychopaths of the highest order, its important to know why THEY ARE SO DANGEROUS.  Empathy and Compassion is what keeps us living in a civilized society run by laws and ethics.   Without either compassion or empathy,  there would be no civilization.

Religious teachings provide us with both and have them built into their teachings and that is why both religions,  Muslim and Christianity are hated and why their members are targeted for mass extermination as these khazars did to Christians in 1917 when they murdered Christians in the millions and sent the church underground until the mid 1980's.

They would have done the same to the "REAL SEMITIC JEWS OF THE BIBLE, but they needed them as cover for their mass deception for running, owning and controlling Israel.  So instead, the leaders of Israel had the new khazar immigrants that migrated to Israel from Russia, beat them and take their property, which resulted in the real semitic Jews seeking asylum in both London and New York.

In 1991, just before leaving office, the khazar,  George Bush Sr, signed the khazar drafted and adopted "NOAHIDE LAWS" that makes Christianity illegal and decapitation the punishment for confessing to being a Christian.   Now tell me this isn't brutal and psychopathic????


A Page on Compassion & Empathy
http://thegardenofresistance.com/nvc/
By Admin,  The Garden of Resistance,

Creating understanding and empathy for ourselves and each other is a vital part of our collective success on this journey together as a human family.
I think the people in this video have some very helpful insights that can possibly encourage and support us while we are on this roller coaster called life 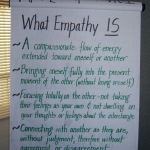 What is nvc? nvc stands for non-violent communication.


Here is a thorough explanation of nvc by a close friend:
“With non-violent communication, which is a communication style created by Marshall Rosenberg in the 1960’s, (and it’s been improving and honing ever since), we start from the premise that everybody is just trying to get their needs met… That no matter what they are saying, how they are saying it, the tone of voice they’re saying it in, what they’re doing, whether it’s frightening to us, appalling to us, they’re still just like us; a human being who’s trying to get their need met, and they’re doing it in the only way they know how at the time…

And so from that perspective, we believe that if we can really listen to one anothers needs rather than give advice, or reassure people, or try to calm them down, that if we actually just listen to what it is that they’re trying to get met by what they’re doing, or what they’re saying, then we’re much more likely to actually make a connection, a genuine connection with this person and they are much more likely to be able to hear us as well because to be heard is one of our greatest needs and its one that we get met probably the least often.

It’s just miraculous that when you just start listening to what it is people are needing, without correcting them, or giving them advice about how to do things differently, how they will just calm down and engage…

And so we try to listen in a certain way…  It’s a certain quality of listening which we call empathy and this is based on Carl Rogers definition of empathy back in the ‘50’s. He’s the man who brought the concept of empathy into the American Psychological literature… It’s to be fully present to the other person.

Not telling them what’s going on with us at the moment not , like I say, trying to calm them down or giving them advice or telling stories about ourselves, but just being fully present, listening to them, and offering feedback about what we’re hearing them say. Often I use their very words to offer them feedback so that they don’t have to process my words and decide if what I’m asking them is actually true for them, I just feedback empathically from a place of compassion.

There’s a four step process, and the idea of the four steps is to keep us in that place where we are in compassion and where we are feeding back empathically and what it is, is we start out by just making an observation, rather than what we usually do which is evaluate someone’s behavior, ‘You’re too this,’ or ‘You’re being selfish’, instead we just make an observation. ‘When I heard you say what you just said…’

And then we go to the next step, which is, we connect with what it is we’re feeling… Or what it is they’re feeling. ‘I’m wondering if you’re feeling frightened,’ or ‘It sounds like you’re feeling frightened.’ And then the third step is we go to the underlying need, because according to non-violent communication, our feelings stem from our needs. When our needs are being met, we feel happy, content, excited. When our needs are not being met we often feel angry, confused, frustrated.

So ok… ‘I’m feeling scared because I’m needing some safety.’ And then the fourth step is that we make a request of the other person to help us meet our need or from the other side, we ask the other person what it is they want from us that might help them meet their need. Marshall also suggested the same four steps for anger. He says that the minute you start feeling upset, like something’s going on that you’re not feeling happy about, stop.

And just make an observation to yourself:  (1st Step) ‘When that person just used that tone of voice or spoke really loudly like that… (2nd Step): ‘I felt…concern. (3rd Step): ‘My need is to be able heard by this person; I’m worried that as upset as they seem to be they won’t hear me.’ And so, you do the first three steps and already more than likely you have transformed that anger from just immediate reaction to the other person, where you might label or evaluate or try to calm them down to a place where you are now in touch with what matters to you.

And so when you go to the fourth step which is to make a request, you’re in a much better place to make that request of the other person from a compassionate place. This is because you’re no longer blaming them, you’re no longer probably as stimulated by what’s going on with them, but you’re in touch with what it is about you, what it is that you need, why you’re here, why you’re motivated to stay in communication with this person and you’re just coming from a completely different place.

So those are the three very basic things that I always like to share about non-violent communication so the idea of empathy, often sounds very easy and often turns out not to be very easy, especially if we are stimulated by what the other person is saying, so we do a lot of practicing of how to stay in empathy with people.”
As spoken by Suzanne Jones, transcribed by Kristie Elgersma 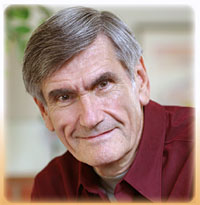 Parent: Are you feeling annoyed right now because you want to do your chores at your own pace rather than being forced to do them?
Child: Yeah, I’m sick and tired of being a slave. (Note the defensive mode, indicating a need to be listened to.)

Parent: So, you really want to do things when it feels good to do them, and you’re not just avoiding them altogether?
Child: You order me around! (The child still needs to be listened to. The parent must keep guessing what the child is saying about feelings and wants.)

Parent: So, it’s frustrating when I seem to be ordering you around and you have no choice about when to do your chores.
Child: I don’t want to do chores! They’re stupid. If you want them done, you do them.

Parent: You really hate doing chores and you would like me to do all of them?

Child: Yeah.. no.. I don’t know. I just don’t feel like being bossed around. (The child is becoming vulnerable and starting to open up because she’s feeling heard without judgment.)

If we have been Jackalish and demanding in the past, the people close to us may need a lot of empathy at first. So we listen and listen, reflecting back with guesses about what they are feeling and wanting, until they feel heard and shift out of being defensive. We don’t take anything personally, for we know that upset, attacking, defensive statements are tragic expressions of unmet needs. At some point, the person’s voice and body language will indicate that a shift has occurred.
At a meeting I attended at a mosque in a refugee camp near Jerusalem, a man suddenly stood up and cried, “Murderer!” As a Giraffe, all I heard was “Please!”-that is, I heard the pain, the need that wasn’t being met. That is where I focused my attention. After about 40 minutes of speaking, he did what most of us do when we sense we have been accurately heard and listened to: he changed. The situation was immediately defused of all tension.
In international disputes, as well as in relationship, business, classroom, and parent-child conflicts, we can learn to hear the human being behind the message, regardless of how the message is framed. We can learn to hear the other person’s unmet needs and requests. Ultimately, listening empathetically does not imply doing what the person wants; rather, it implies showing respectful acknowledgment of the individual’s inner world. As we do that, we move from the coercive language we have been taught to the language of the heart.
Speaking from the heart is a gesture of love, giving other people an opportunity to contribute to our well-being and to exercise generosity. Empathetically receiving what is going on in others is a reciprocal gesture. Giraffes experience love as openness and sensitivity, with no demands, criticism, or requirements to fulfill requests at either end of the dispute. And the outcome of any dialogue ruled by love is harmony.
In the end, Jackals are simply illiterate Giraffes. Once you’ve learned to hear the heart behind any message, you discover that there’s nothing to fear in anything another person says. With that discovery, you are well on your way to compassionate communication. This form of dialogue, although offering no guarantees of agreement between disputing parties, sets the stage for negotiation, compromise, and most importantly, mutual understanding and respect.
Dr. Marshall Rosenberg, founder of the international nonprofit Center for Nonviolent Communication, has taught these empowering skills for over 30 years to the general public as well as to parents, diplomats, police, peace activists, educators, and managers. Based in Switzerland, Dr. Rosenberg travels worldwide in response to communities that request his peacemaking services and skills. He has provided mediation and training in over two dozen countries, including war-torn Rwanda, Croatia, Palestine, Sierra Leone, and Ireland.
For more information:

Center for Nonviolent Communication
5600 San Fransico Rd. NE Suite A
Albuquerque, NM 87109
Tel: +1.505.244.4041 Fax: +1.505.247.0414
Office hours: 8:00am to 5:00pm (Mountain Time), Monday through Friday.
http.//www.cnvc.org
This article is reprinted from Autumn 1995 (Number 11) edition of Miracles Magazine. As described here, Giraffe language is shorthand for Nonviolent Communication and is not related to the Washington-state based group that honors people who stick their necks out.
Taken from http://www.nwcompass.org/compassionate_communication.html
Center for Non-violent Communication Links
The CNVC Website
Needs Inventory
Feelings Inventory
Foundations of NVC
NVC Concepts