The Controversial Story Of The Khazars - THE WORK OF MICHAEL BRADLEY

Vatic Note:  This author is of "Jewish origins".... what does that mean??  DNA wise is he semitic or khazarian?  That, to me, would be the first thing I would want to know before deciding if I should believe anything he has written. I just did a search and he is sephardic Jewish.   Remembering these khazars have proven themselves to be deceptive to the extreme, and have used that talent to point the finger for their actions at others, including the real semitic Jews.  Are the real Jews, Neanderthal mutations (As stated below) or Alien hybrids???  See?

This is not going to be easy, and what is their percentage of RH neg blood?  I have not found any information on that, while we have plenty on everyone else.  Why is that?  Remember, Neanderthals have no RH neg blood.  But The British royal family does who is both sephardic and Khazar, so no neanderthal in them.
Finally, I did read a write up that says the real sephardic Jews were using the khazars as a front to blame for whatever they do.  So, the question is "who are the deceptive ones?"  When we answer that question, we will have answered a bunch of them. RH negative is found no where in nature, so its not of this planet, yet neanderthals are of this planet with no evidence of ever having RH neg blood, but they did have RH positive.

Today we see that with the khazars infiltration of our government in key positions where they have basically engineered a coup of our government that has never happened before, but is now in full bloom.  Just look at all the non-Khazarian officers that were purged from the pentagon military and intel?  Look at all the false flags they either attempted to do and got caught like the USS Liberty and blame it on Egypt to try and get us to attack that country and even recently with Sandy Hook.  What in the world makes us think they would not do it again and too us directly???  Remember, they HAVE TO HAVE OUR GUNS FOR ANY OF THIS GLOBALIZING TO WORK.

This is controversial for several reasons, but truth is buried somewhere in that controversy.   To find it we need to do two things.   The first is to match all that is not controversial  with other theories and then look at the differences between this writing and writings of ancient history and archaeologists and then try to get peer reviewed work that has been confirmed by other experts.

This is a start down that journey or should I say "rabbit hole"? I have already done some of that on a partial basis and its sprinkled through out this blog over time.  Check our archives and see what you can find about the work of serious experts that say there is a definite difference between the Semitic Jews and those of Khazarian origin and follow their studies on ancient history as to where the Jews really came from and if there is a difference between them and the khazarians that arrived later, around 750 AD. We did a blog debunking the neanderthal theory, you might want to visit that one for comparison.

In actuality, it doesn't really matter, I don't care what they are,  they are not AMERICANS and thus their "interests, agenda, and politics" are separate and independant to the interests of the United States of America, and should be treated that way by every American, regardless of their race, nationality, religion,  etc.  If they are American, then that is the first and only interests that should concern them.  No more murdering American sailors for an agenda having nothing to do with us.

The Controversial Story Of The Khazars - THE WORK OF MICHAEL BRADLEY
http://www.fourwinds10.net/siterun_data/history/zionism/news.php?q=1276360998 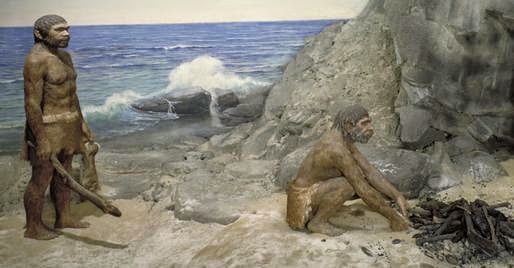 However, independent of Koestler (whose work he had never before known), a Canadian- based writer of Jewish origins, Michael Bradley, released his own 1978 work, "The Iceman Inheritance", followed up by its sequel, "Chosen People From the Caucasus", in which (combined together) he put forth his thesis that the modern day people known as the Jews were descendants from the Khazars and that, indeed, the Khazars could trace their origins back to the Neanderthals.


Bradley’s website at michaelbradley.info describes Bradley’s findings in part: "In Chosen People from the Caucasus, Bradley focuses on the two separate groups of people who came from the Caucasus Mountains of the Middle East: the Biblical Hebrews who emerged from the southern Caucasus between 3000-2000 BC to invade Palestine, and the northern Caucasus “Khazars” who were converted to Judaism about 740A.D."


The Khazars were pushed into Central and Eastern Europe by Mongol invasions, and their descendants comprise the vast majority of modern Jewry [a point that some historians, both Jewish and non-Jewish have quibbled over, some suggesting that only a small number of both peoples, ironically, are considered to be “Jews”—although they have no direct historical or genetic connections with each other—except as they shared a Neanderthal origin in the Caucasus Mountains in the far distant and ancient pre-Judaic past.  (VN:  this is one of those areas of controversy.  Example:  Many, such as the Queen of England and her offspring Charles are RH negative, and yet, no scientist has been able to find any remains of neanderthal that shows they had RH negative blood.  That is an automatically conflict right there.) 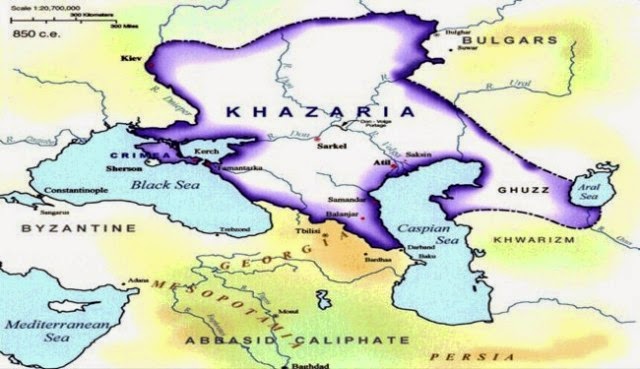 Bradley contends that people and cultures emerging from the Caucasus Mountains (a known refuge of late lingering Neanderthal populations) in proto-historical and historical times would have remained highly intelligent, highly aggressive and psychosexually maladapted (promoting a high level of in-group cohesion). These traits, Bradley contends, explain the survival of Biblical Hebrews against all odds and also the inordinate social influence of modern Western Jews.


Bradley contends that there is no mystique of “the chosen people.” “Monotheism”— a purely male and abstract Godhead— is merely a result of Neanderthal glacial physical and mental adaptations or “maladaptations.”

Proven Neanderthal in-group cohesion and extreme aggression together resulted in a fiercely parochial “chosen people” perspective. The cultural fusion of the two separate streams of “Jews” has, since the 16th century, played an important role in the evolution of Western Civilization and thus in the molding of the entire world’s present cultural profile.


Bradley contends that a uniquely high level of lingering Neanderthal aggression, perpetuated by ethnic prohibitions against outside marriage, has been responsible for the major role played by those calling themselves Jews in the discovery and conquest of the Americas, the transatlantic trade in Black Africans as slaves and cultural colonization of non-Whites by the West. It has been a role too often distorted and disguised by loud lamentations of “anti-Semitism.”


Bradley writes further of his own research and the subsequent controversy that erupted when many media outlets (and Jewish sources) which had previously hailed his writing on the topic of the Neanderthals came to realize that his work pointed toward Neanderthal origins for the Jewish people:


The “Jewish” Ashkenazim had come from a region of known late-lingering Neanderthals, the Caucasus Mountains and the neighboring Russian steppes. Some typically “Jewish” physical traits were very obviously vestigial Neanderthal ones – generally a short stature and a plump physique, many very short wide-hipped and big- breasted women, extremely hairy men and a tendency toward beetling brows and large beaky “hooked” noses in both genders. Many Ashkenazim have crinkly-curly head hair tending toward dark reddish brown or mahogany in color.


Among Ashkenazi “Jews” there is also a genetic tendency toward beaky faces, not only just noses, and big mouths (in more ways than one) that “wrap around” the lower face. Barbara Streisand and Julia Roberts provide two lovely and very well known examples of how attractive this genetic trait can be. But these are not “Semitic” physical traits. They are Neanderthal physical characteristics. And maybe some Neanderthal emotional and behavioral traits persisted among the Ashkenazim along with the physical ones.


Their “chosen people” pretension is a typical Neanderthal in-group obsession that is actually a genetic racist predisposition against all other humans. It is a genetically determined “us against them” mentality. Their higher level of known Neanderthal aggression against outsiders is responsible for their disproportional social influence wherever they have settled in the West. . . . The Ashkenazi Jews, as a group, exhibit lingering Neanderthal traits most strongly among living Caucasians because of Jewish prohibitions against marriage with outsiders. Their Neanderthal genes have been kept “all in the family”, as it were. These Neanderthal genes were not diluted by intermarriage nearly as much as with most other Caucasians.


. . . This Russian steppe origin of today’s Ashkenazi “Jews” was not just a “theory” based on squibs by medieval Christian, Moslem and Jewish chroniclers. It was solid and objective historical reality based on linguistics and hard archaeological artifacts.


And, with The Iceman Inheritance, my unforgivable crime had been to add very persuasive anthropological data to all the other evidence. And this “data” was also something that anyone could actually see by simply taking a close look at many North American “Jews.”


According to Bradley, the Neanderthal heritage of modern- day Jewish people explains much about their ongoing problems with not only the native people of Palestine but with other people on the planet. He writes:

Their aggression encourages continual Jewish attempts to control societies, while the emotional instability makes it difficult for most Jews to distinguish reasonably between justified social criticism by their non- Jewish neighbors and attacks.


Insensitive even to objective concerns about inordinate Jewish influence in societies, and reacting with hysterical aggression to any such supposed “attack” on their behavior and pleas from non-Jews to limit it, Jews have always provoked violence against themselves. And then they, with much emotional satisfaction, feel victimized and attribute the situation to innate “anti-Semitism” among their neighbors.  (VN: I disagree with this....we proved through the protocols written by the Zionists in 1897, that Anti-semitism was determined to be a tool to be used for control.  This was stated by the very people he says are genuinely concerned over anti-semitism. Something doesn't smell right with this whole thing.  I think its to try and make the khazars into the "real Jews".   But their difference is significant, as are their similarities.)


On his website, in an essay entitled “A frightening publication history of Jewish media suppression” (from which the above is adapted), Bradley explores the amazing negative reaction against his writings and the amazing and eye-opening efforts to suppress his work and condemn his research.


For more about his work (and the availability of his books on the origins of the Neanderthals, as well as other topics), refer to Bradley’s website at michaelbradley.info or write him: Michael Bradley, PO Box 97035, Toronto, Canada M6R 3LO or email him at michaelbradley2003@ yahoo.com.