There is strength in numbers

*** Fundraising:  We wish to take this time to thank those that donated to reduce our deficit and to wish them the very best Christmas season ever. Our deficit is currently down to $130, and with 9 days remaining. We would like to thank those that have contributed so far and to acknowledge what a sacrifice it was on such a holiday season.

If you have benefited in anyway from our blog and our work, we hope  you will contribute, so we can stay on the net, by clicking on the pay pal button off to the right of the blog.  Bless you all for your support over these almost 4 years.  No matter how it turns out, I truly believe we have all made a difference.  Bless you all, this Christmas and New Years season.

Vatic Note:  This is up to remind us on how we win,  we stay united, do not let them divide us through pitting one group of us against another as they have tried to do with right vs left, left vs right,  Muslims vs Christians,  Blacks against Whites, and vice versa, and men against women,  Children against parents, etc. etc. etc.    Our strength, due to our vast numbers in population, rests in working together as a team, a unit, with a commitment to the saving of our nation, our children, and our culture.

We either have a blog up now or scheduled out about what the school in Canada did resulting in the death of a 12 year old boy, because the powers that be have  too much power over the lives of their citizens, and placed that power into the hands of those least likely to act in the best interests of their children and their citizens and they have proven it time and again, just like here.

Its time we got tough and clear about who is running this nation.   I saw an example of that this past week in my home town and I have to tell you, I was proud to see that old fashioned American identity and commitment reemerging like I have not seen in a long time.  And everyone was UNITED without a doubt.

The council people saw that and decided to work with us  as they could tell and said so, that this was important to us and they wanted to do working sessions to see if they could work it all out.   That  was a change from what we were led to believe was going to be the result, which was an out and out decline.  WE CAN DO IT.  We just need to stick together from the grassroots up.  Read this below and you decide. 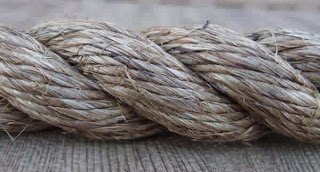 A strand of fiber has a certain strength. It can hold a given weight or withstand a given amount of force before snapping.

But when you take multiple strands and braid them together into a rope, you create something even stronger than the sum of the parts.

This is known as synergy, and we see it in many different settings. The U.S.A. hockey team that won the 1980 Olympics was actually not the most talented team. In fact, if you made a player by player comparison between the Americans and the Soviets, the Russians would come out on top in almost every matchup. Really, talentwise, it wasn’t even close.

But America won. How? They played as a team, and that team had amazing synergy.

It’s even more interesting when you consider that Coach Herb Brooks didn’t even pick the best players in America for his team. He intentionally chose players he believed he could mold into single unit. “You’re looking for players whose name on the front of the sweater is more important than the one on the back.”

James Madison recognized the power of synergy too. In Federalist 46, he gave us the blueprint for stopping unconstitutional, or even unpopular, exercises of federal power. He recognized that even a single state can create problems for the feds. But to really put the brakes on them, you need a little teamwork.

Madison listed some steps that we can take, including refusal to cooperate with officers of the union, and then wrote that these actions “would oppose, in any State, very serious impediments; and were the sentiments of several adjoining States happen to be in Union, would present obstructions which the federal government would hardly be willing to encounter.”

A single state can create impediments. But when a bunch of states all work simultaneously to block a federal action, Madison said it would present obstructions! Big obstructions! The kind of obstructions that make people say, “Nah, it’s just not worth it.”

When the OffNow coalition plan to stop NSA spying at the state and local level got some big national  media attention last week, the response was overwhelmingly positive. But there were some skeptics who insisted it won’t work because the feds will find a legal way around it, Or they will cut funding to Utah. Or they will just take the water anyway.

Of course, any of those things might happen. But these skeptics miss the point. We don’t expect Utah to go it alone. If it does, sure, the feds might squeeze the state hard enough to make it back down. Utah alone passing the Fourth Amendment Protection act would certainly create impediments, but DC might be able to overcome them. Or not. We don’t know until we try.

Become a member and support the TAC!

But we don’t just want impediments. We want obstructions that the feds will hardly be willing to encounter. That’s why the plan is a multi-state, multi-pronged strategy. Imagine if 30 states pass the Fourth Amendment protection act. Will the feds really pull federal highway funding from all 30 states? I guess they could, but that would not go well for them. Are they going to be able to “just take” resources from 30 states? Again, they could, but it would create a PR nightmare for them.

There is strength in numbers. There is power in numbers. And working together creates synergy.
That’s the plan. It’s not just about shutting off water to one facility, in one state. It’s about denying state and local cooperation across the country. Creating obstruction. Making them stop!