Vatic Note:   OK, finally, a reader provided us with a link to this project to fight chemtrails in our skies.  Something we should have done years ago, but did not want to admit we were under attack,  now we know and now we must act.   This is a good way.  If this doesn't work, well, you know there is always the last resort.   If chemicals and poisons are the weapons of choice for them then so be it.  If none of this works than we all sign an official request of homeland security to shoot down the enemy planes using weapons of mass destruction to kill our citizens.  They are terrorists and must be shot down.  Its really that simple and if Homeland security refuses, then WE GO TO OUR NEWLY ELECTED REPS AND DEFUND HOMELAND SECURITY AND DO AWAY WITH IT FOR GOOD.  Hows that for directed action??? Sign up below in the comments section if you agree and are willing to help put this together and any groups you maybe involved with so we can coordinate this effort.  Thanks. 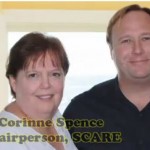 Corinne Spence, the Chairwoman for SCARE (the Santa Cruz Alert Response Emergency) bravely took the initiative to launch this proposed legislation to the Congress of the United States. For that we shall be forever grateful. Ms. Spence delivered to the Washington offices of Congressman Ron Paul and Senator Rand Paul our “draft” designed to prohibit the poisoning of the Earth’s atmosphere.

This proposed legislation, when passed, will make it a crime “punishable by death” or life imprisonment without possibility of parole for spraying our people in the United States with Toxic Aerosols. Within the first two weeks of this year, these Toxins have already killed millions of birds in the air above us and millions of fish in our poisoned water below.

Our proposed legislation is entitled, “The Planetary Population and Atmospheric Purity Act.” It has been given to Patriotic groups in Sweden, England, Scotland, Ireland, Wales, Cornwall & Mexico as a guide to passing laws that will prohibit the poisoning of the Planet’s population through the atmospheric “Death Dumps”. Ms. Spence, with your help and ours, is determined to see that laws are passed to stop the continued spraying of Toxins upon us, our friends, and our families. We fear that if these Death Dumps were to continue unchecked, billions of innocent people on this Planet will die.

Contributors to “our cause” are needed now to help fund this campaign to again bring clean air to our atmosphere. Monies are now needed to cover the cost of printing posters and flyers to educate the ignorant. Our intention is to make millions of DVDs in multiple languages to incite an Awakening in every Nation on Earth. A Film can be seen by a Million, before a Book can be read by One. It is essential that we have funds to make new films and continue our research for the fight. The freedom, health and security of the Planet depends on it.

Your imput is needed. We will publish fresh articles, and show relevant film footage to document that the Death Dumps that are dropped upon us are toxic and intended to poison the People. Our intention is not to conduct trials that will bring these criminals to justice at the World Court, but to inspire every Nation on Earth to pass legislation that will prohibit the continued poisoning of our Planet and conduct their own Tribunals. 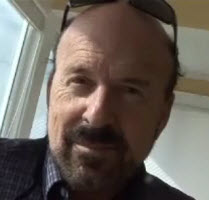 Gary Richard Arnold, (once a Candidate for Congress), ran against the current CIA Director, Leon Paneta whose Alphabet Agency is suspected of engineering this Human Holocaust. Mr. Arnold has already started introducing our Legislation to City Councils across North and Central California. We suggest that you do likewise – and call for “No-fly Zones” within a 100 mile radius of your respected communities. This Atrocity that is being committed in our atmosphere must stop now. A caged canary can live within a coal mine until the rate of toxicity reaches the level where it dies. The fact is the lives of millions of birds, seaotters, whales and fish are now at risk. As humans, our tolerance to these Toxins are higher if it is allowed to rise much further – millions of people may die.

We are asking your help in introducing this EMERGENCY LEGISLATION to every Nation on Earth. We are asking that you make copies of our posters, flyers and DVDs and bring them to all in the “non-managed” Media and the Staff of every Legislator in the United States and Canada. This is very easily done. You will witness the health of millions of people in this country plumet as these Aerosol attacks from the atmosphere continue to escalate. Rising numbers of individuals around the country are coming down with Respiratory Diseases, Fibromyalgia, Alzheimers, & Chronic Fatigue. They have already been victimized.

The rate of Autism in children born from mothers who have inhaled these Toxins has skyrocketed to new levels. It’s no longer safe for a child to go out and play in an area where these Toxic toilets from above have been flushed upon the communities in which they live. This must come to an End!


The article is reproduced in accordance with Section 107 of title 17 of the Copyright Law of the United States relating to fair-use and is for the purposes of criticism, comment, news reporting, teaching, scholarship, and research.
Posted by Vatic at 3:00 PM

LOOK UP PEOPLE! THEN ASK YOURSELF,"WHY ARE THEY CONNING US?"

So pleased we have put this into the primary position! It is the answer to our problems and all can at least see for themselves that something is being done to our sky. Seeing is the first step to believing. Count on our support! adtomeus in love, but now very angry grrrr

I'm in!
Here in Europe chemtrails are much much less, we still see those clouds in wondrous shapes and many, many stars at night.
But I see those chemtrails too and they need to stop doing this.
For everybody on earth.
And please, people don't forget the animals.
Go veg, for everybody

I want to help anyway I can!

Barbara, please let us know what country you are in. It appears they want to completely destroy the only nation that still has massive amount of pristine land and animals in order to insure Americans are unable to feed themselves off the wildlife. That is the purpose of all of htis.

They know we can gather wild plants, roots, and animals along with fish to feed ourselves, and look what they are intentionally killing. All of it, or so they think.

Hi all, Here in once pristine Idaho, US of America (by the way, those who are unaware, Amer-Rica is from old Gothic, "God's Reich"-the realm of God-God's Kingdom...etc, We are not saying it is, we are saying what the word means in old Gothic).., the leaves on our fruit and nut trees are being spotted with little black holes. We are long time 'organic', natural gardeners and retired biochemists that believe the holes are caused by barium deposits. Why would anyone want to spray that on populations of OUR world? War has been declared on us! What are we going to do? adtomeus holographically in love with all of us, but angry grrr

I am sorry to hear that since I am an organic eater except for junk food, hahaha, just kidding. Anyway, Idaho is beautiful. I lived in seattle for years and had to travel through Idaho to get home in Wisconsin and I loved Idaho. Lake Couer De Lane is also beautiful. Love the restaurant out in the lake too. Great food. lol