Psychopaths in the Gulf

Vatic Note: This was so powerful I had to get it out tonight so I am reserving my remarks for later, BUT IT IS A MUST READ, and eloquently expresses what we all knew but didn't know what to call it and here it is. They are dangerous to every form of life of any kind on this planet, even each other.


Psychopaths in the Gulf
http://blog.imva.info/?p=1006
Posted by Mark Sircus on 12 July 2010
Contributed to Vatic Project by Jack Peach,  Great Britian 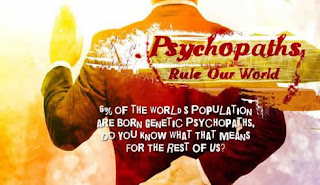 We have never faced anything like what we are facing today. Most of us have planned our lives in terms of a world that is quickly disappearing and we have not set new sails based on the prevailing winds that will blow across our future bows. What will surprise most people is the fact that our true enemies are not terrorists in far away countries but psychopaths that walk among us and populate corporate boardrooms, banks and government chambers.

We have not learned what to do about the world’s psychopaths so we will see our civilization ripped asunder. Psychopaths and sociopaths have little choice but to hurt others as well as the environment because it is in their very nature to do so. These vicious individuals and the institutions they manage are at war with the peoples of the world and there is little defense against them. The very nature of our civilization encourages these people to seek the pinnacles of power and they certainly found just that inside the oil companies.

They aren’t that rare. In fact millions of people are ‘psychopathic enough’ to destroy other people’s lives.

The concept of “corporate psychopaths” is an emerging realization and has been described by Dr. Robert Hare who is a world-renowned psychiatrist and professor at the University of British Columbia. The 2008 Australian documentary, I, Psychopath, points out that the vast majority of psychopaths are not crazed axe murderers: “Most of them function incognito in high-powered professions, all the way to the very top.” These are people who have no conscience. They are described as being manipulative, charming, glib, deceptive, parasitic, irresponsible, selfish, callous, promiscuous, impulsive, antisocial, and aggressive. Their main defect—what psychologists call “severe emotional detachment” or a total lack of empathy and remorse—is concealed and harder to describe than the symptoms of schizophrenia or bipolar disorder.”

There is an enemy that lurks, a dangerous group of people that want to do harm to the American people.
George Bush

Bush got this one right. Many people are struggling to understand and explain what is really happening in the Gulf of Mexico, who is really responsible for the explosion, and how the devastation is serving certain special interests among the elites of this world. We can assume that the most dangerous people on the planet—that have mixed their genetic deposition with greed and power—have anti-life agendas when it comes to us and pro-life ones for themselves.

Captain Joyce Riley stood before Louisiana government officials and told them the only acts of terrorism ever conducted on American soil have been perpetrated by our own government.

Dr. Robert Hare says that, “Psychopaths see nothing wrong with themselves, experience little personal distress, and find their behavior rational, rewarding, and satisfying; they never look back with regret or forward with concern. They perceive themselves as superior beings in a hostile, dog-eat-dog world in which others are competitors for power and resources.”

"Corexit is killing the Gulf"

"Today there can be no possible doubt that evil exists and that there are people who are capable of extremely destructive behavior. Any lingering doubts on this score will be swept away by an evening spent in front of the television."       Alice Miller

It is the choice of our civilization to favor the bad over the good and this is telling in corporate politics. “Traits like being a good listener, a good team builder, an enthusiastic colleague, a great communicator do not seem to be very important when it comes to leading successful companies. In other words, warm, flexible, team-oriented and empathetic people are less likely to thrive as C.E.O.s. Organized, dogged, anal-retentive and slightly boring people are more likely to thrive,” writes David Brooks for the New York Times. What Brooks is saying is that we have created the conditions for the most ruthless humans to populate the top strata of civilization.

"Because psychopaths can’t feel emotions such as fear, they are well suited to executive decision-making. They can eliminate emotion from weighing the upside and downside of actions; there will be no sleepless nights for them because they have closed a plant and put thousands out of work."

Psychopaths, even those who are psychopathic killers, however, are not mad, according to accepted legal and psychiatric standards. Their acts result not from a deranged mind but from a cold, calculating rationality combined with a chilling inability to treat others as thinking, feeling human beings. We really have no idea how cold hearted even the medical profession is and how pediatricians insist on injecting more and more poisons into their young patients.

The medical response to the Gulf disaster is shameful, to say the least, for they are leaving men, women and children throughout the Gulf region vulnerable to severe contamination. They are not telling them anything about basic ways of treating airborne poisons. Several institutions are standing naked in front of the world during this disaster. In Russia they tried to help the people from the radiation and even used spirulina and chlorella but for some ungodly reason there seems to be little to none of that in the States.

Butoxyethanol is a major component (30-60% by weight) of Corexit 9527, an oil spill dispersant product. In the United States, the primary manufacturers are Eastman Chemical, Dow Chemical and Equistar. Corexit 9527 is being used in conjunction with Corexit 9500 in the oil spill disaster.

Psychopaths often seem completely normal to unsuspecting targets—and they do not always ply their trade by killing. Most people are both repelled and intrigued by the images of cold-blooded, conscienceless murderers that increasingly populate our movies, television programs, and newspaper headlines. But what we do not see is how these people and companies thrive by creating chemicals, foods, and many products, drugs, and dental products that poison and kill people without a trace back to the source, which are the boardrooms of these companies who make these products in the first place.

Psychopaths are fully aware of the consequences of their actions and know the difference between right and wrong, yet they are terrifyingly self-centered, remorseless, and unable to care about the feelings of others. They know their poisons are going to hurt us and our children but they just go ahead and enjoy their lives at our expense. God must see a reason for their existence. Could it be that they are here to teach us about the true nature of evil? Or the true nature of ourselves?

"It is likely that at some time in your life you will come into painful contact with a psychopath. For your own physical, psychological, and financial wellbeing, it is crucial that you know how to identify the psychopath, how to protect yourself and how to minimize the harm done to you." 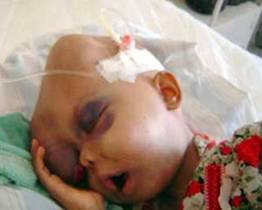 Next time you see a child dying of leukemia (chemical poisoning) think about these psychopaths in their boardrooms who are causing a health disaster of truly sickening proportions. Reports of oil toxicity in Texas know no end and yes, go ahead and keep eating the beef from that polluted state. It’s like playing Russian roulette; you never know when you are eating a steak grown right from the side of an oil pit.

There is so much wrong with our modern civilization it will be a miracle if we can ever make it right. We have accepted the madness of modern day life mostly because we have been addicted to promises and dreams of riches and comfort. Also because we are afraid to lose what it is we have. But what is it modern man has that is worth so much? Have our decades of wealth and comfort been worth so much that we have willingly sacrificed the future of our children and the carrying capacity of the planet?

Psychopaths are simply people without hearts. Sure they have pumps beating in their chests but the heart of man goes much deeper than a muscle. It is my opinion that there is just too little heart in this world, too little love. We are facing a doubtful future because we have not learned the lessons of love. Certainly the captains of civilization are not loving nor do they like to listen to anything that conflicts with their agenda.

The next effort at building a civilization will have to be fundamentally different. It will need to be built on love of our fellow human beings and that is not about to happen as long as those in power remain so. It’s the elites that we have to be most careful about for they have sociopathic goals and have no compunction against using psychopathic means. They certainly have their hands on the power strings that control contemporary civilization so their lack of heart is crushing.


The article is reproduced in accordance with Section 107 of title 17 of the Copyright Law of the United States relating to fair-use and is for the purposes of criticism, comment, news reporting, teaching, scholarship, and research.
Posted by Vatic Master at 5:53 PM

On this subject, I refer all with an interest to the subject of PONEROLOGY - describes the genesis, existence, and spread of the macrosocial disease called evil.
http://www.google.com.au/search?client=safari&rls=en&q=ponerology.com&ie=UTF-8&oe=UTF-8&redir_esc=&ei=k8Q7TJHNF4fJcdO03PoO

All the first page of links are of interest, but I particularly commend
http://www.cassiopaea.org/cass/political_ponerology_lobaczewski.htm
It is an amazing story behind how Political Ponerology ever came to be published! When you realise the significance of this book, you will understand why TPTB never wanted it to see the light of day.

We must stop them but to do so we must change the mind set of our materialistic society.

Judgement: I agree with you. In fact, the world here in America as we have known it has changed forever and we must be the ones to decide how we rebuild it and with what principles and values of import. That is up to us and must be done first in our homes with our children and then with our communities.

If Christian, we must stop worshipping the golden bull like we saw Christians do in Wall street and if not Christians we must decide what we do believe in and how that aids us into becoming a compassionate and caring nation for all.