Clerk Note: Brought to my attention by Flor for you to make of it what you will.


Mythology as natural history, and human history as occult ritual.

The Saturn Death Cult is an investigation into ancient planetary upheavals that heralded the birth and destruction of a fabled Golden Age following which mankind then degenerated into the obsessive pursuit of wealth and power through the perverted horrors of slavery, child sacrifice and mass-murder rituals.

This website discusses the disturbing occult origins of the planet Saturn and its influence on our march towards the terrifying elitist agenda of ‘justifiable’ man-made global cleansing. 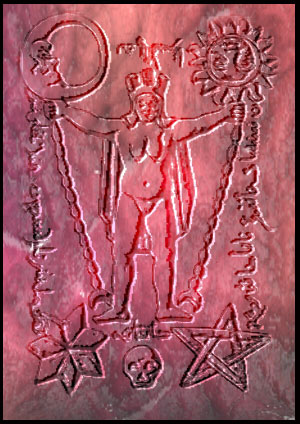 Once finished, you may ask the question:  Are we being steered into a new occult-inspired Golden Age, or are we on the precipice of a police state Dark Age?

On this website I will endeavour to steer you towards some of the more open-minded thinkers and writers investigating the sometimes horrifying origins of the more profound social problems facing our species today.  As the above hints at, some of the subject matter discussed deals with the distasteful issue of paedophile networks and their links to human sacrifice rituals.  For those of a more delicate disposition, this can be a highly disturbing and distressing topic, and you are therefore warned.  Ritual crime is never pretty.

I do however believe it is vital for us to understand how Saturnian mythology and cosmology has been warped by certain individuals and sects into a justification for such heinous crimes against women and children.

What I have dubbed as ‘The Saturn Death Cult’ (and what others may refer to as the Saturn Matrix) can be loosely defined as the accumulated financial and ritualistic operations and beliefs of certain occult sects and organisations involved today in the promotion of war for profit (Guns), monopoly of energy resources (Oil), illicit drug trafficking (Drugs) and the sexual exploitation of women and children (Sex) – the infamous GODS industry. 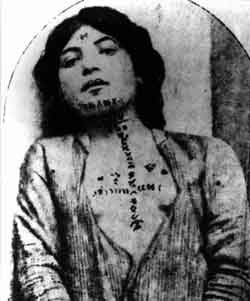 An Armenian female slave, one of the millions of victims that have suffered under the influence of the Saturn Death Cult. (image PD)

Discussing the extremely serious topic of the historical sexual exploitation of women and children (termed White Slavery by some) will, hopefully, arm us with better knowledge in our collective opposition to this ‘GODS’ industry.

“I am firmly convinced that when the people of this nation understand and fully appreciate the unspeakable villainy of ‘The White Slave Traffic’ they will rise in their might and put a stop to it.  The growth of this ‘trade in white women,’ as it has been officially designated by the Paris Conference, was so insidious that it reached the proportions of an international problem almost before the people of the civilized nations of the world learned of its existence.”
Edwin W. Sims,
United States District Attorney, Chicago, 1910.
(Quoted from the introduction to: ”Fighting the Traffic in Young Girls”, edited by Ernest A. Bell, 1910)