Washington and ISIS: the evidence

Vatic Note:   So, given this is from Pravda, does this mean its another attempt to make the USA look bad enough to justify a World war against this nation?  It appears so.   It appears the zionists various propoganda machines are hard at work to make us look like the new nazis' on the block.  Its what worked for starting and conducting WW II, so, of course the foreign infiltrators of our nation are doing everything they can to make us look bad by doing all this bad stuff.  Remember, they always use what has worked in the past. Its one of their failings.  Its how we know who is doing what.  I have never read so much gobbeldy gook in my whole life as I am reading below.  And its all made up for our consumption.  Amazing.  They truly do think we are stupid.

Lets not forget who is giving the orders officially,  Barack Obama, the touted first Jewish President of the United States.  The question is,  "Is he a Zionist?"  He was pushed and pulled into the public limelight by his khazar handlers in Chicago, with Rahm Emmanual at the forefront.  YOu know Rahm, the IDF officer who is an American,  and his father was a proud terrorist for the early khazar Israeli's who were given Palestine by the British Monarchy.  How cozy!!!!  What a coincidence.   So now comes the truth about the ISIS, but when reading this, simply substitute the words KHAZAR ZIONISTS everywhere you see the US or the word AMERICA or WASHINGTON.  Then you will have the truth.

Why do you think hundreds of top level military officers were purged from the Pentagon during both the Cheney administration and the Netanyahu Administration fronted by Obama???  So that the Khazars put in place could take over and do what was necessary to make the world hate us, and I don't blame them.  We have allowed the foreign infiltrators to our military do acts that only fascists and zionists would do.... not Americans.  That is how this has been allowed to happen.  Its to prep for WW III with us as the designated losers.  Then will come the occupation and the purging of Christians from our midst.

Lets also remember a blog we did proving the Saudi's royal family were Khazars, just like the Israeli leaders.  Now that explains their cooperation and friendly helping aid against their supposed own people, in favor of the khazar Israeli's. That was also the case for the other minor Arabian peninsula Clans, such as UAE, Bahrain, etc.   The KHazar royalty of Britain tied in with the Rothschilds are the ones that saw to it "THE RIGHT PEOPLE WERE PUT IN CHARGE" of the newly created countries, made from the conquored Ottoman empire after WW I.  The same Brits that did the same in Israel after WW II.

Read this below and see how this is a major conspiracy to fool "The people", so that the political agenda will be accepted by those being deceived.  Its working but slowly its becoming apparent and sheep are waking up.

Washington and ISIS: the evidence
http://english.pravda.ru/opinion/columnists/10-03-2015/129996-washington_isis-0/
by Tim Anderson 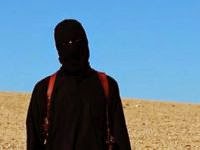 Reports that US and British aircraft carrying arms to ISIS have been shot down by Iraqi forces have been met with shock and denial in western countries. Few in the Middle East doubt that (VN: the Khazar Zionist bankers in) Washington is playing a 'double game' with its proxy armies in Syria, but some key myths remain important amongst the significantly more ignorant western audiences.

A central myth is that  (VN: Khazar Zionist Bankers in...) Washington now arms 'moderate Syrian rebels', to both overthrow the Syrian Government and supposedly defeat the 'extremist rebels'. This claim became more important in 2014, when the rationale of US aggression against Syria shifted from 'humanitarian intervention' to a renewal of Bush's 'war on terror'.

A distinct controversy is whether the al Qaeda styled groups (especially Jabhat al Nusra and ISIS) have been generated as a sort of organic reaction to the repeated US interventions, or whether they are actually paid agents of (VN: the Khazar Bankers...) Washington.

In that same month, 'rebels' in the Israel-backed Golan area were reported as defecting to ISIS, which had by this time began to establish a presence in Syria's far south. Then, in early 2015, three thousand 'moderate rebels' from the US-backed 'Harakat Hazzm' collapsed into Jabhat al Nusra, taking a large stock of US arms including anti-tank weapons with them.
ISIS already had US weapons by other means, in both Iraq and Syria, as reported in July, September and October 2014. At that time a 'non aggression pact' was reported in the southern area of Hajar al-Aswad between 'moderate rebels' and ISIS, as both recognised a common enemy in Syria: 'the Nussayri regime', a sectarian way of referring to supposedly apostate Muslims. Some reported ISIS had bought weapons from the 'rebels'.
In December 2014 there were western media reports of the US covert supply of heavy weapons to 'Syrian rebels' from Libya, and of Jabhat al-Nusra getting anti-tank weapons which had been supplied to Harakat Hazm. Video posted by al-Nusra showed these weapons being used to take over the Syrian military bases, Wadi Deif and Hamidiyeh, in Idlib province.
With 'major Arab allies' backing ISIS and substantial collaboration between US-armed 'moderate rebels' and ISIS, it is not such a logical stretch to suppose that the US and 'coalition' flights to ISIS areas (supposedly to 'degrade' the extremists) might have become covert supply lines. That is precisely what senior Iraqi sources began saying, in late 2014 and early 2015.
For example, as reported by both Iraqi and Iranian media, Iraqi MP Majid al-Ghraoui said in January that 'an American aircraft dropped a load of weapons and equipment to the ISIS group militants at the area of al-Dour in the province of Salahuddin'. Photos were published of ISIS retrieving the weapons. The US admitted the seizure but said this was a 'mistake'.

In February Iraqi MP Hakem al-Zameli said the Iraqi army had shot down two British planes which were carrying weapons to ISIS in al-Anbar province. Again, photos were published of the wrecked planes. 'We have discovered weapons made in the US, European countries and Israel from the areas liberated from ISIL's control in Al-Baqdadi region', al-Zameli said.
The Al-Ahad news website quoted Head of Al-Anbar Provincial Council Khalaf Tarmouz saying that a US plane supplied the ISIL terrorist organization with arms and ammunition in Salahuddin province. Also in February an Iraqi militia called Al-Hashad Al-Shabi said they had shot down a US Army helicopter carrying weapons for the ISIL in the western parts of Al-Baqdadi region in Al-Anbar province.

Again, photos were published. After that, Iraqi counter-terrorism forces were reported as having arrested 'four foreigners who were employed as military advisors to the ISIL fighters', three of whom were American and Israeli. So far the western media has avoided these stories altogether; they are very damaging to the broader western narrative.
In Libya, a key US collaborator in the overthrow of the Gaddafi government has announced himself the newly declared head of the 'Islamic State' in North Africa. Abdel Hakim Belhaj was held in US prisons for several years, then 'rendered' to Gaddafi's Libya, where he was wanted for terrorist acts. As former head of the al-Qaeda-linked Libyan Islamic Fighting Group, then the Tripoli-based 'Libyan Dawn' group, Belhaj has been defended by Washington and praised by US Congressmen John McCain and Lindsey Graham. (VN: get used to it since both of them are owned by the ROTHSCHILD banking mafia)
Some image softening of the al Qaeda groups is underway. Jabhat al-Nusra is reported to be considering cutting ties to al Qaeda, to help sponsor Qatar boost their funding. Washington's Foreign Affairs magazine even published a survey claiming that ISIS fighters were 'surprisingly supportive of democracy'. After all the well published massacres that lacks credibility.
The Syrian Army is gradually reclaiming Aleppo, despite the hostile supply lines from Turkey, and southern Syria, in face of support for the sectarian groups from Jordan and Israel. The border with Lebanon is largely under Syrian Army and Hezbollah control. In the east, the Syrian Army and its local allies control most of Hasaka and Deir e-Zour, with a final campaign against Raqqa yet to come. The NATO-GCC attempt to overthrow the Syrian Government has failed.
Yet violent destabilisation persists. Evidence of the covert relationship between (VN: khazars running ....) Washington and ISIS is substantial and helps explain what Syria's Deputy Foreign Minister Fayssal Mikdad calls Washington's 'cosmetic war' on ISIS. The extremist group is a foothold Washington (VN: The khazar bankers) keeps in the region, weakening both Syria and Iraq. Their 'war' on ISIS is ineffective. Studies by Jane's Terrorism and Insurgent database show that ISIS attacks and killings in Iraq increased strongly after US air attacks began. The main on the ground fighting has been carried out by the Syrian Army and, more recently, the Iraqi armed forces with Iranian backing.  (VN: thats because Iran knows who is doing what, and I congratulate them on their insight and aid to their fellow middle east countries.  Its all about stealing their oil, since Israel has no substantial resources to call their own, so they steal what they want for garnering their weatlh)
All this has been reported perversely in the western media. The same channels that celebrate the ISIS killing of Syrian soldiers also claim the Syrian Army is 'not fighting ISIS'. This alleged 'unwillingness' was part of the justification for US bombing inside Syria. While it is certainly the case that Syrian priorities have remained in the heavily populated west, local media reports make it clear that, since at least the beginning of 2014, the Syrian Arab Army has been the major force engaged with ISIS in Hasaka, Raqqa and Deir eZour. A March 2015 Reuters report does concede that the Syrian Army recently killed two ISIS commanders (including Deeb Hedjian al-Otaibi) along with 24 fighters, at Hamadi Omar.
Closer cooperation between Iran, Iraq, Syria and Lebanon's Hezbollah is anathema to Israel, the Saudis and (VN: Israel controlled...) Washington, yet it is happening. This is not a sectarian divide but rather based on some clear mutual interests, not least putting an end to sectarian (takfiri) terrorism.
It was only logical that, in the Iraqi military's recent offensive on ISIS-held Tikrit, the Iranian military emerged as Iraq's main partner. Washington has been sidelined, causing consternation in the US media. General Qasem Suleimani, head of Iran's Quds Force is a leading player in the Tikrit operation.  A decade after Washington's 'creative destruction' plans, designed to reduce Iranian influence in Iraq, an article in Foreign Policy magazine complains that Iran's influence is 'at its highest point in almost four centuries'.  (VN: good job, Israel, could not have done it without you. Just who is stupid??? )
------
Select references
Mahdi Darius Nazemroaya (2006) Plans for Redrawing the Middle East: The Project for a 'New Middle East'
http://www.globalresearch.ca/plans-for-redrawing-the-middle-east-the-project-for-a-new-middle-east/3882

RT (2014) Anyone but US! Biden blames allies for ISIS rise
https://www.youtube.com/watch?v=11l8nLZNPSY