Vatic Note:   This was fascinating.   Apparently the press gave a completely different picture of the accident than the NTSB.   The NTSB published their report after their investigation and well after the khazar zionist run press, published their perverted version of the accident. So the question is "Who runs and owns the mainstream press"?

We all know the answer to that one. Does anyone remember Carnahan who ran against Ashcroft and he was in a plane crash so Ashcroft would have been the default winner, but Carnahans' wife stepped in and ran against Ashcroft ,in his place, and won.  Then Ashcroft became Bush's Attorney General and did as much damage as he could for the khazar zionists.

As usual, Mossad has always used plane crashes to get rid of someone of inconvenience,  Paul Wellstone, senator from Minn comes to mind and Governor Stevens of Alaska, leaving certain positions within the government to be taken over by khazars, such as Hillary for JFK JR, which gave her a foot into the door of the Executive offices where she did a great job, as Secretary of State, of seeing to it our ambassador to Libya was killed.

Like Rosenthal said in that 1976 interview, before he was killed by airplane crash, by his co-conspirators, for his bragging to the press and spilling the beans.  We published a blog on that fact and the text of the interview where he spells the plan all out for the public to see and read.

All Presidents since 1932 belonged to the Khazar Zionists, and all were related to the Queen of England, who is, herself, a Khazar whose family changed their name so they  would sound British. Bottom line on this is,  yes, I have always believed he was killed because he was going to run for NY senate seat, while the Khazars had planned on Hitlary for that seat as a stepping stone to higher office.

I am sick of these animal perverts killing off our best and brightest.  How about you? 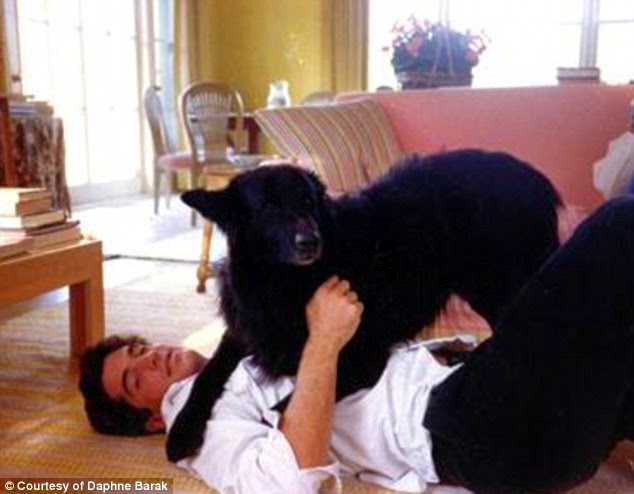 The report of the National Transportation Safety Board came out on August 8, 2000, 13 months after the plane crash of JFK Jr. It contradicts many of the lies pushed in the media. For example, the L.A. Times reported "The accident that killed Kennedy was caused by an inexperienced pilot .. the NTSB concluded in its final report" (LA TIMES, 7/7/00, page 1). In fact, the NTSB report shows that Kennedy was highly experienced (he had more than enough hours for an instructor's license), he was described by his trainers as "excellent", "methodical", and "very cautious." (NTSB report, page 3)

The media say the visibility was poor. But the NTSB quotes the Tower manager at Martha's Vineyard, where the plane went down, saying that there were "stars out" and visibility was "between 10 and 12 miles" (NTSB report, page 5). Why did the media lie? Why have they always lied about the murder of his father?
1) The rescue: This is enormously important. The FAA radar tracked Kennedy's plane crash. The U.S. Coast Guard has reported that Kennedy contacted the tower on his final approach. THIS IS ENORMOUSLY IMPORTANT!!! It means they would have known his plane was going down before it hit the water. FAA regulations require that a search begin immediately when a plane reports itself on final approach and does not land within 5 minutes. Yet it took them 14½ hours to send the first planes and boats to Martha's Vineyard. (Boston Herald, 7/20/99 "Time gaps in early hours of search are beyond explanation" Jack Sullivan and David Talbot) (LINK5)WHY?
2) The plane: Kennedy's plane had autopilot, capable of flying itself to within 100 feet of the airport. All a "cautious and methodical" <pilot had to do was sit back and let the plane fly itself. (NTSB report, page 18)/span>
3) The sabotage: Kennedy's plane had a black box. No other private non-jet plane on earth had one. He knew they wanted to kill him and he wanted to make it hard. The NTSB, says the battery had been removed, destroying all record of conversation in the cockpit. (NTSB page 10) All planes have an Emergency Locator Transmitter (ELT), which sends out a beacon signal in case of a crash. It took 5 days to locate Kennedy's plane. Why? Was it missing? Disabled? The report says nothing. According to the NTSB report, the fuel valve had been turned to OFF (NTSB report, page 12).

This valve had a safety device on it so that it could not accidentally be turned to OFF. Turning it off during flight would be suicide, since at top speed, the engine will die in 45 seconds!! Because the results are potentially deadly, the valve cannot be turned by accident. A safety-release button must be pushed down and held while turning the valve. This piece of evidence is the smoking gun.

It is positive proof of foul play. Was Kennedy committing suicide? If he wasn't, there can scarcely be any question but that he was murdered. So who turned the valve? Read on. Kennedy's flight logbook is missing. (NTSB report, page 2) This will be seen as critical in one minute, because the logbook would have recorded the presence of a flight instructor on the plane. The media talked about a "graveyard spiral" and various forms of disorientation.

The NTSB report describes Kennedy's plane making two mild explainable maneuvers; and then the plane plunged drastically to the right and plummeted straight down, crashing 2600 feet in 45 seconds. It sounds like someone grabbed the controls and suddenly shoved the plane into the water. But this description of a suicide plunge is consistent with the "suicide" position of the fuel valve.
4) The flight instructor: All of the early reports said there was a flight instructor on the plane (e.g. The New York Times, Saturday July 17, 1999). Then the flight instructor disappeared from the reports. Kennedy very rarely flew at night without a flight instructor. Out of 310 hours of flight time, and 55 hours at night, he had only 45 minutes at night without an instructor. (LINK12)He was very cautious. He had his wife on board. It is almost unthinkable that he would not have taken an instructor.

5) Egypt Air 990: Two months later Egyptian Air flight 990, with 30 of the highest ranking members of the Egyptian military on board, crashed. (It was big news for several days. The pilot's family and the Egyptian government objected to the NTSB finding that the pilot was committing suicide. "He was happily married. Moslems don't commit suicide" etc.) This pilot had walked into the cockpit, said "Allah help me', grabbed the controls, and tried to force the plane to crash. Three other pilots, grabbed him, and there was a struggle; he gave up, turned around, and he turned the fuel valve OFF.
Both pilots, Kennedy's flight instructor and the Egyptian, were programmed, using hypnosis or other mind control, to act in exactly the same way. The CIA has settled lawsuits by victims of their mind control experiments, the MK Ultra program. One of the physicians, Dr. John Gittinger, Chief Psychologist of the CIA, tortured by his conscience, has come forward to expose the existence of these programs and their purpose: to create walking, pre-programmed human time bombs, set to go off on cue, taking out their intended victim.
Kennedy's emergency locator was removed, the cockpit recorder was disabled, the flight log was taken, and the body of the flight instructor was removed. (But they forgot to return the fuel valve to ON!!) They delayed the rescue 14 hours to do it. They were waiting in the water for the plane to crash. Who was? Who indeed?
But why would anyone want to kill John Kennedy Jr.? He was planning to run for National office according to Newsweek and People. He told friends he would have run for Senate in New York, but let Hillary Clinton run instead. And he would have won. He was the most popular man in the US. And for good reason. He was a great guy. But he was the only Kennedy to ever acknowledge a conspiracy in his father's death. He not only acknowledge it, he published an article by Oliver Stone, in his magazine, George, about assassination, conspiracies, and lying history books. Who would want to kill him? The people who killed his father had to kill him. Kennedy Jr. was going to go after them.
NTS Notes: Yes indeed, why kill John Kennedy Jr? It has always been my belief that the Zionists wanted him eliminated out of fear that he would continue in his father's footsteps and become a thorn in their sides. There was a strong possibility that had John lived, and became President of the USA, that the policies that his father attempted to introduce, including the bill to take the US Monetary System off of the Federal Reserve would have been restored. The Rothschild Empire and its minions would definitely not stand for that! It is no wonder that John was killed, and his murder left a mystery to this day.

There is so much of our history that needs correction....

Posted by Northerntruthseeker at 8:06 PM

It was the same men who sacrificed his father in Dealy Plaza, an outdoor temple dedicated to 33rd degree Freemason of the Scottish Rite, George Bannerman Dealey; on Elm Street (the grove); under the overpass (the truncated pyramid); on the 33rd Parallel; in the territory of 33rd degree Freemason Lyndon Baines Johnson (who was initiated at Johnson City Lodge #561 in Johnson City, Texas) and his organized crime associates in Dallas who the Kennedys had begun to shutdown, the man who stood the most to gain directly from the death of President John F. Kennedy. It was these men who erected an obelisk, the phallic of Osiris with reflecting pool, at the site of the assassination as a signature. It was these men who put an eternal flame, the fire of intellect carried by Prometheus (Lucifer; Lucis-Ferre, the "Light-Bearer") atop Kennedy's grave. It was these men who claimed that a poor sharpshooter shot Kennedy from the only window in the School Book Depository that was shaped like a square (and compass). It was these men who have placed dozens of their fellow travelers in the highest office of this nation, and untold numbers in other high offices, judiciaries, agencies and bureaucracies.

"The very word "secrecy" is repugnant in a free and open society; and we are as a people inherently and historically opposed to secret societies, to secret oaths and to secret proceedings." — President John F. Kennedy, "The President and the Press," Address before the American Newspaper Publishers Association, Waldorf-Astoria Hotel, New York City, April 27, 1961