***-FUNDRAISING AGAIN- If the economy improves, I will be fine so this is a month to month situation right now.   Like before we are starting on the 15th to fund raise for that which is due on the first, and the deficit is still $320, so any help you can give to keep us going will be greatly appreciated.  If you can afford it, please use the Pay Pal donation button off to the right side of this blog and give what you can to help us out.  Thank you all for your support during all this time.  We could not have done it without you.  We would like to thank the three people who donated, your gifts were truly appeciated.

Vatic Note:  We are putting up two videos,  the first one covers a lot of the various entrances and tunnels that were found at the Ellora Cave system in India, but were so very small that no one could go in and see what was there.  The size of the tunnels implied aliens built them.    The second video provides us with the greater scope of the building of the ancients who were either extremely civilized in an advanced manner to have built such a temple as you will see in the second video, or it was carved out by Aliens.  I have no idea which, but you will want to see for yourselves.

One thing that impressed me when I did a little more digging was the number of caves in India that have these buildings and cities that are so advanced.  I have taken the liberty of saving and posting the photos that the Times of India published so you can see just how advanced these people were at one time.  See what you think.   I am leaning toward aliens, but then I am only "leaning", not committed yet.  LOL   I am putting these photos in the vatic note so as not to confuse the source, which was definitely  obtained from the Times of India.

This is from the Ellora Caves. 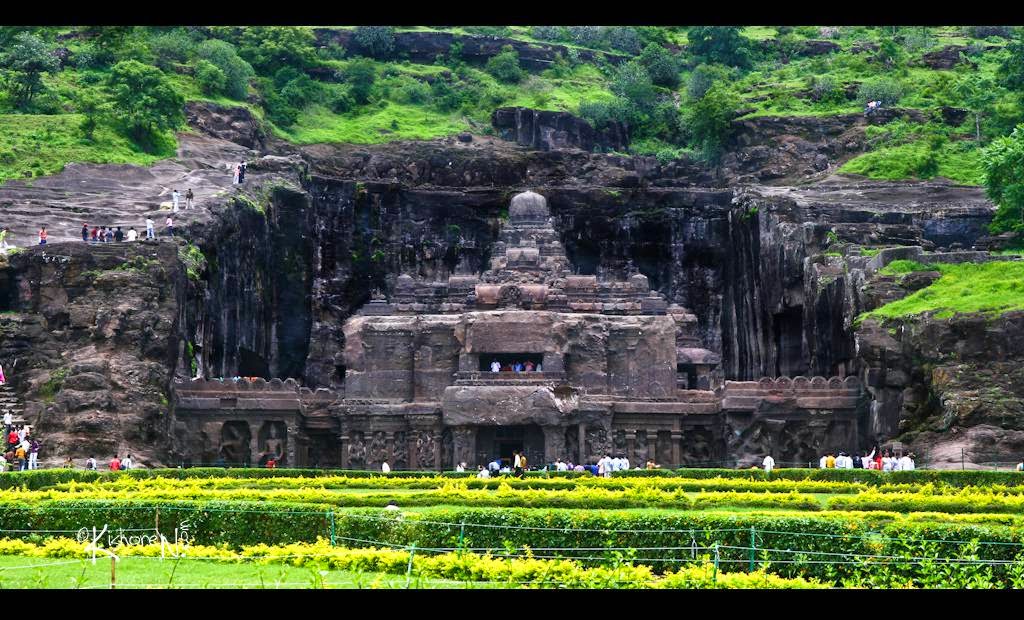 Another cave system:  THE BADAMI CAVES 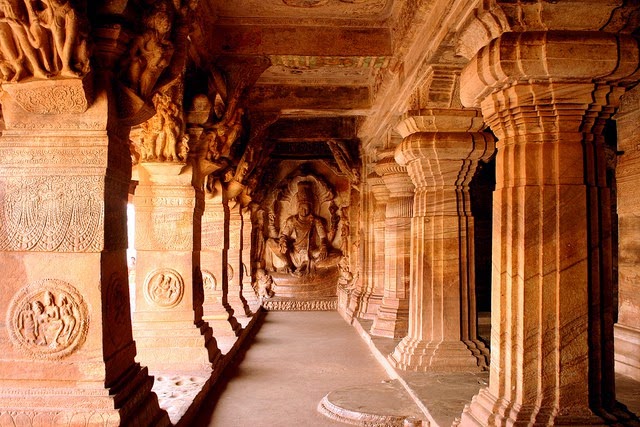 Just look at the technology and precision that had to have been done, to preserve them for these thousands of years in this condition.  I am all amazed. I am also amazed at the artistry they show.  Unbelievable.  Its amazing what we do not know about our world. OUT OF EVIL HAS COME GOOD,  WE WOULD NEVER HAVE EXPERIENCED THIS IF IT HADN'T BEEN FOR THE KHAZARS.  IN THAT SENSE WE OWE THEM A THANK YOU.  LOL   HOW STRANGE AND IRONIC THAT IS. TO ME IT SIMPLY PROVES THERE IS A GOD.

Now this one is called HARRAPA 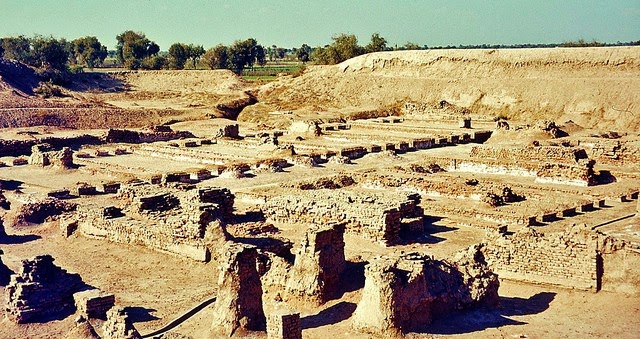 So watch, ponder and enjoy!  This is truly breathtakingly amazing.

“We are at Ellora caves in India, and I am going to show you some solid evidence about a secret underground area that is hidden under these caves. As you can see, there is a rectangular tunnel about 1 foot wide that is vertically going down, and is not open for public access.

I asked the security guards if I could take a closer look and they told me that visitors are not allowed but they also told me that, this tunnel is over 40 feet deep and then it takes a right angle turn to proceed underground. Nobody knows what’s inside after that because the tunnel becomes too narrow for human beings to get through it.

This is another hidden passage in Ellora caves that I tried to get through, but after 10 feet, it becomes so narrow that I can’t go any further. Where do these mysterious tunnels lead? Who could have used such narrow passages? The other important question is: how can you carve such narrow passages if human beings cannot even get through them? Was it carved by humans at all? Were these carved for extraterrestrials that are smaller than human beings?

Notice how this entrance is clearly going underground, in this cave temple. These are underground areas hiding in plain sight. The security guards told me that there are several underground tunnels in Ellora caves which gradually become too narrow for human beings to access them, and all of them are locked. From these old doors, we can assume that these tunnels have been closed from public access at least 30 to 40 years ago.

These underground tunnels are not found in the same area, but are scattered over many different caves in Ellora, which stretches across a few miles. Is it possible that there could be a vast underground city like Derinkuyu in Turkey? Derinkuyu is an enormous underground city with advanced technical features that could accommodate more than 20,000 people, which was hidden for centuries only to be discovered in 1965.

How about this ventilation shaft, which is also going underground? You can also see hundreds of holes like this drilled on the rock floor. Some of them are unfinished, and only few inches deep, but notice how the other holes have been closed with concrete recently. I asked why some of these holes have been closed and my tour guide told me that someone dropped their car keys into one of them, but these holes are so deep that they couldn’t retrieve it. So, they just covered these holes by putting concrete over them.

What else could be the purpose of these deep holes on the floor, if they are not ventilation shafts? Why would hundreds of holes be drilled on these rock floors with painstaking efforts without any reason? Now, this is one of the abandoned, bat infested places and let’s take a look at what’s inside. This seems like a very old sanctum holding a lingam, which is a Hindu god. Centuries ago, plenty of water would be poured on this lingam everyday as part of religious worship, and it would drain through this channel. Notice that this water drain has been closed recently with some rocks. Where would the water go? Let’s see…It would go vertically down through this tunnel.

Unless there is an area underground, this would be pointless because the water would just overflow all over the place! All over Ellora caves, there are hundreds of idols which would require thousands of gallons of water poured on them every day. Was this a technique to get clean water underground that could be used for different purposes?”

Vatic Note:   this is a video of that same area near the Ellora Cave system, and this ancient temple that appears so advanced, was built in ancient times.  This in the only temple in the world that was cut out of a mountain, rather than built up.   You watch and decide.  I do think at the very least it was a very advanced civilization that was able to do that or it could be aliens.  You decide for yourself, after watching this.  The moderator on this video did one of the best jobs I have ever seen in explaining what is so miraculous about this temples' existence.

Source of video was  http://www.abovetopsecret.com/forum/thread1039603/pg1
from "Surfer Soul" from Above Top Secret.
The article is reproduced in accordance with Section 107 of title 17 of the Copyright Law of the United States relating to fair-use and is for the purposes of criticism, comment, news reporting, teaching, scholarship, and research.
Posted by Vatic Master at 1:00 AM