Starfire bloodfests - Why the Elite Ritually Murder and Drink the Blood of their Sacrifice to Satan.

Vatic Note:   Boy, when I read this below,  I thought about how corrupt these people are as well as evil, since they took something so beautiful and perverted it all to hell.   I used to wonder,  "How in the hell did these people ever become so insane and so many all in the same bloodlines and for generations?"

Then I read one day and published a blog on it,  on how these people intentionally drive their offspring crazy and they do this generation to generation.  They  use Trauma sexual abuse on their children, then mind control them to the agenda, and give them a handler who trains the child.  Example, Bush Jr's handler was Dick Cheney and you can see that during Bush Jr.s administration.

It was Cheney who really ran the show, using Bush Jr as a front. That is what ensures that there is continuity in their globalizing plans from one generation to another.  Add this to the normal way to inculcate insanity into your bloodline, which is to marry within that bloodline.

You have read on this blog all about the Satanic rituals that are engaged in by these satanists.  AT the same time we covered both Satanic Ritual and pedophilia practiced by these khazars who have always been crazy as we also published and why they are always kicked out of countries where they have resided.  Mongolia comes to mind.

Do you know how bad you have to be to get kicked out of mongolia???  REALLY BAD! Since its a safe haven for criminals. Well, they were also 1 of 7 cultures, that were pagans and worshipped the phallic symbol.   Add these facts all together and what you get is a very sick and depraved, culture that deteriorates with each previous generation.   Their society reflects it, Israel has legal prostitution,  they are the porn kings of the internet, movies and pedophilia and why we see so many arrests of Rabbis' for that crime.  Then their Talmud says you can't rape a child under 3.5 years old.  Now how sick is that.

A sick nation is one that is comprised of a group of very sick people.  To me that explains Israel and the khazars that control it.  Read this below and you decide, but revisit some of those blogs about all of this use of trauma on their own children.  You have to be dead inside to do these things to your own children.

If  we want to avoid all of this as a nation and not deteriorate to Israel's level, then we best purge these dual citizens and foreign infiltrators out of our government and soon.  Otherwise we will end up like them.  We can see it already just in the education level of our children and the drugging and destroying them already.  Then add in TSA fondling children ages 2 through 6 and you have a perfect storm for becoming like our foreign occupiers.

"The best blood is of the moon, monthly..." Aleister Crowley, The Book of the Law. 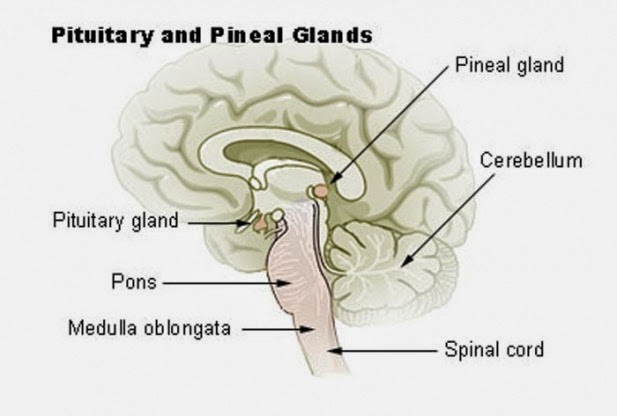 The beneficial effects of the hormone melatonin have been part of the health supplement scene for some time, for high melatonin production is known to be synonymous with a high immune system, a low cancer risk, long life, energy, stamina, and according to many, enhanced spiritual awareness.

Perhaps it is fitting then that this hormone is secreted by the pineal gland, a mysterious little item long believed by mystics to be the "Seat of the Soul," "Me Third Eye," and the organ through which psychic powers are exercised. In fact, it actually functions as an organ of sight in some reptiles, and it still seems to possess some sensitivity to light in higher mammals, since melatonin production increases when the person is exposed to darkness (thus melatonin means "night worker!")
Writes Laurence Gardner:

"High melatonin production thereby increases the facility for receiving and transmitting high-frequency cosmic and local broadcasts, and leads to a greater state of cosmic awareness - a state simply of ’knowing.’
In this regard, it is interesting to note that the Pineal Third Eye has been found to contain very fine granular particles, rather like the crystals in a wireless receiving set."

Many magical rites and meditation techniques are aimed at gaining control of this organ and the fluid it produces: the live melatonin.
Rumor has it that the members of the supersecret society Skull & Bones, to which both George Bush and his son belong, engage in a ceremony called "The Obscene Rite," which involves the consumption of the live pineal gland of a human or animal sacrifice in order to get the fresh secretions.
Supplements bought over the counter are ineffective because, as Gardner explains,

"...their inherent secretions are obtained from the desiccated glands of dead animals and they lack the truly important elements which only exist in live human glandular manufacture."

Aryan bloodline is alien to this planet... There are 13 bloodlines from this kind of stock all of them have a greater or lesser degree the capacity to play host to the shape changer reptiles.

But the Aryan overlords who ruled over mankind in ancient days had a simpler way of acquiring this fluid. Their ancestor-gods, the Anunnaki, had endocrine systems that produced large amounts of this and other beneficial substances, so they drank it straight from the source: the menstrual blood and vaginal fluids of the goddesses themselves. 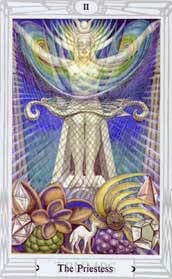 This they referred to lovingly as "Starfire" and drank in a ritual ceremony called the Black Mass, after which the Catholic Mass is said to have been modeled. Later, as direct contact with the Anunnaki ceased, the fluids were collected from sacred priestesses referred to as "Scarlet Women," or "Grail Maidens."

Readers will recognize the Scarlet Woman as the Whore of Revelations, as well as the title which Aleister Crowley gave to all of his sex magick partners.

"These sacred, royal princesses" writes de Vere, "virgins of High Birth and Pure Blood, at an optimum age would be chosen to act as feeding females," whose essences contained such valuable substances as, "oxytocin, prolactin, melatonin, seratonin, adenosyne triphosphate, dopamine, telomerase, and retinol."

There is another important ingredient in the mix here. De Vere explains,

"...many think that only men have semen when in fact women also have it."

And so a Starfire ritual involves the use of a golden straw.

Stich a device would have been inserted into the virgin’s urethra to the depth of about one inch, whilst the partner in the rite inserted his or her finger into the vagina and massaged the "roof of the mouth" or uppermost wall of the canal nearest the open or ’mouth’ of the vagina, behind the pubic bone.
After a few conducive moments perhaps, orgasm would occur and the fluid from the gland would discharge itself through the straw, either into the waiting mouth of the recipient, or onto a "grail platter" or dish held next to the vulva.

Keen readers will recognize this as identical to a sex magick ritual advocated by Aleister Crowley for members of his Order or Oriental Templars (OTO).
The only difference is that his rite also involved the use of male semen which was called the "Red Tincture" or "coagulated blood," while the female fluids were called "Gluten" or "The White Tincture."
Together they made "The Elixir of Life," and in alchemy blood and semen are the primae materia or first matter of the great work.

*"this is the true Key to Magick," writes Crowley. "That is, by the right use of this secret man may impose his Will on Nature herself."  (VN: except we now know about it and it won't be so easy in the future.  Bush's should stand trial for these murders they have committed for the blood ritual. Same with Obama if he is part of this horrific Satanic evil. If he is in office, then I suspect he is part of it.  Putin probably is too.  His eyes are dead, just like Feinstein. )