Mossad Losing its Reputation of Invincibility

Vatic Note:   I find this very interesting.  Remember we and Israel are suppose to be the new German nazi's, and Italian corporatists under Mussolini and we are both slated to be hated and reviled and thus the entire world now, through the work of the Rothschild bankers are set to aid in bringing us down to the same condition Germany and Italy faced after WW II.  Occupied and begging for food with foreign military bases all over the country.  Remember the allies,  Britain and the US bombed UNARMED CIVILIANS IN DRESDEN to the tune of killing 500,000 civilians that one week, pregnant women, children and seriously old people.  Both sides will be funded by the bankers just like Hilter and Mussolini were.  NOTICE WITHIN THIS ARTICLE WHO SUPPLIED MOSSAD WITH THE FAKE PASSPORTS AND CREDIT CARDS FOR THE ASSASSINATION OF THE HAMAS LEADER IN DUBAI???  The AMERICAN "PRIVATE" FINANCIAL INSTITUTIONS. Can you say Goldman Sachs???  Since when did the internation bankers get authority to act on behalf of one nation against another especially when the nation the bankers are from are not enemies of those that were murdered???? THIS SUMS UP WHO THE REAL ENEMY OF THIS NATION AND THE GLOBE really is. Who promotes all this chaos, drama, destruction, attack on human life,  food, water, air, and religion.  Its now clear as a bell.  Its the Khazars hiding behind the Jewish people in their name.

There was a time when the very mention of Mossad, Israel’s premier spy agency, sent shivers through its friends and enemies alike. It had an almost mythical status and its highly trained assassins were the stuff of Hollywood legend. Mossad agents, both men and women, would be parachuted into a country or would arrive on its coastline from a submarine or fishing trawler. Teams providing technical back-up and other logistical support, including vehicles and escape routes, would already be in place. 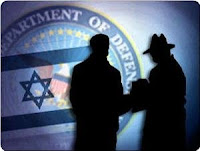 Kidon, as the agency’s assassins were known, would use guns, knives, chemical weapons or secret means of assassination, which left few forensic traces. They even knew how to conceal a bomb in a target’s phone and activate it with a phone call.

Mossad spies also had a legendary status. Some were sleeper agents for decades, living a lie in other communities and waiting for a phone call or coded letter to activate them.

It has therefore come as a shock to the Israeli public and spy watchers across the globe that Mossad is showing signs it is no longer the invincible agency it was once cracked up to be.

A former British intelligence officer, who spoke to AMERICAN FREE PRESS on condition of anonymity, felt Mossad had fallen into the trap of thinking it was so superior to its enemies that it did not need to worry about them. In this officer’s view, it failed to recognize that Israel has fewer friends across the globe and therefore the Mossad’s mistakes, which might have been glossed over in the past, are now more likely to make headlines.

“Mossad was never going to maintain the level of success it once had because countries it targeted in the past have improved their intelligence and counter-intelligence capabilities,” he said. “Mossad has taken on more tasks than it can handle with the assets available to it. There is a finite limit to the number of jobs any agency can handle because training agents for work in the field is a costly, time-consuming job and top-class talent is limited. Few people realize that Israel’s growing dependency on the CIA for running ops in the Middle East is a sign of Mossad’s limitations,” the former intelligence officer explained.

The assassination of a Hamas leader in Dubai in 2010 was an operation the former intel officer singled out as an example of Mossad’s decline. The 11-person hit team that carried out the Dubai killing was caught on camera and the agents’ identities were compromised.

So, too, was the way they operated, using fake passports and credit cards supplied by private American financial institutions. The operational base used for the hit was located in Europe, not Israel, but even some of the people who ran it are now known to the German authorities.

The former British spy has this to say about the Dubai hit: “It was a disaster and it did a lot of damage to Mossad. Having those operatives on camera and later on an Interpol wanted list means their training was wasted. They are of no further value in the field. For that to happen was proof, if anybody needed it, that Mossad had become sloppy and overconfident.”

There is now evidence Mossad has recently been dealt an even bigger blow by the exposure of 10 of its spies in Iran, where it has been busy running a dirty war with the direct assistance of the CIA and U.S. Special Operations agencies. One element of this undercover war has been the targeted assassinations and abductions of Iranian scientists and other Iranian nuclear experts.

Some of the Mossad-CIA operatives used in Iran were trained at a joint Mossad-CIA facility within an Israeli base close to Herzliya on the Mediterranean Sea coastline. The base is classified within CIA files as one of a number of U.S. military-intelligence sites in Israel.

The sites have numbers from 51 through 56. Most of the sites contain military and technical equipment to be used in the event of a war with Iran but the one at Herzliya is also reserved for managing combined CIA Mossad operations aimed at Iran.

The Mossad and the CIA appear to have underestimated their Iranian counterparts because it took just one year for Iran’s internal security apparatus to unmask the spy network, which Iran says was involved in killing one of its scientists. Among the spies seized was a young man who admitted he was trained by the Mossad in electronic surveillance and counter surveillance, as well as in techniques for attaching bombs to cars.

Israel did not deny Iran’s claims about the spy network. In the past year, Iranian intelligence has also captured and executed leaders and senior fighters of the Jundallah terror network, which has been used by America and Israel against Iran. [See AFP issue 1/2, 2011 for more.—Ed.]

Much to the displeasure of Mossad and the CIA, Pakistan has begun handing over Jundallah fighters it has captured to the Iranian military, as well.

Richard Walker is the pen name of a former N.Y. news producer.