The Destroyer: Our Binary Partner and Why You Will Not See It Coming

***  Update on the UFO video:   We found another video to replace the one that was gutted.   Its not near as good, but it makes the point and notice the lighting brightens after the UFO shows up and then reduces when the UFO takes off.   It was speculated that it came to disarm a nuke in the temple Rock.

** Update on the twin orb:   It appears that the sphere I saw and mentioned below is mobile. Found this photo this afternoon, and it looks exactly like what I saw the first time.  Also, today, the 2nd round body is gone, that means  Its huge... and mobile.   What the heck is it?   Is that the star wars money hole we have had since the early 80's and nothing to show for it???  Is this a manmade death star???  Is this what is messing with our sun???  Is it causing the pole shift??? Lots of questions and no answers.  Its moved after I mentioned it below and is now no where in site at all.   That is too quick and too strange.

Vatic Note:  You are not going to believe this, but I believe it's already here. How do I know? Well, for the first time in my life I can look directly into the sun at around 4:30 PM mtn time and when I pull my eyes away I see "two" round balls of light in my eyes. I swear, its as if it is traveling right next to and down on the right about 25 degrees down. I did this before but they were further apart, now they are much closer and I think the smaller object is disbursing some of the light and picking up some of the light from our sun and leaving an imprint. If nothing else, make a sunviewing cardboard box with a mirror at the bottom so you can see what I am saying or early sunrise would work as well. Normally you cannot look directly at the sun without going blind, but I have done it twice now. I do not recommend you do that, but I just had to know since the sun was not normal to me. Growing up in rural America, you notice all these things in nature since you are around them all the time with nothing to distract you. So clouds and sun were my friends. lol Anyway read this and decide for yourselves. Enjoy.

The Destroyer: Our Binary Partner and Why You Will Not See It Coming
http://beforeitsnews.com/story/399/700/The_Destroyer:_Our_Binary_Partner_and_Why_You_Will_Not_See_It_Coming.html
Sunday, February 06, 2011 2:01, The Intel Hub, Reporter

Intel Hub Editors Note: Normally the Intel Hub does not run articles of this nature but Lucus has documented the possibility of this brown dwarf star so heavily that ANY real researcher cannot simply ignore it. By Lucus, Rabbithole2.com, February 6th, 2011 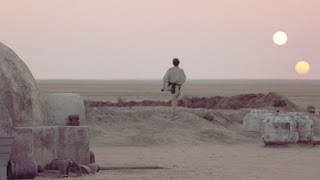 (VN:  The photo is exactly what it looked like the first time I saw it,  and now they are closer together)

The Destroyer is most likely a brown dwarf star that’s too cold to be seen and in a perpetual dance with our Sun. So many people want to label The Destroyer as a planet, or planet x. When NASA tells you that there are no large planets in our solar system that have gone undetected, they are not lying. Any large planet that would be big enough to affect Earth by passing us would have been seen by amature astronomers and would be all over the internet by now. A brown dwarf star, locked in a binary orbit with our Sun, would be a whole different story. It can only be seen with high power infrared telescopes.

The Case For a Brown Dwarf Star

Brown dwarf stars are very hard to detect. In fact, the first one was not even verified until 1995. Here is a clip from Wikipedia.

1995: First brown dwarf verified. Teide 1, an M8 object in the Pleiades cluster, is picked out with a CCD in the Spanish Observatory of Roque de los Muchachos of the Instituto de Astrofísica de Canarias.

Some more proof of that would be to go to Google Images and search for a picture of a brown dwarf star. They just don’t exist. You will find many artists renditions, but, only one single image of a brown dwarf, the one described above.

The Infrared Astronomical Satellite (IRAS) was the first-ever space-based observatory to perform a survey of the entire sky at infrared wavelengths. Launched on January 25, 1983, its mission lasted ten months. The telescope was a joint project of the United States, the Netherlands, and the United Kingdom.  (VN:  Hmm, CFR,  Rhoades, Bilderberg, all three countries with the globalizing elite and where many of the Khazars relocated when chased out of Khazaria).


Now, going back to the 1983 Washington Post article, we find these following statements.

The most fascinating explanation of this mystery body, which is so cold it casts no light and has never been seen by optical telescopes on Earth or in space, is that it is a giant gaseous planet as large as Jupiter and as close to Earth as 50 billion miles.

The mystery body was seen twice by the infrared satellite as it scanned the northern sky from last January to November, when the satellite ran out of the super cold helium that allowed its telescope to see the coldest bodies in the heavens.

Whatever it is, Houck said, the mystery body is so cold its temperature is no more than 40 degrees above “absolute” zero, which is 456 degrees Fahrenheit below zero. The telescope aboard IRAS is cooled so low and is so sensitive it can “see” objects in the heavens that are only 20 degrees above absolute zero.

Also, going back to the 1982 Newsweek Article “Does the Sun Have a Dark Companion” you find these statements.

When scientists noticed that Uranus wasn’t following its predicted orbit for example, they didn’t question their theories. Instead they blamed the anomalies on an as yet unseen planet and, sure enough, Neptune was discovered in 1846. Now astronomers are using the same strategy to explain quirks in the orbits of Uranus and Neptune. According to John Anderson of the Jet Propulsion Laboratory in Pasadena, Calif., this odd behavior suggests that the sun has an unseen companion, a dark star gravitationally bound to it but billions of miles away.

Starting to make sense now? The IRAS was launched to look at super cold objects in the infrared range. IRAS found a super cold object in the constellation of Orion that CAN ONLY BE VIEWED with telescopes like IRAS…Nothing Else.

Below is a wonderful documentary that is a must see for those interested. It explains the precession of the equinoxes and makes a pretty clear case that we live in a binary star system. Keep in mind that MOST STARS are in a binary orbit with one or more stars and if the Sun was not, it would be the exception.

The 1987 New Science and Invention Encyclopedia

Here is another piece of evidence. It shows in the image that the Pioneer Space Probe was sent out to the “Dead Star”. Here is a scan of page 2488.

Most likely the Destroyer in not a planet, comet, asteroid, or any visual body. It is a brown dwarf star. The star is locked in an elliptical orbit with Earth’s Sun.

Brown dwarf stars are so cold, only a few degrees above absolute zero, that they can not be seen with the naked eye or even conventional high powered telescopes. That would mean that it absorbs light and does not allow the light to reflect back. To the naked eye it would just appear as a big super black circle. The only way a backyard astronomer is going to see the Destroyer is if they notice a black circle that seems to be blocking the stars from behind it. Once it gets much closer to the Sun, the interaction between the two may cause it to become visible.

IRAS, a telescope specially designed to locate super cold objects, found an object as big as the planet Jupiter in the western edge of the constellation Orion in 1983. The object discovered can only been seen with a telescope like IRAS and nothing else.

So, the next time someone with a forked tongue and a foul attitude tries to deploy the usual cookie cutter reply “If there was a planet out there we would have seen it by now” usually followed by some sort of childish ad hominem personal attack on your grammar, spelling, or personal life, you pull out your information on Brown Dwarf Stars, and go to town.

Rev 12:3 And there appeared another wonder in heaven; and behold a great red dragon, having seven heads and ten horns, and seven crowns upon his heads.

Rev 12:9 And the great dragon was cast out, that old serpent, called the Devil, and Satan, which deceiveth the whole world: he was cast out into the earth, and his angels were cast out with him.

Read the “Dragons, What Are They and Where Did They Come From” article to understand what dragons really are.  http://rabbithole2.com/news/discoveries/dragons_what_are_they_and_where_are_they_from.php

Vatic,I have been a Sungazer for years.I believe it's very healthy for people. This is best done 1/2 hr. before Sunset,or a 1/2 hr.after Sunrise. You can get vitamins and minerals from the Sun,It helps open your pineal gland.Also, some people report not having to eat,and better eyesight as a result of this practice. I would suggest doing this in 15 second intervals,and increasing the time by 15 min daily.(Some advise 10 seconds a day)You can find more info at Sungazing or Sungazer.com.In Winter I tend to knock it off,due to the cold,and getting the insulation up on my sliders.I'm very interested in what you have said about the binary star,so maybe it's time to check this out.Will report what I see.Some suggest Betelgeuse is breaking down.Of course being umpteen light years away ,it's hard to tell when this will(has) happened.As a result we should see 2 Suns.Some think Nibiru is out there.It's hard to tell.I have noticed that even on beautiful,crystal blue clear days.They still manage to lay down Chemtrails in the low western sky, right before the sunset.Is this a way of hiding this? Brock