U.S. Government Plans to Push Americans Out of Suburbs to Move in Planned Cities (video)

***Fundraising status - We are still at a deficit of $140 needed by the first of July.  We ask that if you have benefited in any way by our work, and can afford it, that you please help us reach that goal before the first of July, by donating anything you can to our efforts, at the pay pal button off to the right of the blog.  God bless you all who have supported us for these past 6 years.   We are eternally grateful for that gracious support both financially and encouraging us on our path of truth seeking.
There is definitely no question that we live in very very interesting times.

Vatic Note: We published a blog on this subject, about how the Powers that be have experimented with this idea in China, turning China from an agrarian society into an urban ant colony for purposes of total control of the slave population.  If it works in China, then we will be next.  Now that is assuming they will try after their attempt to depopulate us using a soft kill  method like chemtrails,  poisoned food, and flouridated water.

If the big portion of the sheep don't wake up pretty doggone fast, they just might succeed.  I am waiting to see how the Chinese adapt to this barbaric and inhumane practice of penning humans up like animals and ensuring they have no life outside of work and no future.  Slavery is all they can expect, and their children raised, abused, and indoctrinated into Zombies to ensure the safety of the brutal satanic devils doing all of this.

Lets hope we can stand up to the requirements at the same level our forefathers did and free all of us up from a locked down repression that is soul destroying to say the least.    If IBM or any other corporation cooperates in this horrific scenario of repression and imprisonment, then they must be considered traitors to our nation and to our people.   Once that has been established as a fact, then the gloves can come off for all those who choose the wrong path.

The good news is, people are getting damn mad and I am glad to see it.  I just ran into a large group of french people in my small town and they know what we know and that is very encouraging.   In some ways we are globalizing against the globalists.  Now how ironic is that ?   The Satanists are definitely brilliant on strategy, but suck on implementation, and for that I am grateful.


U.S. Government Plans to Push Americans Out of Suburbs to Move in Planned Cities (video)
http://vigilantcitizen.com/latestnews/u-s-government-plans-to-push-americans-to-leave-suburbs-and-move-in-planned-cities-video/
By Vigilant Citizen,


Agenda 21 is an United Nations “action plan” that basically defines how citizens will live in the 21th Century. Under the guise of “eco-sustainability” and other “you-must-agree-with” buzz words, the plan ultimately reduces the freedoms and living conditions of citizens, not to mention reduce individual and property rights. A major component of this action plan is to get citizens out of rural and suburbans areas to get them to live in dense, highly planned and controlled mega-cities. The elite wants to see citizens use less space, own less land and real estate and they want them to fully depend on state-owned public transportation.
Corporations like IBM are highly involved in the creation of these “smart cities”.

IBM has massive contracts lined up to create “smart cities”. And they are promoting them BIG TIME.

Concrete action is now being taken to push this plan forward. The U.S. government is looking to implement new policies to discourage people from living in the suburbs and to promote living in major cities. Here’s a report from FOX News about the plan. However, don’t be fooled: While the report blames Obama and the Democrats for the plan, it was already in action when Bush and the Republicans were in power. Plans of the world elite advance no matter who’s in power.. Here’s the report.

Viewing this report reminded me of a short video I posted on Vigilant Citizen two years ago named “Planne-Opolis”. Created by the Forum for the Future (which was funded by corporations such as Bank of America, the City of London Corporation, PepsiCo UK, Time Warner, Royal Dutch Shell and Vodafone) the video describes how a planned city would work. While the little cartoon woman attempts to make it all seem amazing, the implications of this video are nothing less than chilling.


Here are some of the “lowlights” of the video:
Other scenarios conceived by Forum for the Future are slightly different but they all have common threads: drastic reduction of rights, privileges and freedoms; constant reference to  “an elite” having exclusive rights on cars and other luxuries; state controlling all aspects of life. 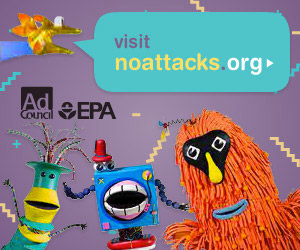 “Makes much sense, doesn’t it?” Nope, and get off my property
The article is reproduced in accordance with Section 107 of title 17 of the Copyright Law of the United States relating to fair-use and is for the purposes of criticism, comment, news reporting, teaching, scholarship, and research.
Posted by Vatic Master at 1:30 AM