Vatic Note:   One of the stated ways the Illuminati intended to gain control over the globe, was to abolish resistance to their take over, by attacking religion (ethics and morality) and all that family is:   Marriage,  bonding,  children,  siblings, generational relationships and it all begins with a centuries old tradition of man and woman as the beginning, in a traditional marriage based on religious precepts and practices/rituals.

The foundation of such practice was the tracing of the roots of individuals through their connections to their families over centuries.  Most people do not realize that state licensing of marriage was originally done by religious entities, and was not a state initiated practice, it was a religious practice at first.  In ancient times family lineage was so important, that it was an oral tradition to be able to recite that lineage verbally without written records.   That is how Christians knew that Jesus was from the line of King David.

It was only with the religious traditions that such verbal history could be tracked.  It became so important, that the religions began to write it down for history and permanent records of the families (genealogy).   Well, since then and with the advent of government control, that practice of recording the event became state law and governments took over the tracking business. All of this was based on a traditional marriage of a man with a woman, and the family carrying the name and line of the husband.

So, what has happened since then?  Through control of the press,  movies,  TV, Federal governments, and  other illuminati owned and operated systems,  the family, per se, has come under serious attack to break that sense of belonging and history through the family, leaving only the government as the source of belonging, power, principle, ethics and control.

If you want to lessen the importance of that genealogy, then how do you attack it effectively?  By changing the tradition, into an abomination and substituting that generational connection with the government of the day.  No more reaching back, and living according to their religion and long term family passed on traditions and ethics with marriage as the foundation of such history.

Instead, the cabal promotes homosexuality and transgender marriages where no blood line tracking is possible since neither can reproduce children of their same genealogical bloodlines.  Then that connection and sense of belonging is gone, and mankind then has no foundation upon which to base that resistance. We see today how that is beginning to work.  Anyway, this is a very interesting perspective by the author and well worth the read.  (/span) 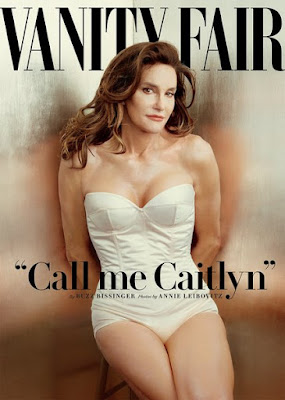 The 'climax' of the Bruce Jenner 'transition' from male to shemale makes clear once again that these are not random events. It's a Psychodrama, with cultural, political impact.

Planners behind the scenes cause the Psychodramas - just as the Archons sponsored the Greek ampitheater plays in Athens, for the same reason.  The dramas told the Athenian public their ethics and values, and these could be changed from year to year through making changes work in a script.

The light went off when I saw this news that the International Olympic Committee has issued a statement in response to an alleged petition to have Jenner's 1976 medals revoked  -- because he has admitted "he's a woman".

Remember when the Soviets and East Germans were caught injecting their female athletes with male hormones?  That was during the 1970's.

"The IOC has had difficulty in the past defining the difference between men and women as it pertains to athletic competition. While it's rare, several athletes -- mostly women -- have been found to have genetic anomalies which place them somewhere in between traditional labels of "male" and "female."

So that's really why Big Media has made a 'Cinderella' story out of a 70's American Olympic athlete.  Because it ties in with the disqualification of  'Trans Women' 40 years ago.

As  for Jenner, he's obviously mentally ill.  I believe he's under very heavy programming.   Who knows?  This role may have been planned for him 40 years ago.  After all, there was David Bowie, Elton John, and 'Glam Rock' introduced five years before Jenner won the gold.   The destruction of manhood has been a long term agenda.

Just watch -- this isn't done yet.   I predict the next Olympics will focus on TRANS-SEXUAL athletes. Just as EUROVISION  'climaxed' with this abominantion...