Vatic Note:   What this below proves, is that the issue of GMO never was tied to saving farmers,  or the soil  or anything else that would benefit humanity.  So far it has only benefited the super weeds.  (I couldn't resist.)  Read this below and see just how far its possible to turn this entire issue around.  This is an excellent read, especially when you see how bogus and phoney the entire hype about the GMO has been and costly to family farms, some of who are no longer with us.  That is to our dismay.

Add this to the recent happenings in Greece and in Canada, and it appears the globalists are having a bad hair day.   Nothing they have spent years working on, is turning our for them.  And this appears to be only the beginning of a new trend.   Lets hope I am right and justified in my feelings and assessment.  We will see.  Its our turn for some good news these days. 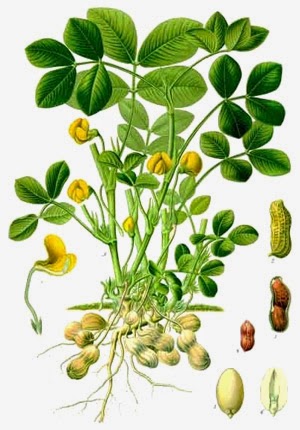 If so, you've missed the great unpublished story – all the non-GM breakthroughs solving precisely the kind of problems (drought-resistance, salt-resistance, biofortification etc.) that GM proponents claim only genetic modification can provide the answer to.

While often speculative claims of potential GM "miracles" win vast amounts of column inches, the non-GM success stories generally get minimal if any reporting in the popular media. Without GM's often exaggerated crisis narratives and claimed silver bullet solutions, it seems there is no story!

The biotechnology industry and its PR people are keen to keep it that way, particularly because the non-GM solutions are often way ahead of the work on GM. They also bring none of the uncertainties that surround GM.
All of this makes keeping track of the many non-GM success stories especially important.


The GM breakthroughs that never were

Another reason it's important is because – thanks to the lack of success with GM "solutions" – non-GM success stories can end up being claimed as GM breakthroughs!

A classic instance is provided by the UK Government's former chief scientist, Professor Sir David King, who has repeatedly used non-GM breakthroughs as evidence of why we need to embrace GM. In one case, King claimed a big crop yield increase in Africa was due to GM, when it did not involve the use of any GM technology at all.

On another occasion, King claimed a big success for GM flood resistant rice when what he was referring to was in reality a non-GM crop!  In both cases King was under pressure to provide compelling examples of why GM crops were needed.

But far from King's examples showing why we need to embrace GM, they show the exact opposite, i.e. that we need to stop being distracted by GM and to get the funding and support behind the non-GM solutions to the problems we so badly need to address.

If you look at the menu on the top right it gives links to just some of the many non-GM successes we have come across. It's worth noting, incidentally, that some of this progress is being made with the help of biotechnological approaches, like marker assisted selection, that do not involve the same kind of risks and uncertainties as GM, and which are in fact making GM obsolete. You can read more about this here.

In summer 2010 Monsanto bought out part of a West Australian cereal breeding company, Intergrain. An Intergrain spokesman explained Monsanto's interest like this: "A really important concept is that biotech traits by themselves are absolutely useless unless they can be put into the very best germplasm."

The process operates like this. The biotech company raids the germplasm of natural crop varieties that have been developed by farmers and breeders over centuries for the desired traits. It uses conventional breeding and sometimes marker assisted selection – not GM – to get the plant it wants. Its own proprietary genes are added primarily so that it can patent and own the seed and resulting crop.

This GM tweak often adds nothing to the agronomic performance of the crop but is usually either a Bt toxin to kill insects or a herbicide-resistance gene that allows it to be drenched in herbicide. But it has one magical effect – on the biotech company's profit margins.

This process is never disclosed in the industry's hyping of its new crop varieties to the media. The questions we should all be asking are these: which natural parent variety or varieties did the company pirate for its GM variety? How much improvement was made in the parent variety by conventional breeding and marker assisted breeding, aside from the GM tweak? How do the natural parent variety, the non-GM improved variety, and the final GM variety compare with each other with regard to the desired trait in side-by-side field trials?


In other words, how much value was added by the GM manipulation?

The answers would be educational. But we won't usually get to hear them because the information is commercially confidential. And so the biotech companies are able to maintain their seductive lie that GM is necessary for the future of plant breeding.

In late 2010 came news of an important breakthrough regarding a drought-tolerant variety of corn/maize. Syngenta, we were told, "is leading the charge on a new generation of corn designed by its scientists to withstand drought".

Syngenta's Agrisure Artesian drought resistant corn will be a GM corn, but not because GM led to the breakthrough – it didn't. The drought resistance was obtained via conventional plant breeding and marker assisted selection. But unrelated herbicide tolerant and pesticidal transgenes were subsequently added to turn it into a GM variety.

As one critic noted, "They could have released the non-GM variety without the added transgenes... This could have benefited many farmers in countries which are suffering from droughts but which do not allow GM crop production. So much for trying to solve global food security."

Although there has been a massive amount of hype about how GM is the way to deliver drought-resistant crops, non-GM plant breeding has been much more succesful. To date there is not a single GM-bred drought-tolerant variety on the market.

Go to the menu above (Below) right for links to many more non-GM successes.