***Fundraising - Fundraising began the 15th and believe me when I say we need it, due to serious harassment.  I am now on my third computer so far this month.  If not for the generosity of my computer guy who reads the blog, I would probably be out of business with it.  He has absorbed all costs so far to these problems. He has secured our current computer cryptically and so far we are still in business.

Our deficit is down to $225 from the original $350 and is needed by the first of the month. We wish to thank the generous donors for those gifts, and for the support the donors have shown in so many other ways.  If you can afford it and wish to aid us as a team to take on exposing the underbelly of the NWO beast, then we ask that you donate to the cause off to the right of the blog at the pay pal button showing. We are also providing proof that they may well lose this battle.

We appreciate you support in reading, distributing and contributing financially to this blog. Without your help we could not do this work.  God bless you for your commitment to doing the right thing and supporting those who do the labor.  I truly believe we will prevail.

Vatic Note:  At first, I did not understand how the Israeli's got this way.  But then I remembered, these are not Sephardic Jews of the Bible.  These are the Khazars.  90% of those that call themselves Jews are Khazars and have not one drop of Jewish blood in them nor are they religious as we know being religious.  They worship Satan and follow his teachings, but they do it under cover of the Talmud which they change as needed to accommodate their acts in line with Satanic rule.

They got kicked out of Mongolia, which means, you have to be pretty damn bad to be kicked out of a country that pandered to criminals and gave them safe haven in their country.   So what did these khazars do to deserve being kicked out?   Well, after reading this below, we can certainly understand it now.

They have no sense of "other" or even a smiggen of empathy or compassion and definitely no Humanity.  They are clearly their own worst enemy.  Its evident in their history from about 700 AD to present.   Remember, they are and always have been pagans.

They adopted the Jewish religion for a political purpose and because they would be the majority, they chose Judeaism over the other 2.  Now we see why they wanted to be the majority and why they murdered so many Christians when they took over Russia and helped to gain control over Germany as we recently learned.  They massacred Christians in Germany and are now doing the same thing in Syria.  Its revenge for the loss of Khazaria.  Please read below and see if you agree with the author. 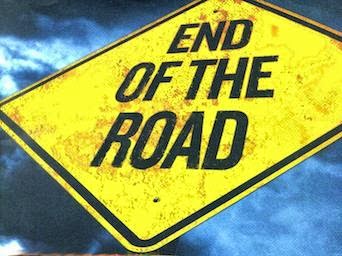 1.     Mass expulsion – ethnic cleansing of the entire Palestinian population from territories controlled by Israel.  Such action may sound unreasonable or even phantasmic, but it is actually consistent with Zionist ideology and has many supporters within Israel and within the current Israeli cabinet.

Moreover, oppression and brutality are embedded within Jewish political culture and even within the culture of the Jewish Left*. Clearly Israel possesses the military capability and fire power to proceed with such a plan for Nakba II.

2.     Exodus – mass emigration of Israelis who, quite reasonably, prefer to run for their lives.  This option is obviously embedded within the exilic Jewish culture and completely consistent with Jewish diaspora identity. Emigration is available to most Israelis at the moment. However, it is likely that as violence in the region continues to escalate and Israel finds itself complicit in more and more war crimes and human rights abuse, Israelis may find out that their freedom to travel around the world is gradually restricted.

3.     Buying time –Israel’s favourite option. And certainly Benjamin Netanyahu’s preferred policy.   While both the 1st and the 2nd options are consistent with Jewish ideology, heritage and culture, it is the 3rd option that has been chosen by Israel’s governments for decades. It entails constant devastation of Gaza by means of medium scale massacres in the hope that Palestinians will eventually surrender and accept the domination of the Jewish State.

Just a month ago it seemed as if only divine intervention could save the Palestinians. However, as things stand at the moment, even God may find it difficult to rescue his favourite people. Israel has sunk into a fatal political, military and ideological paralysis. The destiny of the Jewish State has been revealed. It has no future in the region.

The key to understanding of Israel’s paralysis is not complicated. As much as Israelis favour the deployment of their devastating military might and its fire power, Israelis do not like to be caught with blood on their hands. As much as they like to kill, they hate to be the killers. This dilemma has matured into a political, ideological, strategic and spiritual deadlock. It puts the Jewish State into an impossible scenario that makes dwelling on someone’s else land simply unimaginable.

Noticeably absent among the viable options above is peace. Reconciliation is not a viable concept anymore. The notion of ‘peace’ as we understand it in the west (harmony and reconciliation) does not exist in modern Hebrew. The word ‘shalom’ that is commonly translated as ‘peace” is understood by Israelis as ‘security for the Jews.’

Israel has had plenty of time to reach harmony and reconciliation with the Palestinians. But it didn’t happen and for a reason. Israel is the Jewish State, it is ethno centric to its core, it is blind to the notion of universal rights and totally dismissive of the Palestinians and their rights.

It may be crucial at this point to add that the final stage of the Jewish State and the genocidal enthusiasm in which it manifests itself,  throws a devastating light on Jewish culture and the dangerous aspects that are entangled with Jewish identity politics and Jewish national collectivism.

The Wandering Who? A Study Of Jewish Identity politics and Jewish Power in particular – available on Amazon.com  & Amazon.co.uk

* It was Stalin’s ‘willing executioners’ who wiped out millions of Ukrainians in the name of ‘collectivization’ in the 1930s (Holodomor). It was the Yiddish Speaking International Brigade that massacred Catholics and burned their churches in Spain (1936), once again in the name of the ‘revolution.’ It was the Zionist Left which expelled the Palestinians in 1948. Killing en masse in the name of a great ideal, be it Moral interventionism, Gay rights, or even Jewish suffering, is unfortunately, consistent with Jewish political culture and attitude.